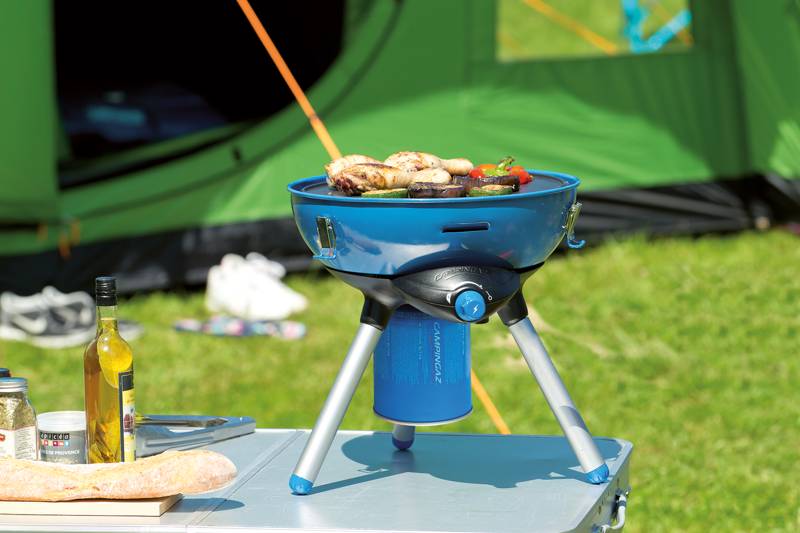 Want a wide menu on your next camping trip? The CampingGaz Party Grill 400 is making a claim to be all things to all people, a versatile cooking gadget for the great outdoors that’s part barbecue and part camp stove. It’s the predecessor to the earlier Party Grill 600, which was far larger and had extendable legs to make it stand and look like a barbecue. This newer, smaller model is aimed more squarely at camping trips, however, with a more convenient scale for travelling. We decided to check it out.

In the box, the Party Grill 400 doesn’t come with the initial gas canister, so you’ll have to buy it separately. It takes CV470+ and CV300+ cartridges. It’s quick to assemble – you basically just have to screw on the handles – though you’ll need a Phillips head screwdriver to finish the job. It only took a minute or two. Once done, you don’t need to dis-assemble and reassemble again with the screwdriver, you simply unscrew the legs by hand (they fit inside the stove) and stick it in the convenient carry bag provided. It doesn’t pack down ultra small, especially when compared with some regular gas stoves, but its shape and size is part of what allows the versatility.

The first thing that struck us about the Party Grill 400 was the idea of having a portable barbecue that offers a genuine solution to the now ubiquitous disposable barbecues that clog up campsite bins, scorch campsite meadows and are often not recyclable (or very difficult to recycle). So, first thing to do was fire it up with some sausages and use it as a barbecue.

As a barbecue, the Party Grill 400 worked well. Naturally, you lose out on the flavouring charcoal provides, but the level of heat is easy to control and the flame level is consistent. Given the life of the gas canister compared to a bag of charcoal, the Party Grill 400 works out as the cheaper option, plus you don’t have to wait for it to heat up. Our sausages were done in no time and evenly cooked (save for a few that were neglected by the chef!). If you want a larger barbecue surface – and the standing height of a barbecue – the Party Grill 600 remains the better option.

Next up was the grill/griddle. Again, flames were even and didn’t lick up the sides of the griddle. We curiously followed the instructions to fill the bottom half of the stove with water (up to a marked line) and set about our cooking. The water trough turns out to be, in fact, a genius idea. As fat drips off the griddle it runs down into the water, where it blobs and bobs and waits. Once finished, it’s like it’s been pre-soaking ready for a wash and none of the dirt has been cooked on to the stove. You simply pour it out and it’s already almost clean.

Our last use of the stove was to take off the lid, flip it around and use it as a wok, one of the quirky features of the Party Grill 400. We were a little sceptical but, even if we say so ourselves, we cooked up a storm in the form of some tasty fajitas. It did the job, worked well and, as a regular gas stove, the Party Grill 400 worked just fine. A click ignition means you don’t need matches to light it and it would pair nicely with a travel kettle for boiling water.

In all, the CampingGaz Party Grill 400 was a versatile stove and a good alternative to a barbecue. It was easy to clean and the lid, that can also be used as a wok, proved more than just a gimmick. The short detachable legs mean it doesn’t have the stature of a barbecue but they allow it to pack down conveniently. That said, this is still a slightly bulky stove, that’s a little cumbersome to fit into the polyester carry bag (the fit is a bit loose and not a perfect shape) and it’s not lightweight for something like a backpack. For a festival or family camping trip it would work well. 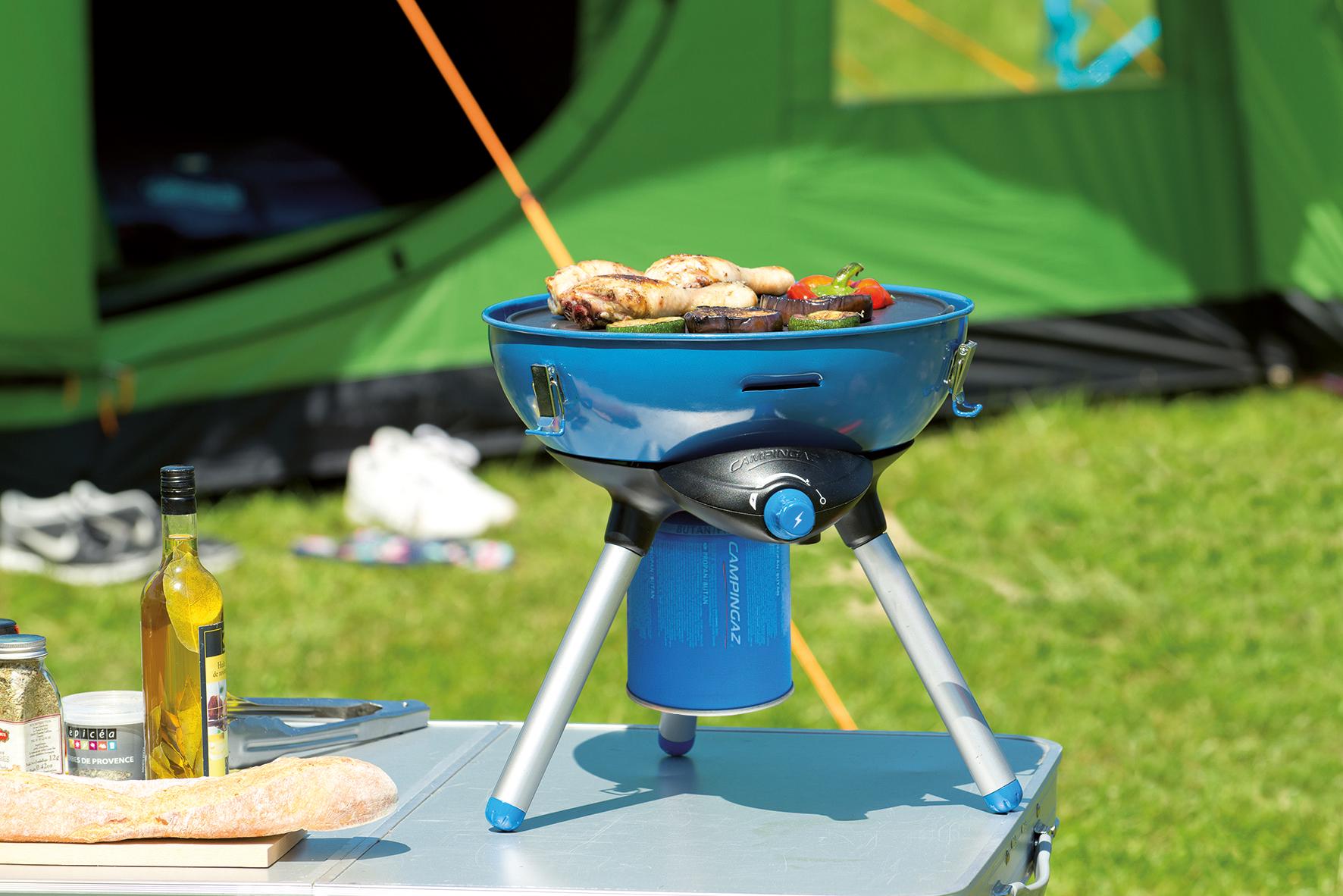 This is a good, versatile family stove that allows you to barbecue food as well as boil water and cook on like a regular gas stove. Its recommended retail price is quite high but it's available at a reasonable rate in many outlets and would work well for camping trips with the car, at a festival and with family. For lightweight camping and backpacking trips, it’s still a bit too bulky, but that's not its target market anyway.

The CampingGaz Party Grill 400 is available now (RRP £110). Visit campinggaz.com for further information. Cool Camping were provided with this product to test free of charge; opinions are our own.