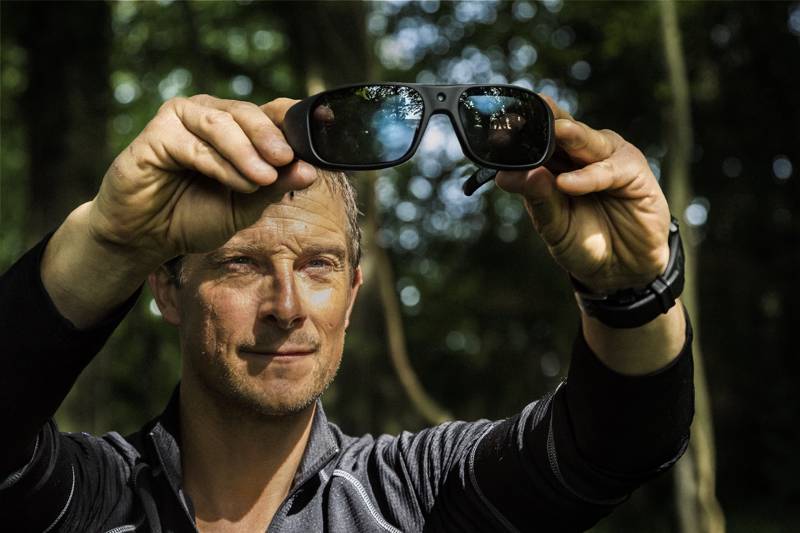 From HD video eyewear to portable power banks, adventurer Bear Grylls is launching a new range of 'outdoors tech' for the next generation of explorers.

As one of the most recognised faces of survival and outdoor adventure, Bear Grylls is most commonly known for his pared-back approach to outdoors living. Whether it's squeezing the last drops of liquid from an exotic plant or using dried out elephant dung to light a campfire, the man is more about surviving with his bare (or should that be Bear?) hands than the latest gadgets. But today it has been announced that Mr Grylls is keeping campers on the side of caution, with a newly released set of 'outdoor tech' designed for adventuring without the worries of survival.
“You can't go on an adventure without being prepared, and having good equipment that works well is essential", Bear Grylls commented on the launch of his new products, which include an 8,000mAh solar power bank, as well as more fun gadgets, such as point-of-view filming eyewear. "This durable range incorporates the very latest technology, empowering new and seasoned adventurers and young explorers alike.”
Raring-to-go in all weathers and environments, the new range includes a Bear Grylls HD Action Camera that comes with a full accessory kit and the aforementioned eyewear, which films from a miniature camera alongside the lens. As you move, look and carry out your actions, the camera follows your gaze, giving personal footage of your journey. The glasses don't look too clunky or awkward either.
And, while action cameras and snazzy glasses seem to be grabbing the main attention, a collection of more functional tech has also been released, appropriate for those who care less about their instagram timelines and more about the time left on their GPS. The power banks in the new Bear Grylls range include a 20,000mAh four-port beast that can charge up to five devices at the same time, while a 10,000mAh wireless version will apparently recharge a smartphone five times and a tablet twice (easily enough for a long weekend’s camping holiday). There's also a smaller 3,000mAh power bank that fits into a pocket too – more suited to festival goers and short weekends – and a larger 8,000mAh solar bank, which has four, fold-out panels for capturing the sun's energy. A smaller, more water-resistant version of the solar charger is also available, for wetter climes as well as those rechargeably sunny ones. 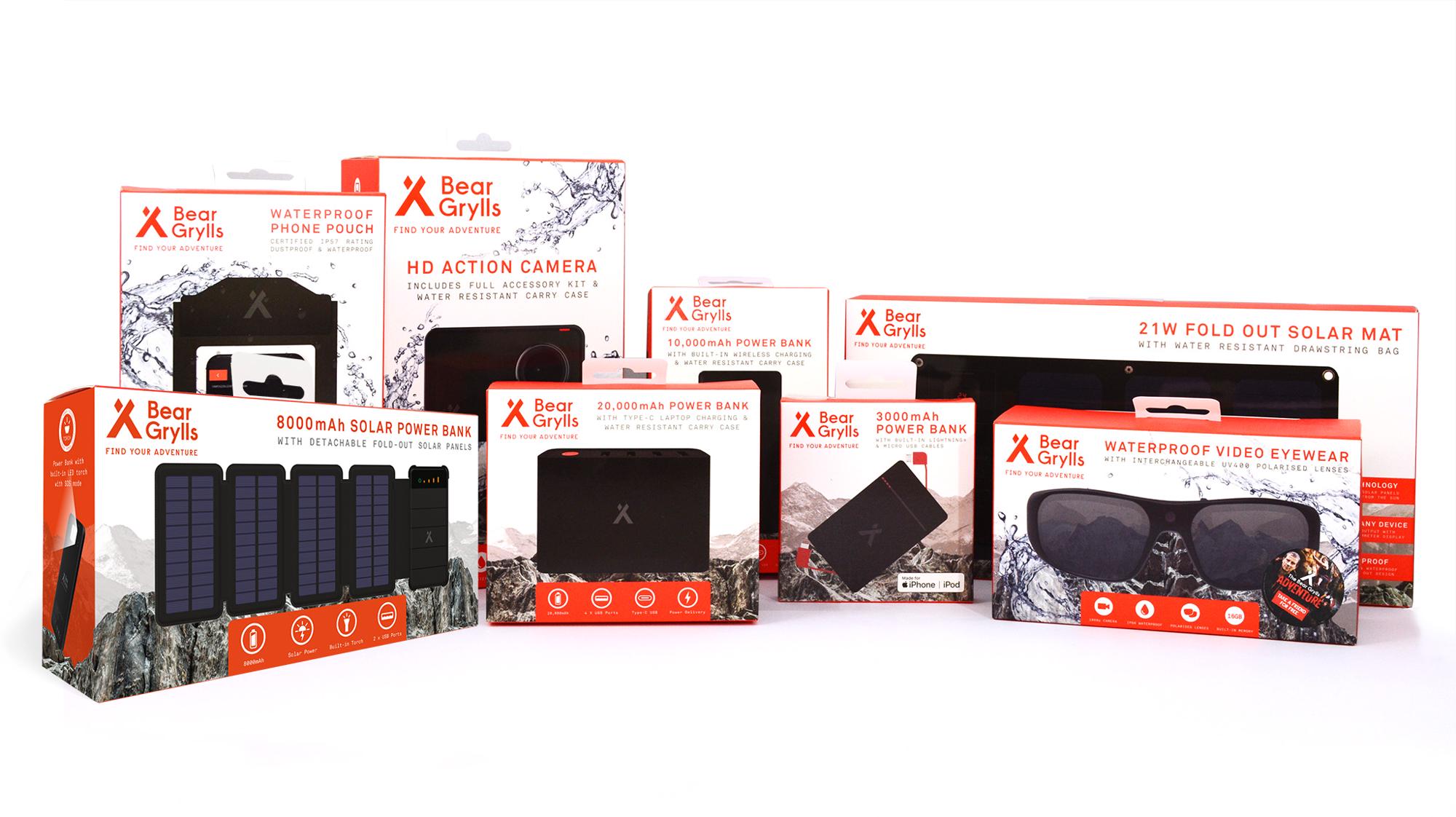