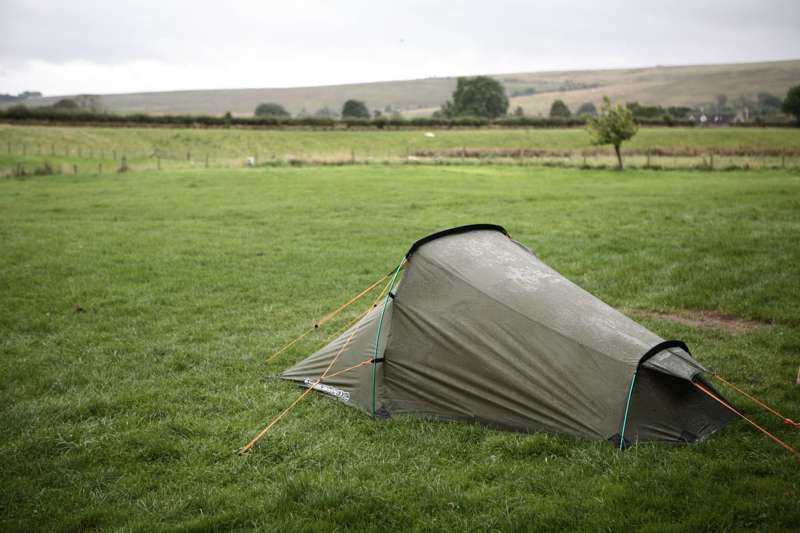 10 reasons you MUST go camping in Northumberland

Home to more castles than any other county in England and awash with beautiful beaches, Northumberland is a truly exceptional place to holiday. Over the years, we've been camping here numerous time and, on every visit, have uncovered somewhere new and exciting to share. Whether it's a tiny camping bolthole on an old sheep farm or a more up-market glamping site in the grounds of a B&B, there are heaps of incredible places to stay beneath the stars and we believe there are few finer places to sit around a campfire in all of the UK. You can discover all of our favourite campsites in Northumberland HERE. As for the reasons why love them so much? Well here are just a few...

1.    Northumberland is officially recognised as the best place in England for star-gazing.

In our view a place that is fantastic for star-gazing is fantastic for a camping holiday too. Here, at Cool Camping we like nothing better than spending an evening relaxing around a campfire gazing up at the stars – and they seem to shine brighter in Northumberland. A whopping 572-square-mile area of sky above the Northumberland National Park has been designated an International Dark Sky Park – the largest protected night sky in Europe! Spotting the Northern Lights, or Aurora Borealis, is a real possibility here too.

2.    There are 30 miles of brilliant beaches on a beautiful coastline.

The Northumberland coast is awash (pardon the pun) with beautiful beaches – from the dune-backed sands of Druridge Bay to Bamburgh and Dunstanburgh where mighty castles cast their shadows. There are pretty villages clustered around river estuaries and seaside resorts returning to their heyday where you can get an ice cream and enjoy playing with a bucket and spade. There are beaches which are great for windswept walks and wildlife watching and places where you can step aboard for a boat trip or try a new watersport. Whether you choose a campsite near the beach in Northumberland or just make a day trip to the seaside, you won’t want to miss this.stunning stretch of coastline.

3.    It's an area of outstanding natural beauty.

That’s official in some places and unofficial in others. A sizeable 138 square kilometres of coast has been designated, since 1958, as the Northumberland Coast Area of Outstanding Natural Beauty. It takes in the coast from Berwick in the north to Coquet in the south and includes the islands off the coast too. But there’s also the Northumberland National Park, which can also make a claim of being outstandingly beautiful in a natural kind of way. It covers 1,030 square kilometres up to the border with Scotland and is characterised by farmland and moorland with Hadrian’s Wall and a number of rivers running through it.

4.    Northumberland wildlife is hard to beat.

Birdwatchers, wildlife fans and nature lovers adore Northumberland’s wild coast. Many of the beaches are backed by nature reserves where the unique habitat is home to rare plants and insects. You can take a boat trip out to the National Trust-protected Farne Islands off the coast to see seals and huge numbers of breeding birds including razorbills, guillemots and puffins. And inland it’s no less exciting either with red squirrels, badgers, deer and bats at home in Northumberland’s woodlands.

5.    Hadrian’s Wall runs through the county.

No visit to Northumberland would be complete without a visit to its UNESCO World Heritage site: Hadrian’s Wall. A 2,000-year-old feat of Roman engineering, Hadrian’s Wall was built to mark the northern reaches of the Roman empire. The wall is still remarkably intact in places and the excavated remains of Roman forts can be visited at Housesteads or Chesters as well as a whole town’s worth of ruins at Corbridge where you can also see one of the most significant Roman history finds ever made.

6.    There are more than 70 castle sites in Northumberland.

For centuries the county’s position on the frontier between Scotland and England meant it was a dangerous place to be as wars raged in the borderlands. It’s no surprise then, that an astonishing number of castles have been built in the region from enormous Norman castles to fortified manor houses. Many of these are open to visitors including the Duke of Northumberland’s home at the magnificent Alnick Castle (which doubled as Hogwarts in the Harry Potter films, by the way) and the romantic ruins of Dunstanburgh Castle on the coast which inspired the artist JMW Turner and may just have you reaching for your camera.

7.    You can visit the unforgettable island of Lindisfarne.

Also known as Holy Island, Lindisfarne may be a tiny island but it has a lot of history that helps tell the story of the British isles. After a community of Irish monks first settled here in AD 635, it became one of the most important centres of early Christianity. Miracles are said to have happened here, the Lindisfarne Gospels were produced here and it was the scene of a terrifying Viking raid. Nowadays, things are a little calmer: you can visit the ruins of the 12th century Lindisfarne Priory, and the 16th century Lindisfarne Castle, and see the wildlife on the mudflats that surround it.

8.    There are hundreds of miles of walking trails in Northumberland.

With so much natural beauty, it’s no surprise that Northumberland is a great place to put on your walking boots and take a stroll. Whether you want a quick walk and a breath of fresh air on the beach or fancy something more challenging, you won’t be disappointed. There are 600 miles of footpaths within the Northumberland National Park alone and a number of well-marked long-distance footpaths in or passing through the county including the Northumberland Coast Path, Hadrian’s Wall Path, the Pennine Way and St Cuthbert’s Way.

9.    The chance to explore Kielder Water and Forest Park.

A bit of the wild tamed, this huge outdoor park offers a chance to explore the great outdoors for active families. Bordering the Northumberland National Park, it features Europe’s largest manmade lake at 250 square miles, England’s largest working forest and spreads beneath the same dark skies that the neighbouring national park enjoys. The park includes an observatory, a bird of prey centre and two visitor centres where you can find out about the activities available in the area from nature trails to watersports on the lake.

Berwick-upon-Tweed is so close to the Scottish border that it is said to have changed sides 13 times during the border wars. Now firmly in Northumberland it’s well worth a visit during a stay in the north-east to see the legacy of its position: the town’s Elizabethan ramparts, the remains of its castle and barracks. Walking the walls takes around 45 minutes and offers fine views of the River Tweed, the sea and of the town itself. Access is free-of-charge but you may want to take a few pennies and leave yourself a little longer to visit the shop and exhibitions at the Barracks – and to enjoy the views.

Browse all campsites in Northumberland