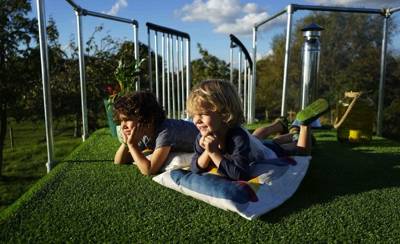 After an exciting first couple of years and a little TV lime-light, Cotswolds site, The Glamping Orchard, has won a Small Business Award for its exceptional glamping offering

We love to hear news of awards won by the campsites and glamping sites we recommend. From getting gold stars for their green credentials to winning a tourist board prize as 'family campsite of the year', it's always great to see the best sites recognised and see the independent places we love being supported. With that in mind, the recent ‘Small Business Sunday’ award, won by The Glamping Orchard in the Cotswolds, is certainly something to sing about.

Set up by Ali Parker back in 2015, The Glamping Orchard is certainly not a glamping site that hangs around when it comes to drumming up excitement. The recent addition of their spectacularly converted 1950's Warwick Knight Caravan, one of the world’s rarest caravans, took a starring role on an episode of Channel 4's George Clarke’s Amazing Spaces, and the ‘Small Business Sunday’ award – presented by BBC Dragon's Den star Theo Paphitis at the ICC in Birmingham this February, gave them a surge in social media followers. They are also profiled on the #SBS website, exclusive to all Small Business Sunday winners.

Set up by Theo Paphitis back in October 2010, the Small Business Sunday #SBS initiative awards six weekly businesses that contact him directly on twitter and now has over 1700 #SBS winners – all small businesses across the UK. The #SBS event at the ICC in Birmingham, then sees each business owner received their award in person and get the recognition they deserve, as well as showcasing them all with workshops, networking opportunities and the chance to speak with industry experts throughout the day.

The Glampig Orchard, meanwhile, is already gearing up to open its bell tents for the 2017 summer season, while the Warwick Knight Caravan is already open all year round. And, as if their recent award wasn't enough, they're also one of the 80 family-friendly campsites featured in our up-coming guidebook Cool Camping Kids, released later this year. As one of the select campsites among the pages, this Cotswolds retreat is rightfully recognised as one of the top sites in the Cool Camping collection. We're sure there are many more awards to come. 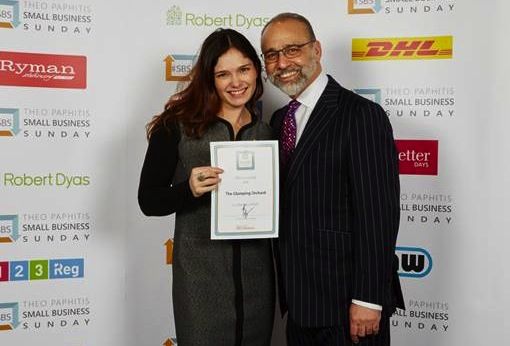