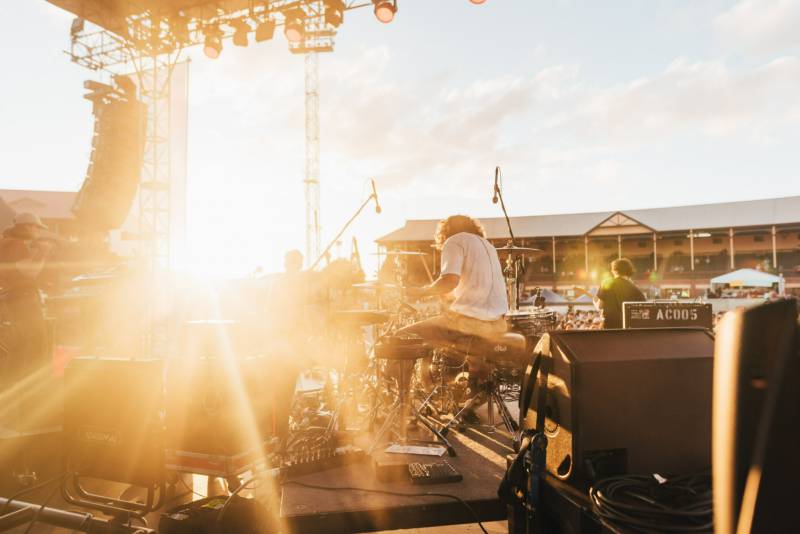 The Best Value And Most Expensive Festivals In The World

Music festivals are loved all around the globe. There is nothing quite like coming together in a crowd of people, united in good music and an electric atmosphere. But with 2020's festival roster effectively cancelled, and 2021 saw only a partial return, 2022 looks set to be a year like no other as music festivals make their long-awaited return.

That’s why we've found out which are the best value festivals around the world, ranking the best events for music lovers to visit so that they can have a revival with a bang – and for their buck.

We compiled the index by analysing a variety of factors that every music festival reveller will deem important and we then identified which events around the world rank the best for these factors.

This included the ticket value, which was analysed by comparing the cost of the ticket in comparison to the festival’s headliners, as well as the price of a beer, burger and t-shirt at the event.

The Best Value Festivals in the World

Balaton Sound is one of Europe's largest open air electronic music festivals. Held annually since 2007 on the south bank of Lake Balaton in Hungary, it features live acts and DJs from all around the world right from established artists through to up-and-coming names. And considering that Hungary is considered to be one of the cheapest countries in Europe, it’s not surprising that Balaton Sound has taken the top spot as the best value music festival in the world.

The 5-day festival ranked highly for the price of food and drink with prices for a beer and burger coming in at £1.70 and £3.66 respectively – absolute bargain! Balaton Sound also ranked highly for anyone looking to take home some memorabilia as the cost for a festival t-shirt is less than £10.

And it’s another Hungarian festival in the second spot - Sziget Festival. The festival is one of the largest music and cultural festivals in Europe, with more than 1,000 performances taking place each year. Meaning “the island” in Hungarian, Sziget is held every August on Óbudai-sziget, a leafy 108-hectare island in northern Budapest on the Danube.

The festival is quite an event but offers fantastic value for money with the £300 ticket working out at £44 per day – not bad at all when you’re enjoying the likes of the Foo Fighters, Ed Sheeran and Florence + The Machine!

The Serbian festival ranked second cheapest for getting a bite to eat, with a burger coming in at around £3.00. EXIT also ranked highly for the price of a ticket in comparison to its headliners. 2019 saw The Cure, Carl Cox and Tom Walker all take to the stage and, with a combined concert ticket price of £193.88, EXIT festival’s £89.00 price is an absolute steal!

In August, Zurich comes alive as hundreds of thousands of people take to the street for the most attended techno parade in the world, Street Parade. Brightly adorned trucks, called ‘love mobiles’, packed with great music systems and top DJs drive slowly through the crowd of people around Lake Zurich. Street Parade is known as a peaceful electronic music festival - a positive demonstration of peace, generosity, love, tolerance and freedom.

Street Parade takes the top spot for the best value festival in the world in terms of the artists playing. The combined total of the top headliners may be less than other festivals but considering that it’s completely free to attend and hosts acts such as Elrow, John Digweed, and Andros Campo, Street Parade is undoubtedly excellent value.

One of the biggest international music festivals in Europe, Colours of Ostrava is an eclectic multi-genre event held on the grounds of a former ironworks factory in Dolní Vítkovice Ostrava. Each year, the festival brings some of the biggest names in rock, pop, indie, and electronic artists to the Czech Republic.

Any beer fans should definitely head to the 4-day event as the price of a beer is considerably cheaper than the majority of other festivals around the world, coming in at only £1.44. Colours of Ostrava is also great value for money as a £112.19 ticket enables you to see huge names such as The Cure, Florence + The Machine and Rag'n'Bone Man.

The Most Expensive Festivals in the World

On the other hand, festivals can be a once-in-a-lifetime experience that people want to splash out on. That’s why we have analysed the most expensive festivals around the world too, especially for those wanting a little more luxury than bucket hats and portable toilets.

Coming in first place for the most expensive music festival in the world is Electric Daisy Carnival. It is the largest electronic dance music festival in North America, with the annual flagship event being held in May at the Las Vegas Motor Speedway. As far as value is concerned, it would have been cheaper to see all three 2019 headliners in concert individually than to buy a ticket to the festival itself. However, revellers are clearly not put off by the expense of the globally-renowned event as more than 300,000 head to the event each year.

Summer Sonic takes second position, a 3-day event in Chiba and Osaka that brings together a range of rock, pop, and EDM artists from across Japan and the world. The 2019 festival hosted some huge names in the music industry with the headline featuring Two Door Cinema Club, Red Hot Chili Peppers and The Chainsmokers. Make sure to bring yourself a packed lunch though, as a burger at the event is around an eye-watering £9.12.

Another United States festival making the expensive list - Ultra Music Festival. The 3-day event is an electronic music festival that takes place during March in Miami, Florida. It’s one of the worst value for money music festivals in terms of the headliners that you get for your dollar. Although it sees the likes of Adam Beyer, AfroJack and Armin Van Buuren, a ticket for the event costs £274.85, which works out at almost £100 a day.

Vive Latino is an annual music festival held in Mexico City with a concept of gathering important and up-and-coming bands from all over Ibero-America to create a space for alternative music from different Spanish-speaking bands. Alongside this, 2019 saw The 1975, Foals and Snow Patrol take to the stage. And even though they’re super cool and a great way to tell everyone you’ve attended, an official ‘Vive Latino’ festival t-shirt will set you back £292.92.

We searched through a variety of credible sources to find data for each of the above categories and ranked the festivals from first to last based on the data found. Data was taken from pre-covid festivals in 2019. We then added the scores together to get a total score, before ranking the festivals based on this overall, final score.

Festivals that we were unable to find a full dataset for were omitted from the results.