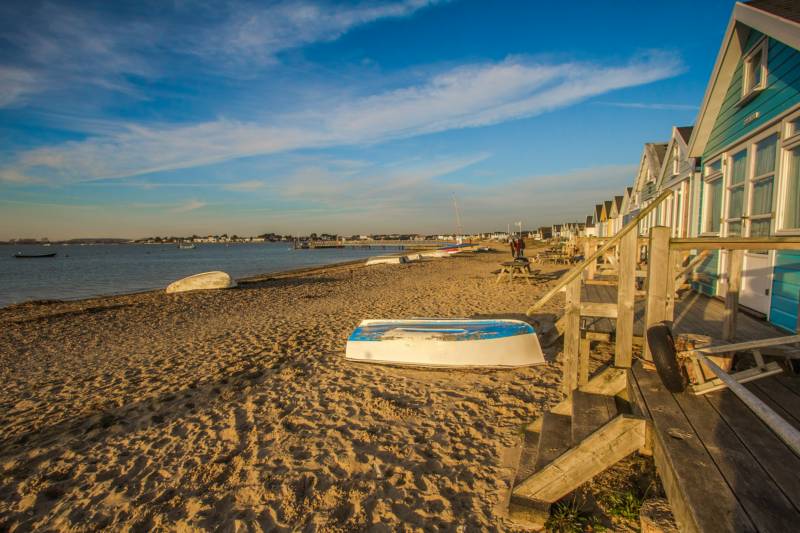 Eight of the best beaches in the New Forest

If you’re thinking of a beach holiday in the UK, the New Forest probably isn’t the first place that springs to mind. But we’re here to tell you that perhaps it should be. There are some great beaches on the southern side of the national park that don’t have the reputation they deserve. For that reason, they are often quieter than other parts of the south coast and perfect for a family holiday combining camping, coastline and countryside. Here are eight of the best beaches in the New Forest...

There are colourful beach huts and low cliffs as a backdrop to the shingle beach at Milford-on-Sea. It’s a great place for families as there are plenty of facilities nearby including loos, cafés and an ice cream kiosk near the beach with shops and more eateries in the village centre. All this means you can easily spend a whole day on the beach swimming in the clean waters or just watching the sailing boats heading for Christchurch harbour or the Isle of Wight, both of which are visible across the water. There’s also a great coastal walking in either direction; west to Barton or east to military fortress, Hurst Castle. In the summer months, a 28-day campsite, Muddycreek Farm pops up within walking distance of the beach and town. 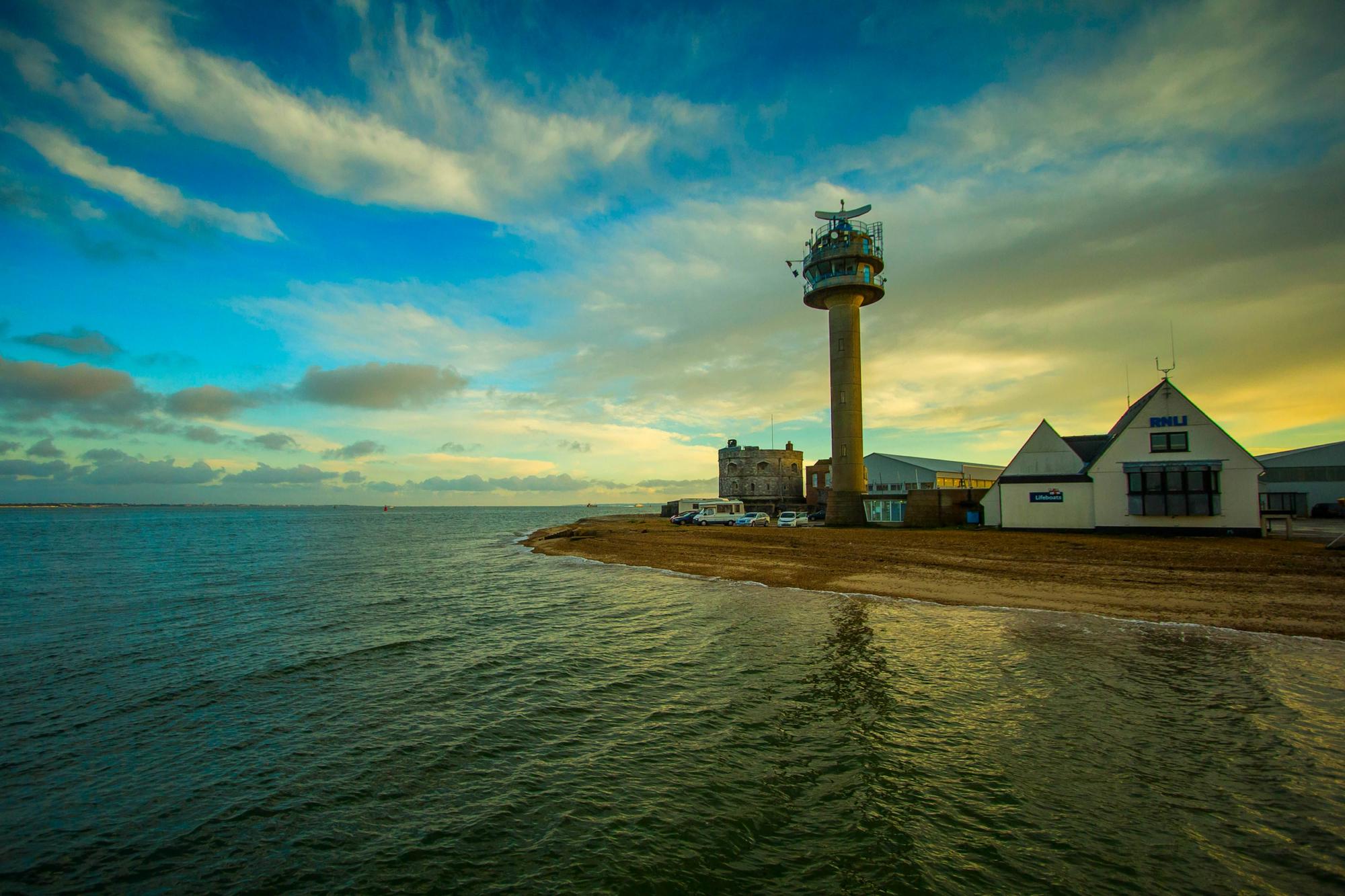 If you’re looking for watersports on a trip to a New Forest beach, you couldn’t do much better than heading for Calshot. Beyond the little village, you reach Calshot’s shingle beach which looks across the Solent towards Cowes on the Isle of Wight. It’s a great spot for a swim and, as it’s at the mouth of Southampton Water, it’s a fascinating place to watch sailing boats and ferries come and go. Out on Calshot Spit is where you’ll find opportunities for watersports with windsurfing, kayaking and sailing all available at Calshot Activities Centre. It’s the UK’s biggest activity centre with land-based adventures too thanks to a climbing wall, a dry ski slope and an indoor velodrome housed undercover in a former RAF aircraft hangar. If that sounds a bit too energetic, how about a look around neighbouring Calshot Castle, built by Henry VIII and now managed by English Heritage? 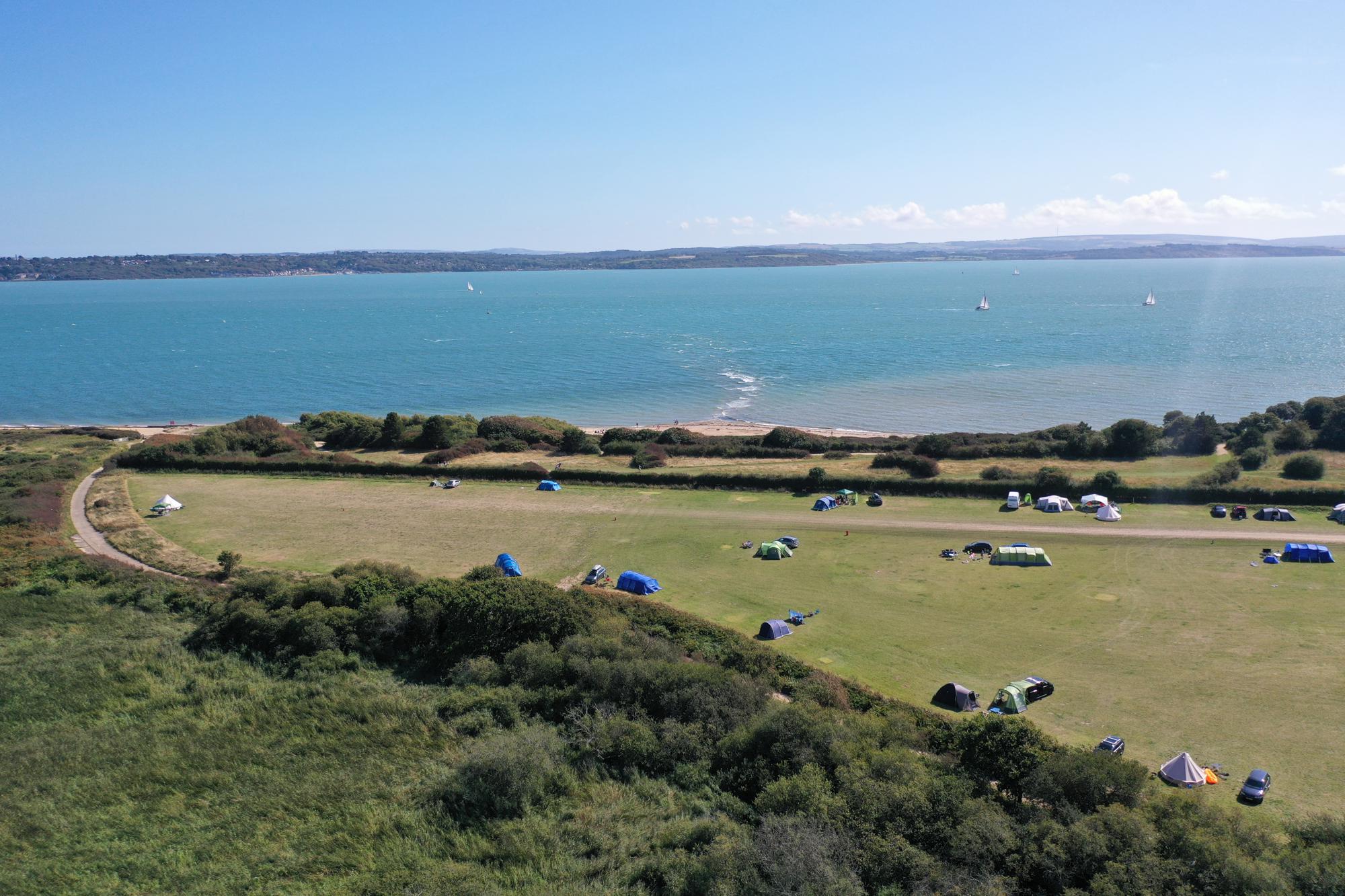 A couple of miles east of Calshot is Lepe Country Park which includes a mile of pebble beach backed by pine trees close to the mouth of the River Beaulieu. It’s a nice place to swim, relax and walk and, if you tire of the sea views, there’s more to explore within the country park. Managed by Hampshire County Council’s countryside department, it also has a nature reserve, wildflower meadows and woodland. You can see it all on a two-hour, signposted walk, The Lepe Loop. There’s a birdhide, a cafe and a play area too, so something to keep everyone entertained. If you like the sound of this part of the New Forest coast, you might like Lepe Beach Campsite, a traditional campsite which neighbours the park and is just 150 metres from the beach. 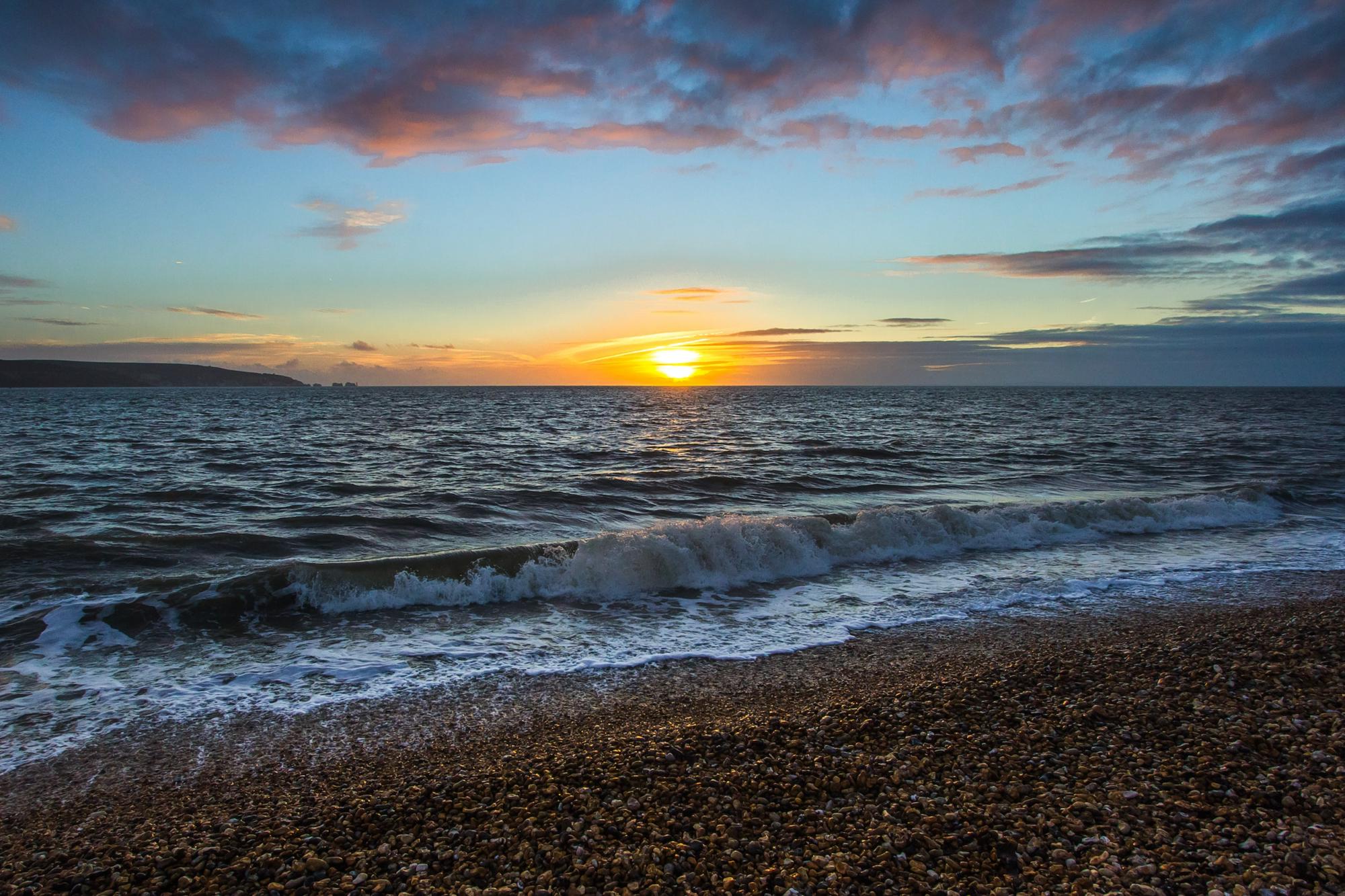 Further west along the New Forest’s 40-miles of coast is Keyhaven; a small village with a pretty harbour surrounded by saltwater marshes. This wild area attracts a large variety of birds including oystercatchers, brent geese and marsh harriers. It’s a great place for nature lovers and much of it is designated as Keyhaven Nature Reserve, managed by the Hampshire and Isle of Wight Wildlife Trust. It is linked with well-known Lymington via a five-mile walking route called the Sea Air Trail and it’s also a pleasant walk away from Milford-on-Sea which is more built up with lots of facilities. 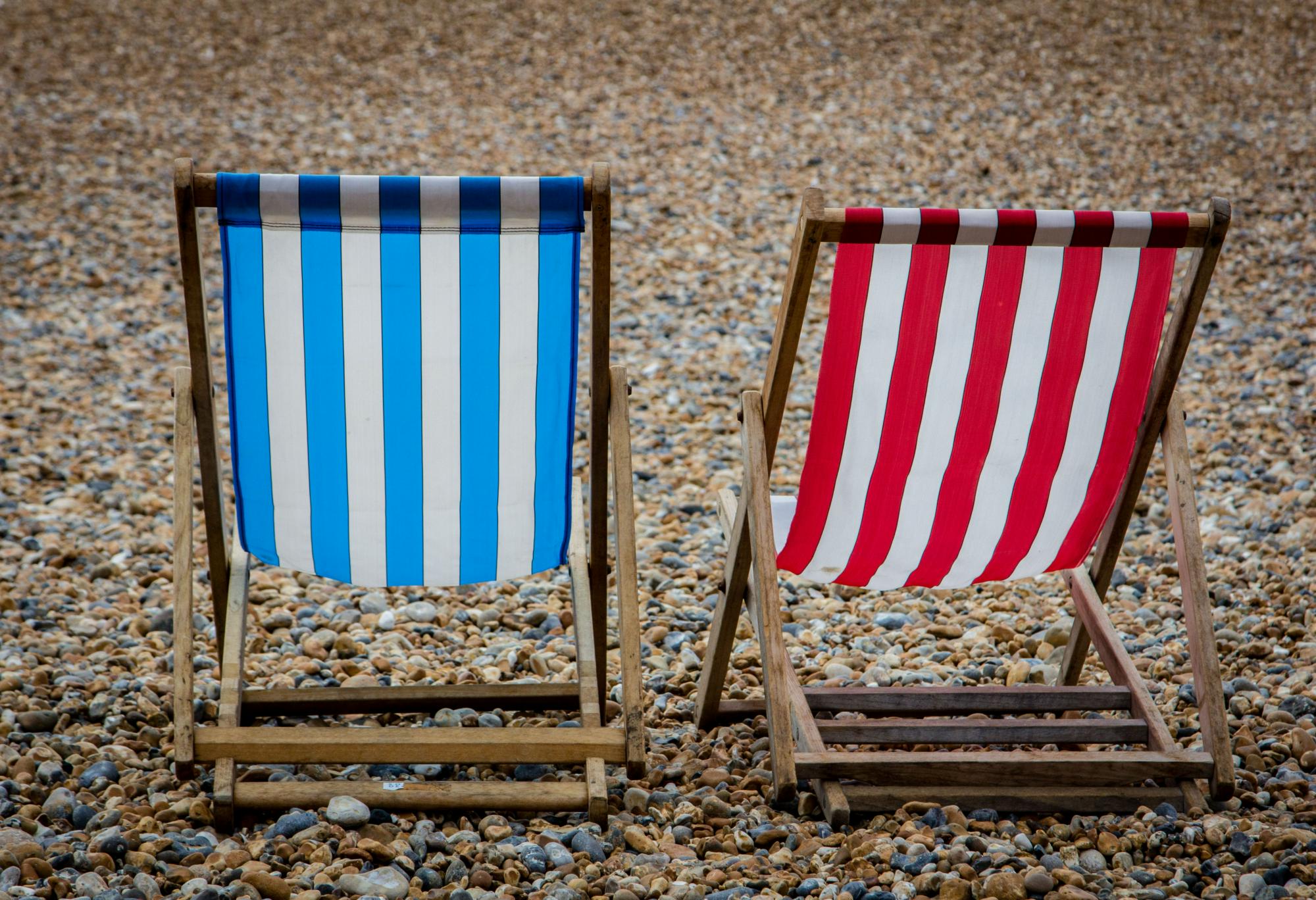 Three miles west of Milford-on-Sea, the shingle beach at Barton-on-Sea is also lined with beach huts and backed by clay cliffs. It’s a great place for paddling and swimming and for looking for fossils too – thanks to the clay and coastal erosion. You’ll have to head up top for a cafe but the views (as well as the ice cream) make it well worth the effort. On a clear day, you can see across The Solent to the Needles chalk stacks at the westernmost point of the Isle of Wight. Just inland from Barton-on-Sea, and linked to it, is the town of New Milton, which has shops and restaurants as well as a train station with links to Brockenhurst at the heart of the New Forest. 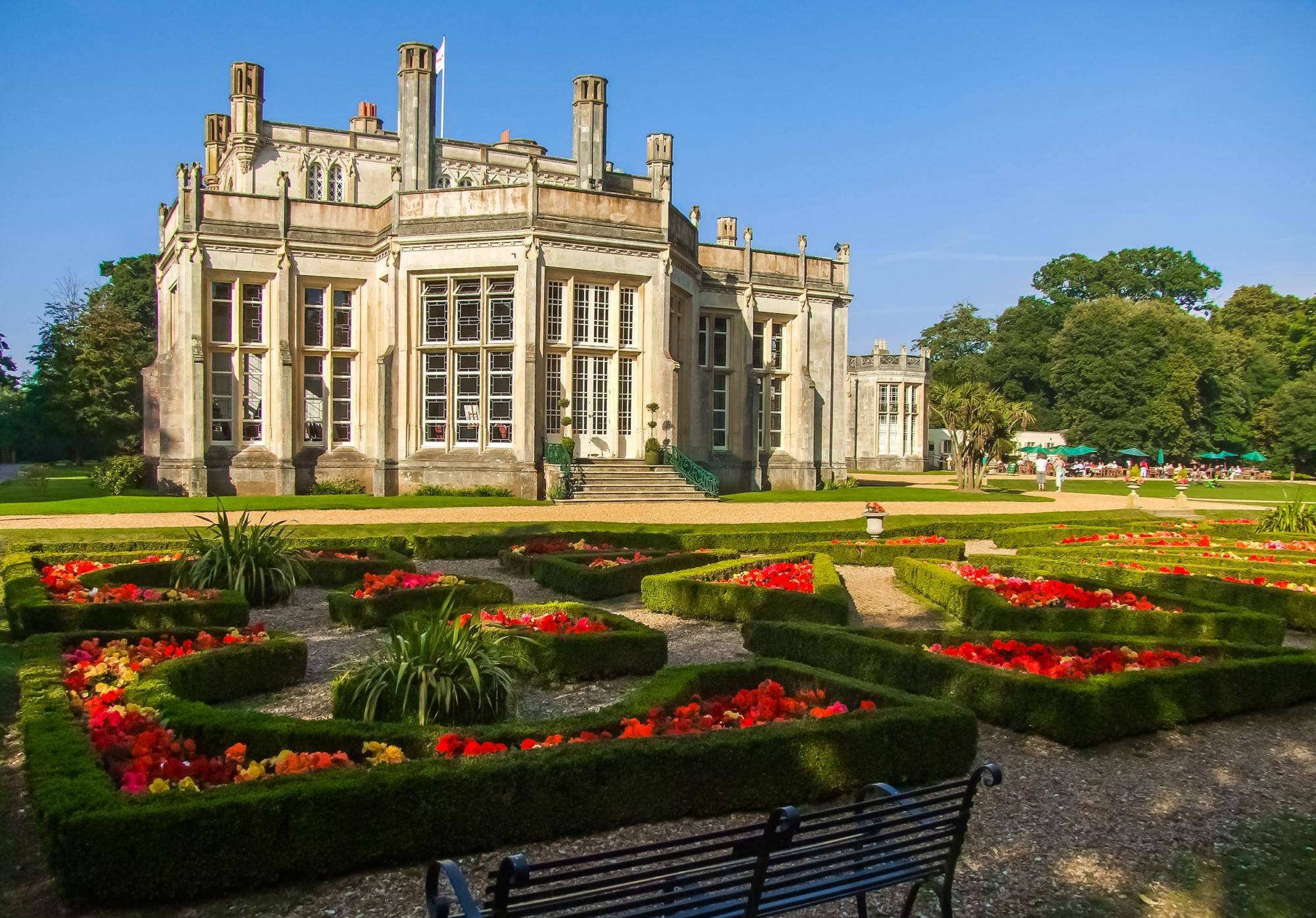 The shingle and sand beach below Highcliffe Castle (shown) is backed by trees and accessed via steps or a zig-zag path down the low cliffs they grow on. It’s a lovely spot with the Solent views that this part of the south coast is famous for. You can combine a visit here with a look around the cliff-top castle which has an interesting history told through exhibitions within it. It also has beautiful gardens and a tearoom. Just south of the westernmost tip of the New Forest National Park, this is a great beach if you are looking for a quieter seaside and prefer unspoilt scenery as there are no facilities save for those at the castle and it neighbours the Steamer Point Nature Reserve. 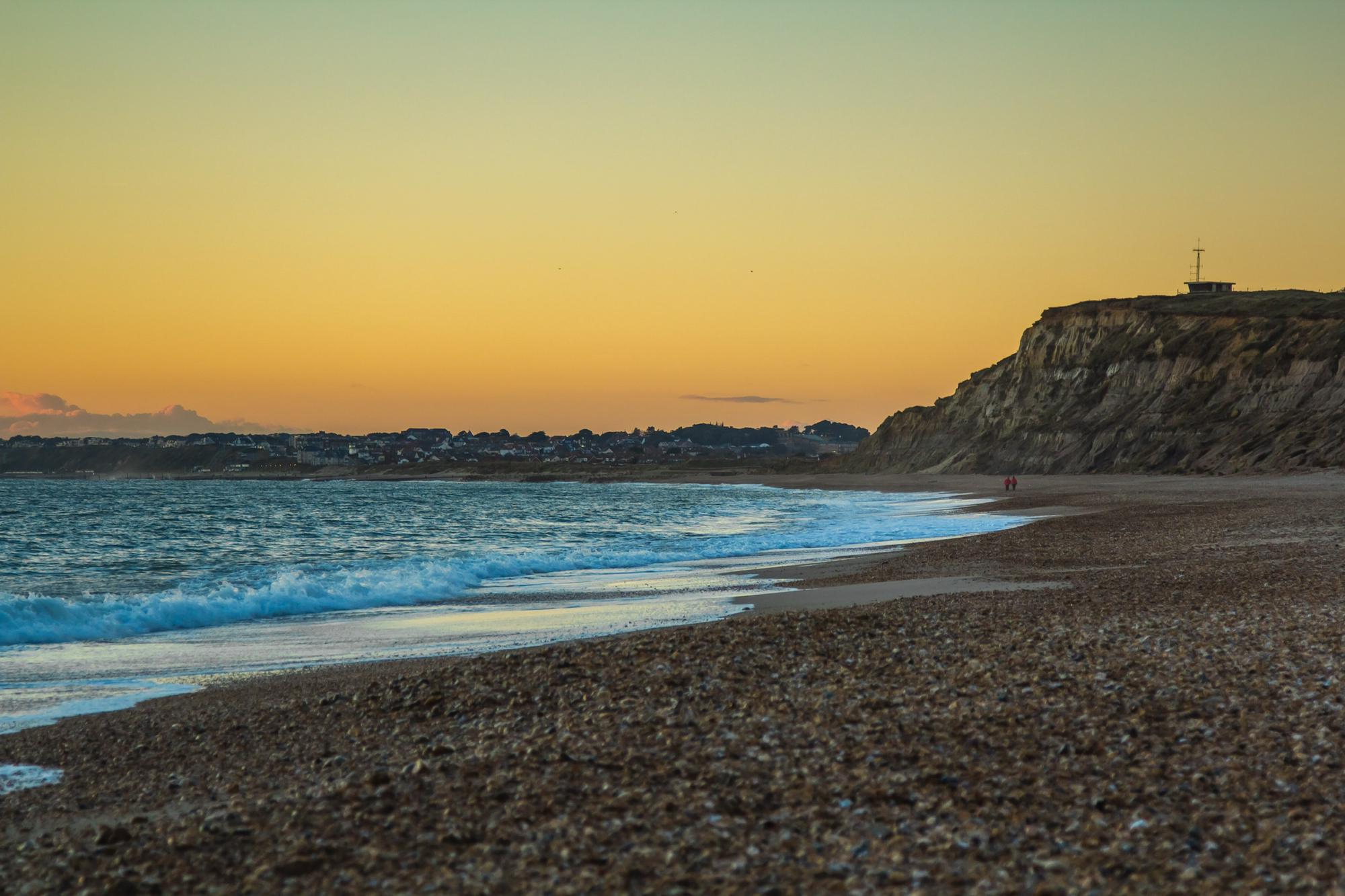 Hengistbury Head stands over one of the westernmost beaches in our collection of the best beaches in the New Forest. The headland itself is archaeologically and environmentally important with a number of habitats forming part of a nature reserve. You can learn all about its history at the Hengistbury Head Visitor Centre which has lots of information, a cafe and a gift shop. On the south side of the headland is an unspoilt shingle beach, backed by cliffs and stretching east across the mouth of Christchurch Harbour is Mudeford Sandbank. This sandy spit has characterful beach huts (apparently some of the most expensive in the world) and a cafe. There’s no road access here, but you can save your legs by hopping aboard a land train which links the spit with the visitor centre. On the harbour side, you can enjoy watersports and on the sea-facing side you can swim and enjoy views out to the Isle of Wight. 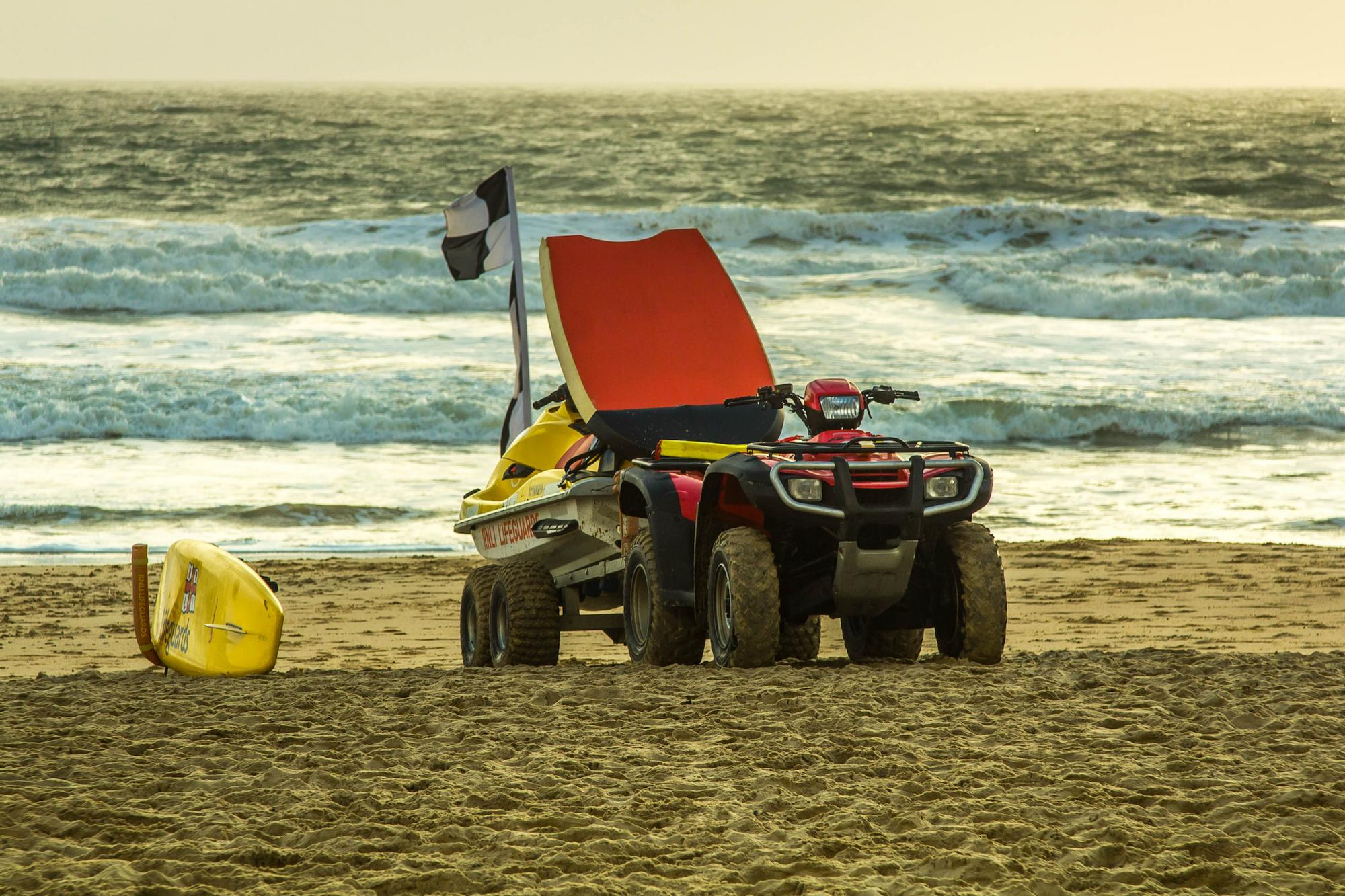 If you’re on a camping holiday in the New Forest and you want a day at the seaside with all the traditional trimmings, try Boscombe beach. It’s a mile along from Bournemouth’s busier beach and has a little less hustle and bustle but still has gently shelving sands, a pier and plenty of facilities. You’ll be able to pick up a bucket and spade, enjoy an ice cream and challenge your friends and family to a round of mini golf. The beach is manned by lifeguards in the busier summer months making it a family-friendly spot for seaside fun. There’s a beach-hut lined promenade if you fancy a seaside stroll and plenty of places to eat and drink nearby.