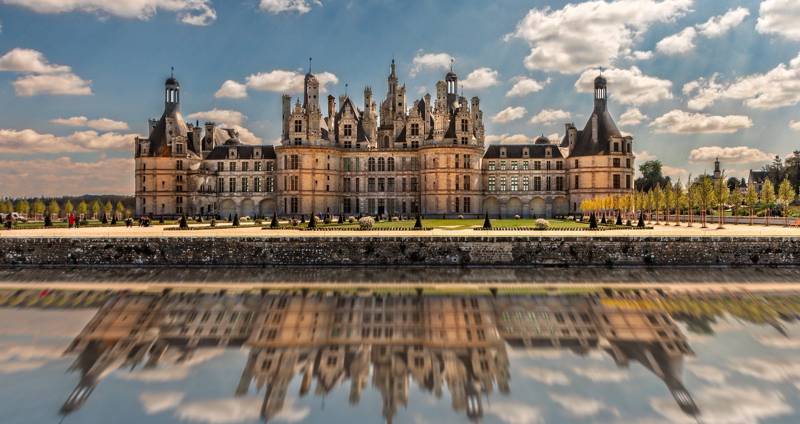 Top 10 Châteaux in the Loire Valley

So, you’re off to the Loire Valley on your next camping trip with a plan to see the châteaux that have helped make this region of France famous. But where to start? There are more than 300 châteaux in this real-life Disney world – enough to make Sleeping Beauty, Rapunzel and Elsa all swoon. It’d take a very long holiday to see them all, so to help you decide which ones are worthy of your attention we’ve picked our faves; the Cool Camping top 10 châteaux in the Loire Valley... 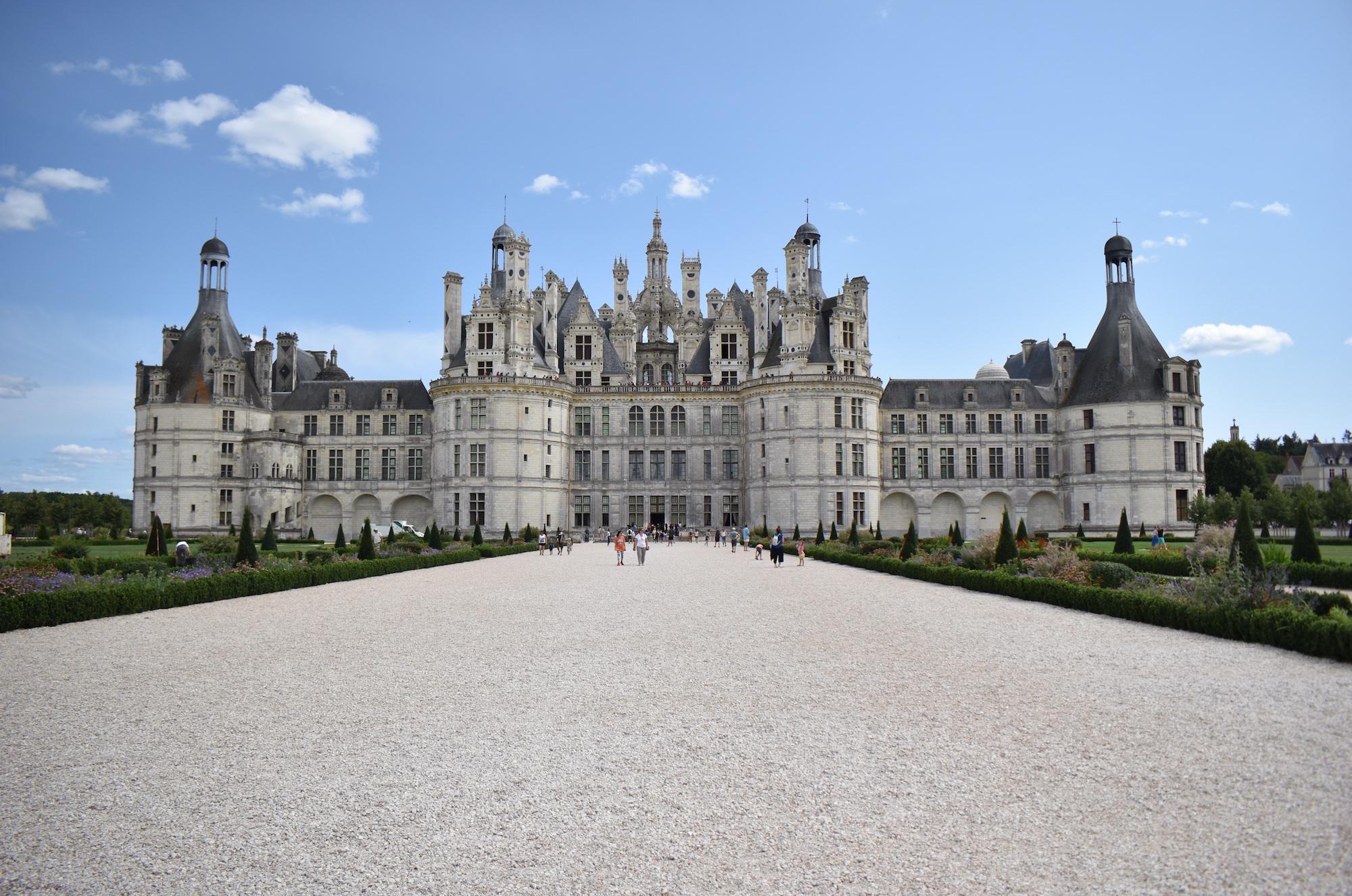 If we were to crown a king of the castles, Château de Chambord would be the undisputed winner, so if you have time to visit only one; make it this one. The scale of the place has to be seen to be believed. Its much-turreted façade and formal gardens, which have been restored to their manicured, 18th-century best, are impressive enough, but step inside and you’ll discover that there are a staggering 426 rooms and 83 staircases within. Don’t worry, the guided tour won’t take you to all of them but make sure you see the highlights, which include an ingenious double helix staircase thought to have been designed by Leonardo da Vinci under the direction of King Francois I who started building in 1519. 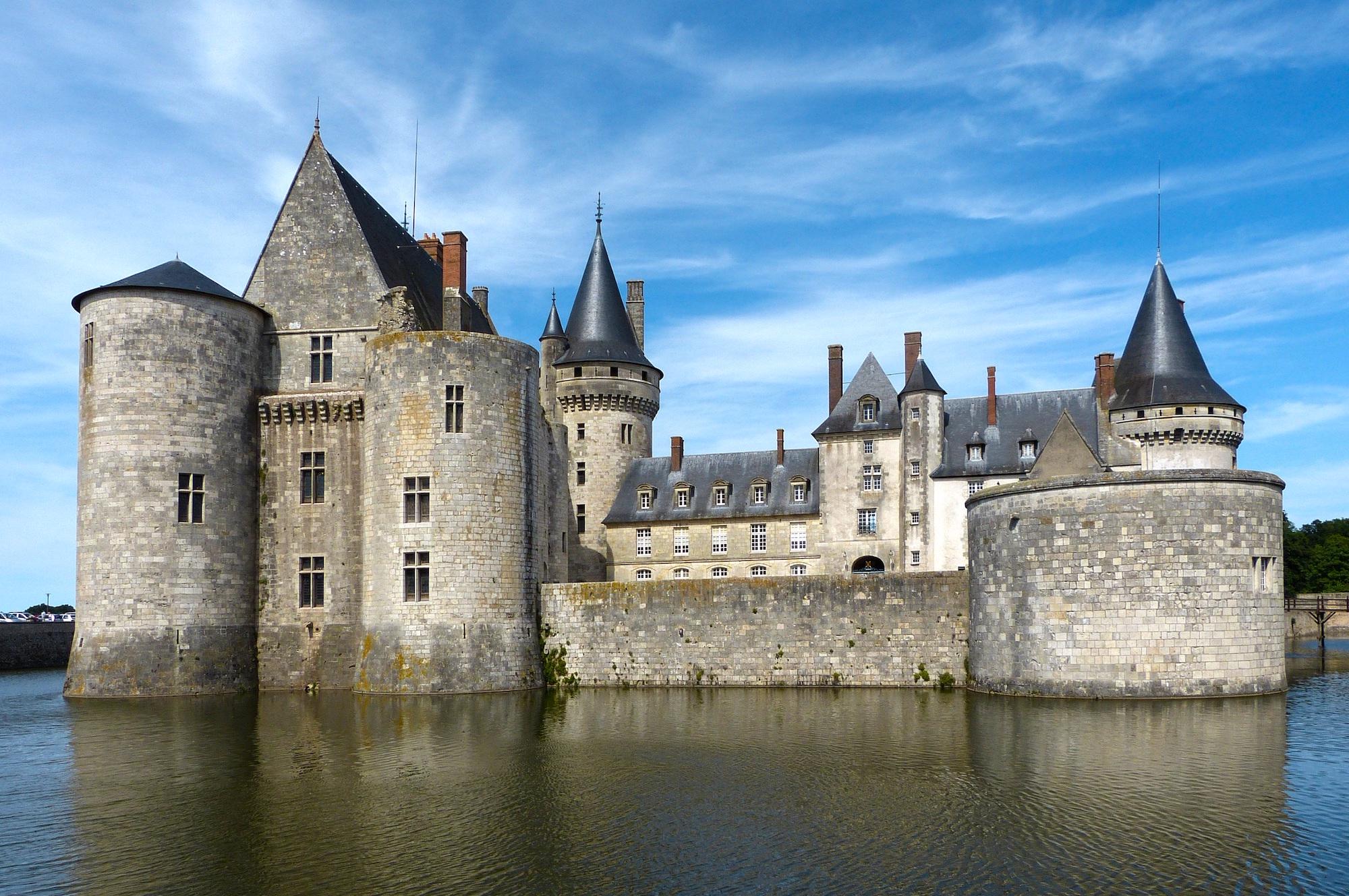 You’ll find it hard to resist photographing Château Sully-sur-Loire on still sunny days when its turreted towers have a mirror-image reflection in the moat which surrounds it. This pretty castle was designed both to defend a bridge over the Loire and also as a fine residence where its owner could host guests. In the 14th century Joan of Arc visited Sully twice to speak with King Charles VII who was staying at the castle. In the 15th century the castle became home to the first Duke of Sully, Maximilian de Bethune, in whose family it remained until the Loiret local council bought it in 1962 – and, luckily for us, opened it to the public. 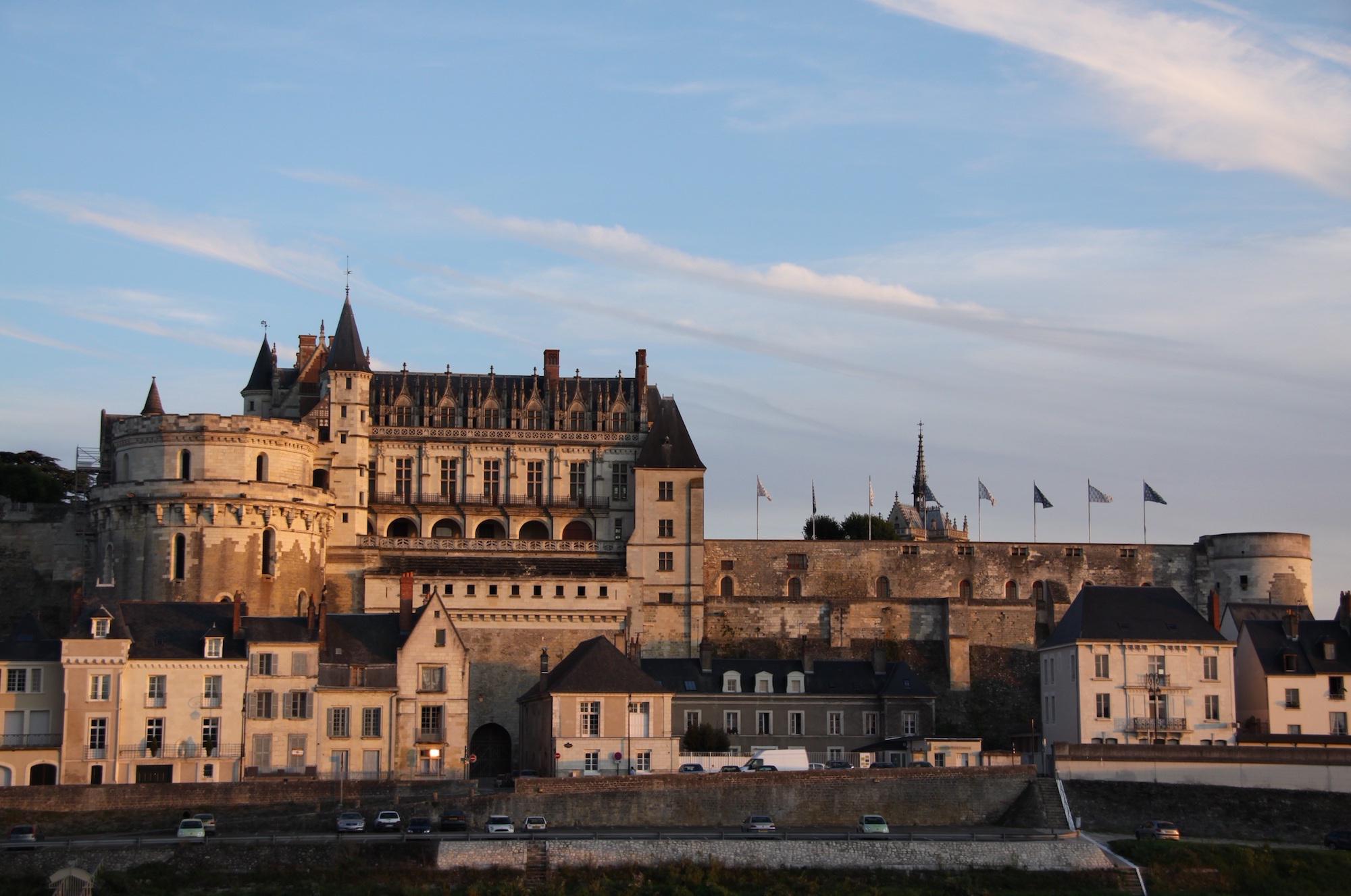 The Royal Château de Amboise would be worth a visit for the views alone but add in some of its illustrious former guests and it definitely deserves its place on the list of top 10 châteaux in the Loire Valley. Standing high above the water at the confluence of the Loire with the Amasse, one of its tributaries, it was a great spot for defence and is now a great spot for a view of the river and its surrounds. There’s lots to see here as this was home to French kings between the 15th and 19th centuries. Leonardo da Vinci was the guest of one of them, King Francois I. He stayed here for the last three years of his life and is buried within the castle. 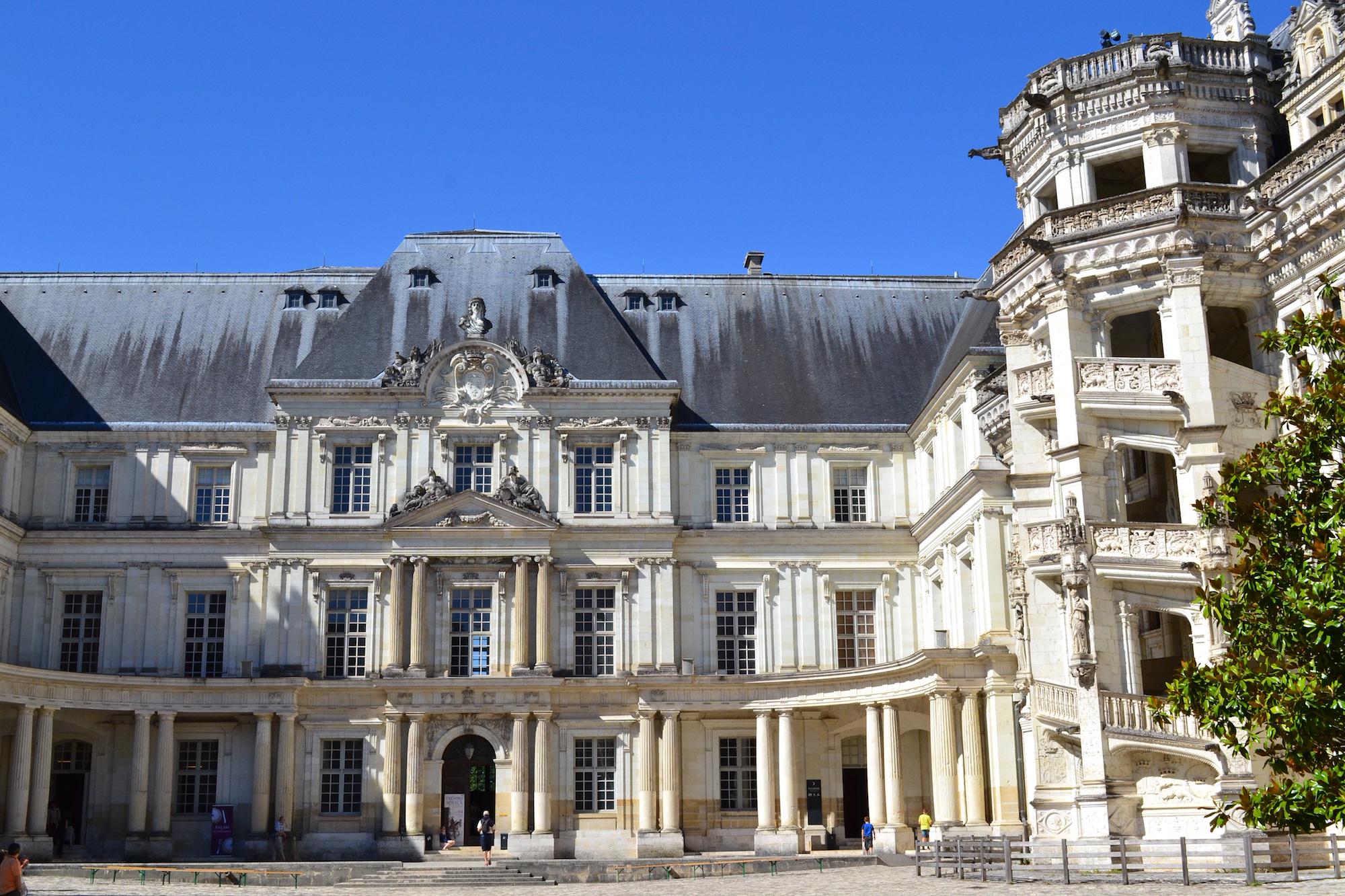 Château Royal de Blois – you couldn’t make somewhere sound more French if you tried. But it’s not only the name that perfectly embodies France, its architecture neatly tells the tale of France too. There’s a medieval tower, the Gothic Louis XII wing (from the time when the king himself lived here) and a Renaissance spiral staircase among its treasures. It’s also home to the Musee des Beaux-Arts and, during the summer, a nightly sound and light show is projected on to the walls of the château which describes all this history. 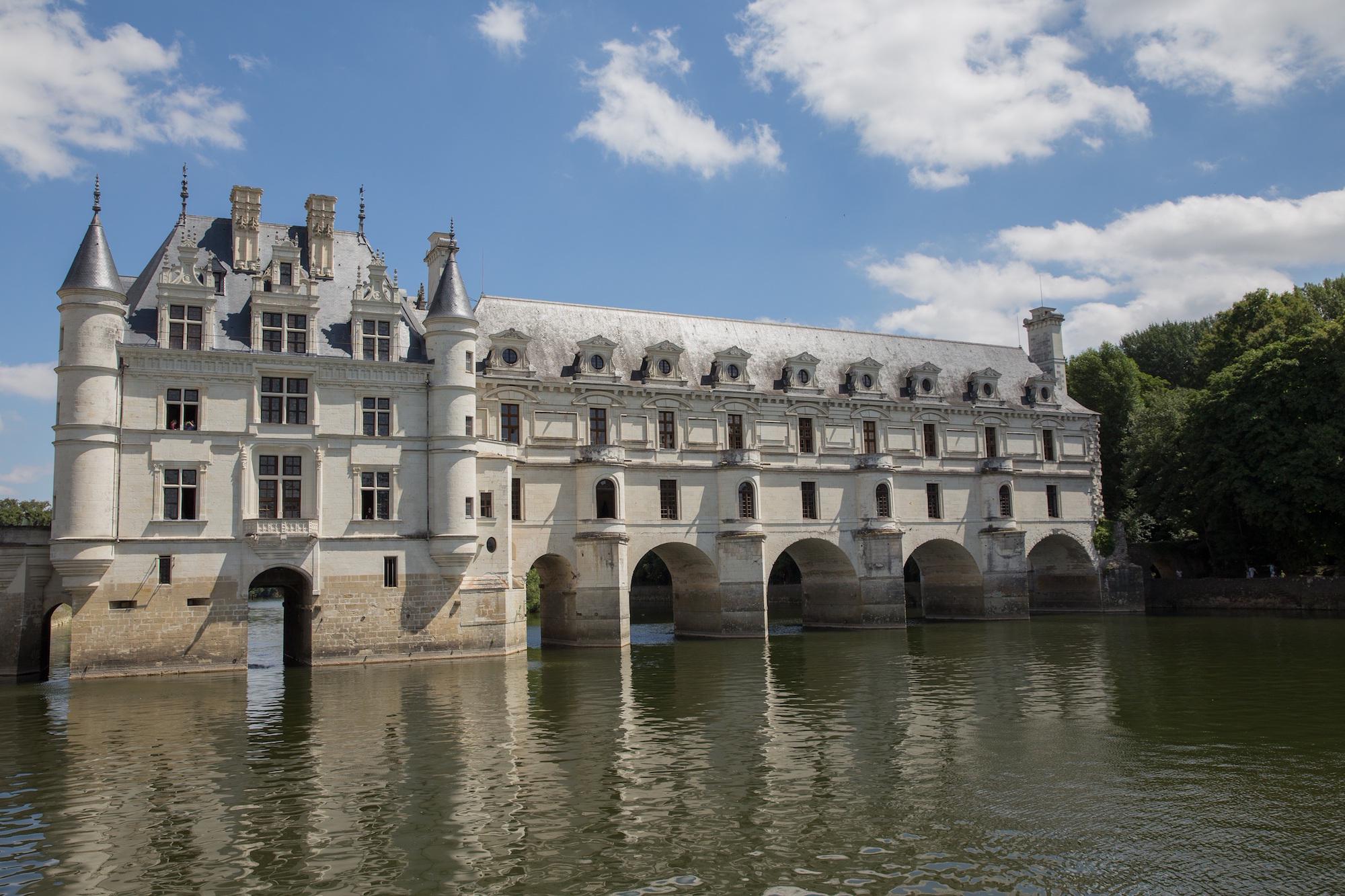 When it comes to being on the water, Château de Chenonceau beats all other contenders hands down. This elegant castle bridges the Cher, a tributary of the Loire, with a gallery built above the water. It’s also touted as the women’s château, as it’s said to have been defined by women since Catherine Briconnet oversaw the building of the current structure in the 16th century while her husband was away at war. It has elegant Rennaissance-style parterre gardens and a fine-dining restaurant if you fancy a taste of the high life. 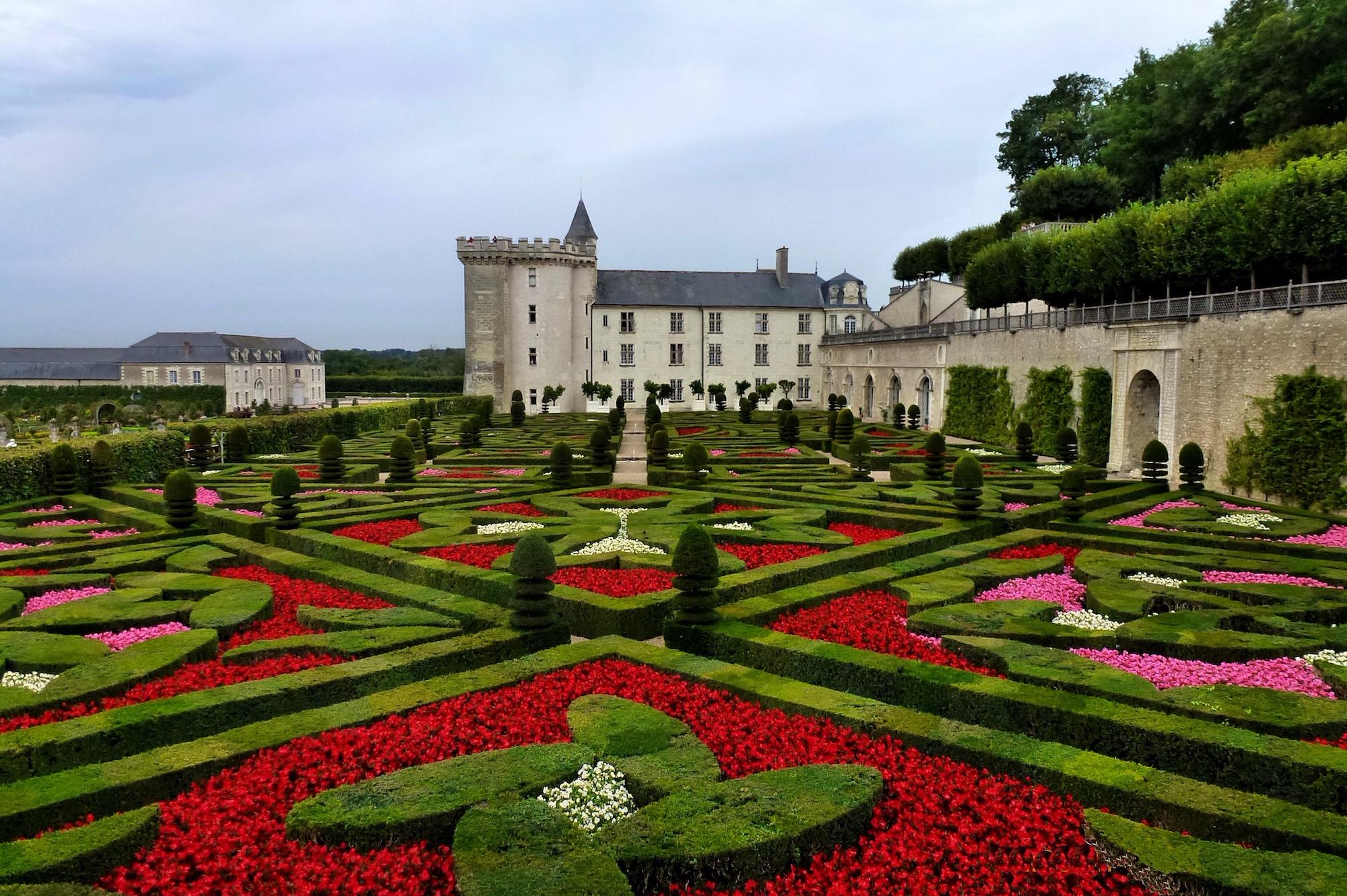 If you’re touring the Renaissance châteaux of the Loire, Villandry might make a suitable last stop. It was the last of the great châteaux to be built and was home to Jean le Breton, King Francois I’s minister for finance who had overseen the building of many of the other Loire Valley châteaux. It differs from earlier builds in that it is more French than Italian in style and was built in harmony with the gardens. 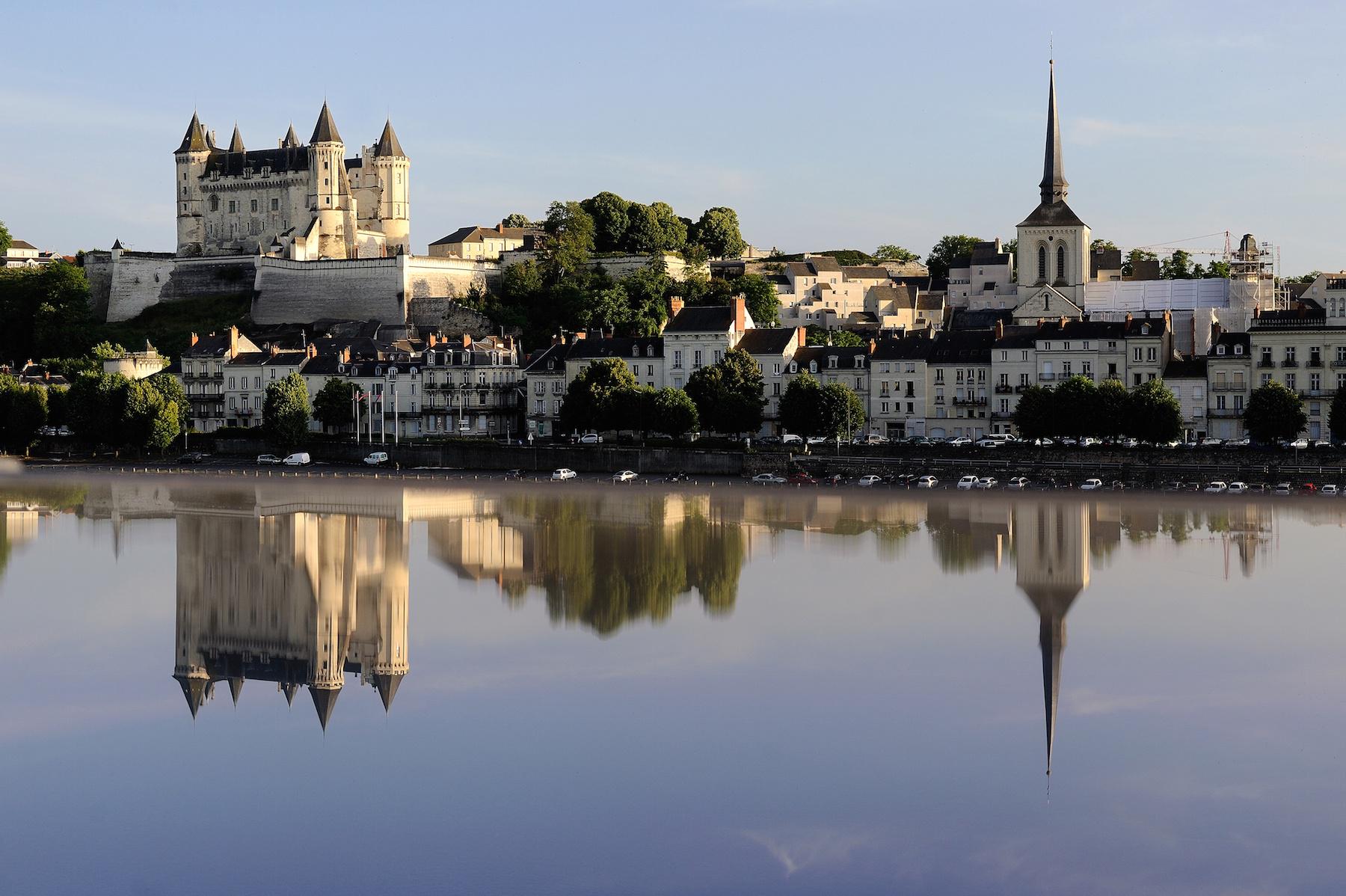 All the glitters is not gold – but the ornamental finial on top of the slate roof of Château de Saumur actually is. Well, gold leaf anyway. The 12-metre-high crown on the roof of the south tower of this château is part of a dedicated restoration project. The aim? To restore the château to its glory days when it was a home to the Dukes of Anjou. In the 15th-century, each of the four slate-roofed towers had one of these finials, according to a painted miniature from the time. You can learn about the history of the château and the history of the town on a visit here – and there’s a Horse Museum within its walls too. 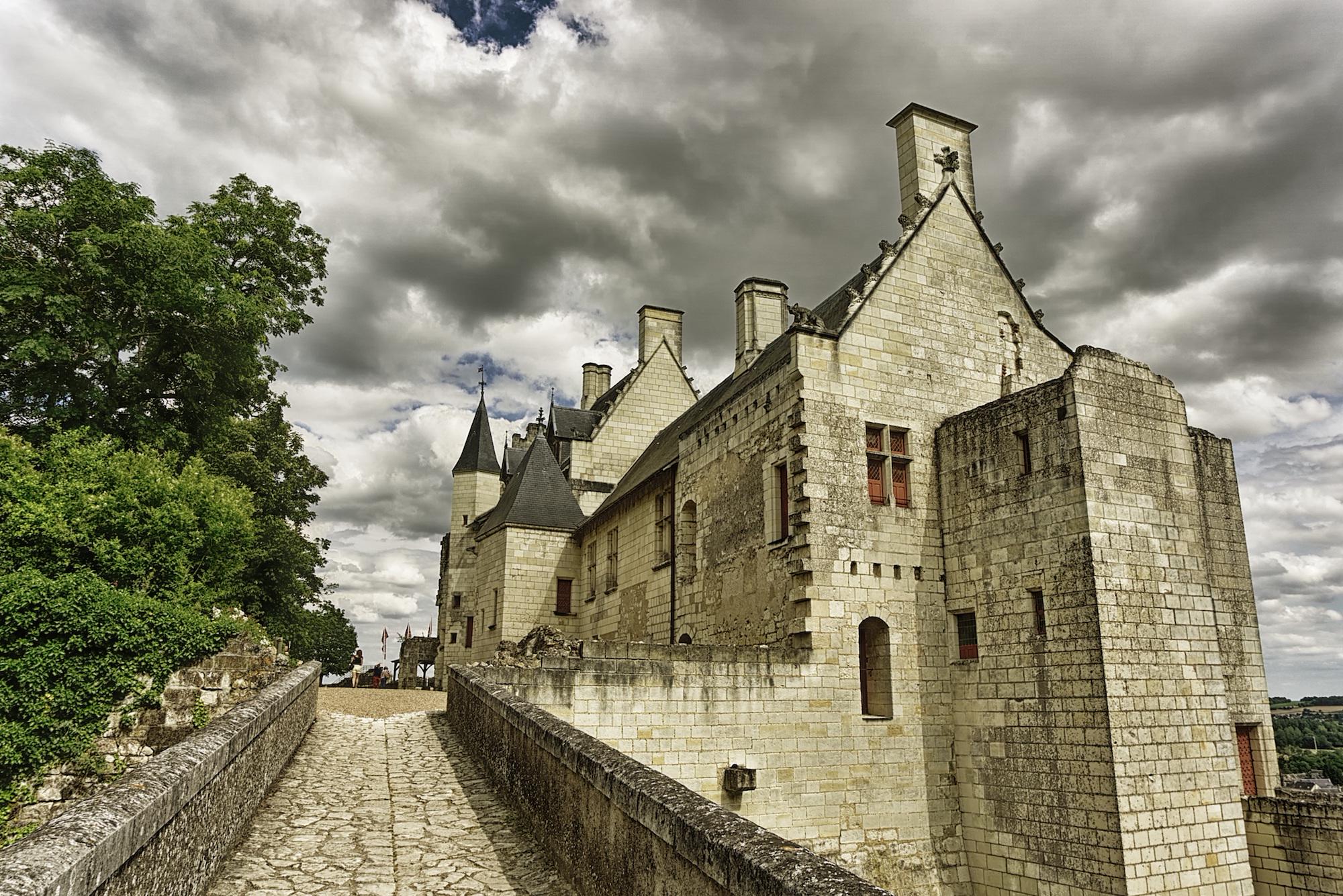 In its glory days Forteresse Royale de Chinon was home to King Charles VII, in its worst times it fell into disrepair after being repurposed as a prison. Now, this château is open to the public and using modern technology and ideas to tell its story and entice visitors. There are multimedia displays and virtual tours which help guide you through two rooms dedicated to Joan of Arc and the restored royal quarters and there’s also a challenging escape room. Suitable for adults and children aged 12 and up, the escape room is available in French or English with a story based on some of the history of the château. 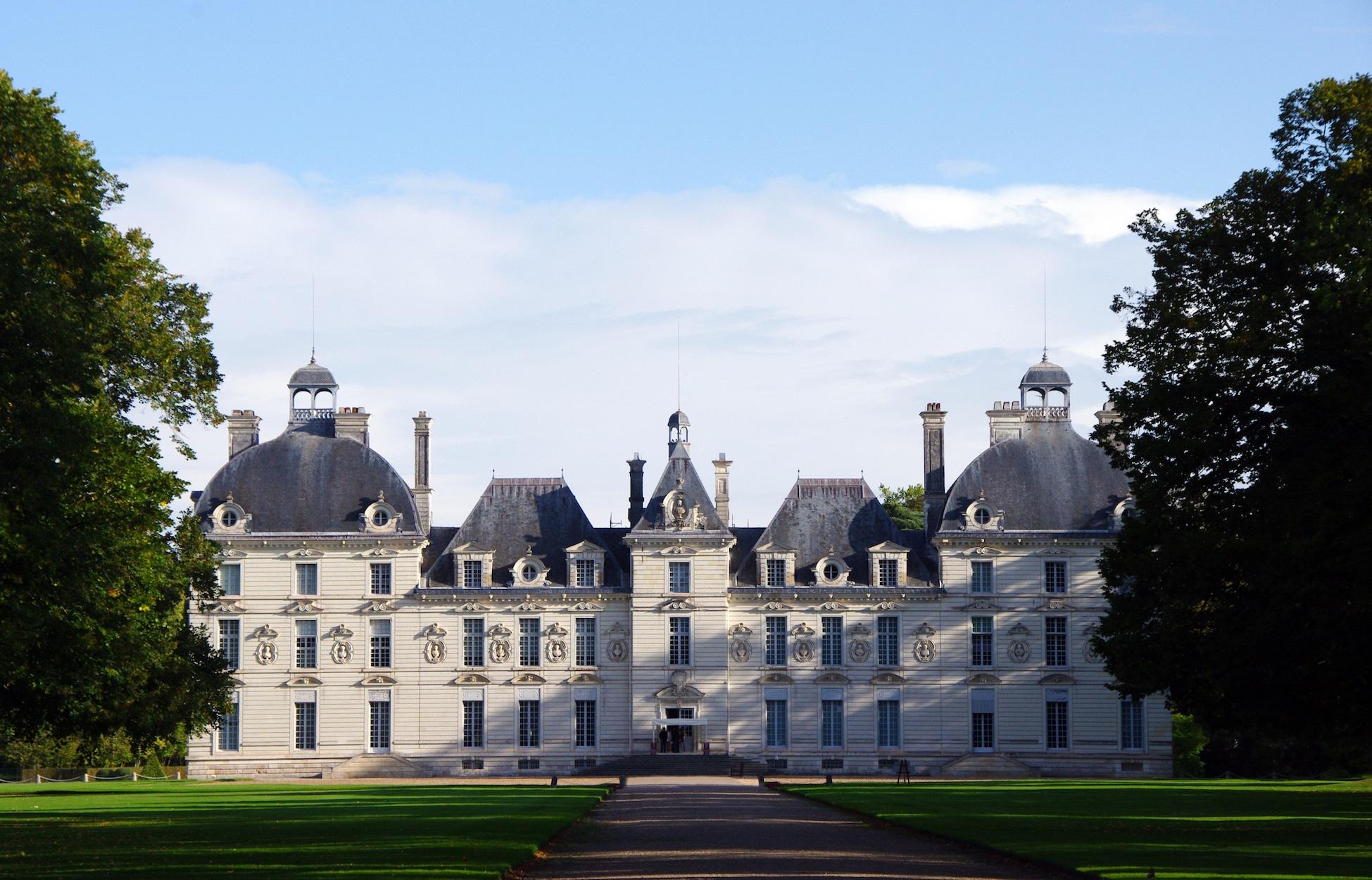 Château de Cheverny is about as family friendly as châteaux come, so if you’re camping with kids in the Loire Valley, a visit here is a top tip. The château itself is made more kid-friendly with a mystery for kids to solve on the way around and the historic nursery open for viewing among the château’s rooms. This place has been in the same family for six generations and the fully-furnished and still-used rooms make a marked contrast to the displays in some of the other Loire Valley château. But in addition to all that, there are gardens and parkland to explore with a maze among the treasures – as well as a TinTin museum within the grounds. 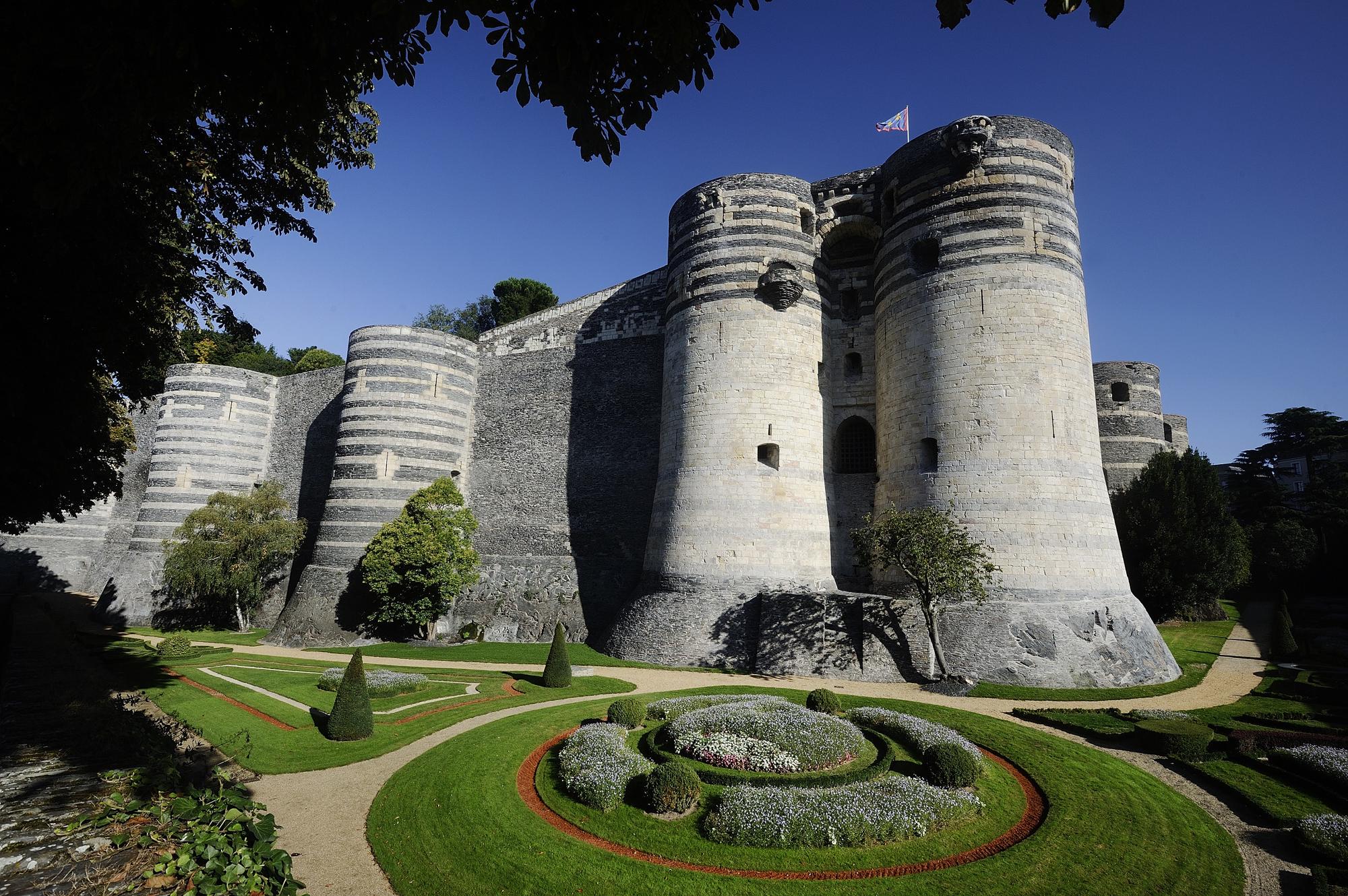 At the western end of the Loire Valley World Heritage Site, this château is in the heart of the lively university city of Angers. This medieval fortress is distinctive for its stripey half-a-kilometre long ramparts with 17 towers – and for a 140-metre tapestry that is displayed within it. The Apocalypse Tapestry, as its known, was commissioned in 1375 by Louis I, one of the Dukes of Anjou who lived here, and is considered a major piece of medieval art.