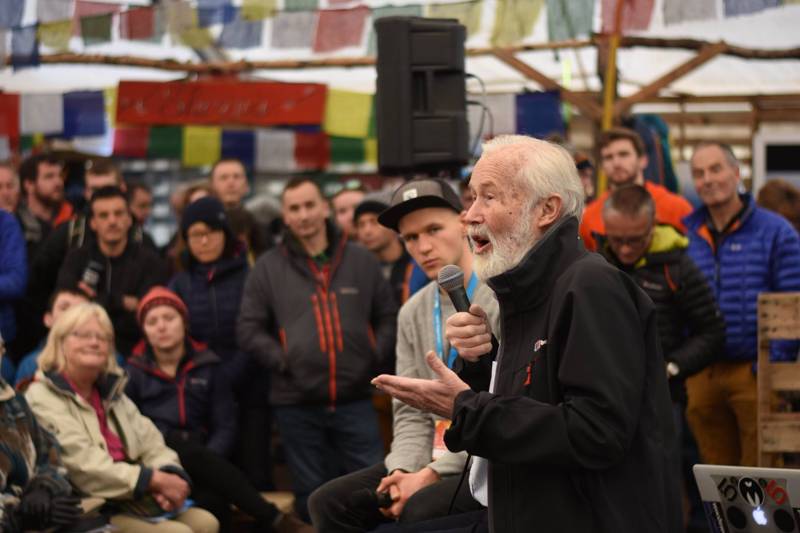 Forget Glastonbury and Bestival, when it comes to camping and the the great outdoors, the festival we adore is Kendal Mountain Festival in Cumbria. Celebrating all things mountaineering, this gathering of likeminded outdoorsy folk is the ultimate blast of fresh air and inspiration you need to plan your very own adventure. Here's a quick explanation of what it's all about...

Kendal Mountain Festival is an annual event, usually held on the third weekend of November and focused around the weekend, though with many events starting as early as Thursday. This year's festival will be held on 14th–17th November 2019.

Kendal Mountain Festival is held in the market town of Kendal in Cumbria on the south-eastern edge of the Lake District National Park. The epicentre of the festival is at The Brewery Arts Centre in the middle of town, with a large marquee ‘Base Camp’ covering the arts centre’s outdoor space. The festival, however, takes over the whole of Kendal, with venues including the local school, the town hall, Kendal Leisure Centre and more, including a pop-up mobile cinema.

Kendal Mountain Festival is an assembly of adventure and mountaineering events, films, speakers and well-known personalities in a celebration of all things outdoors. There is no one catch-all description but the festival takes over the town for activities of all forms, making Kendal Mountain Festival one of the most diverse events of its kind in the world. 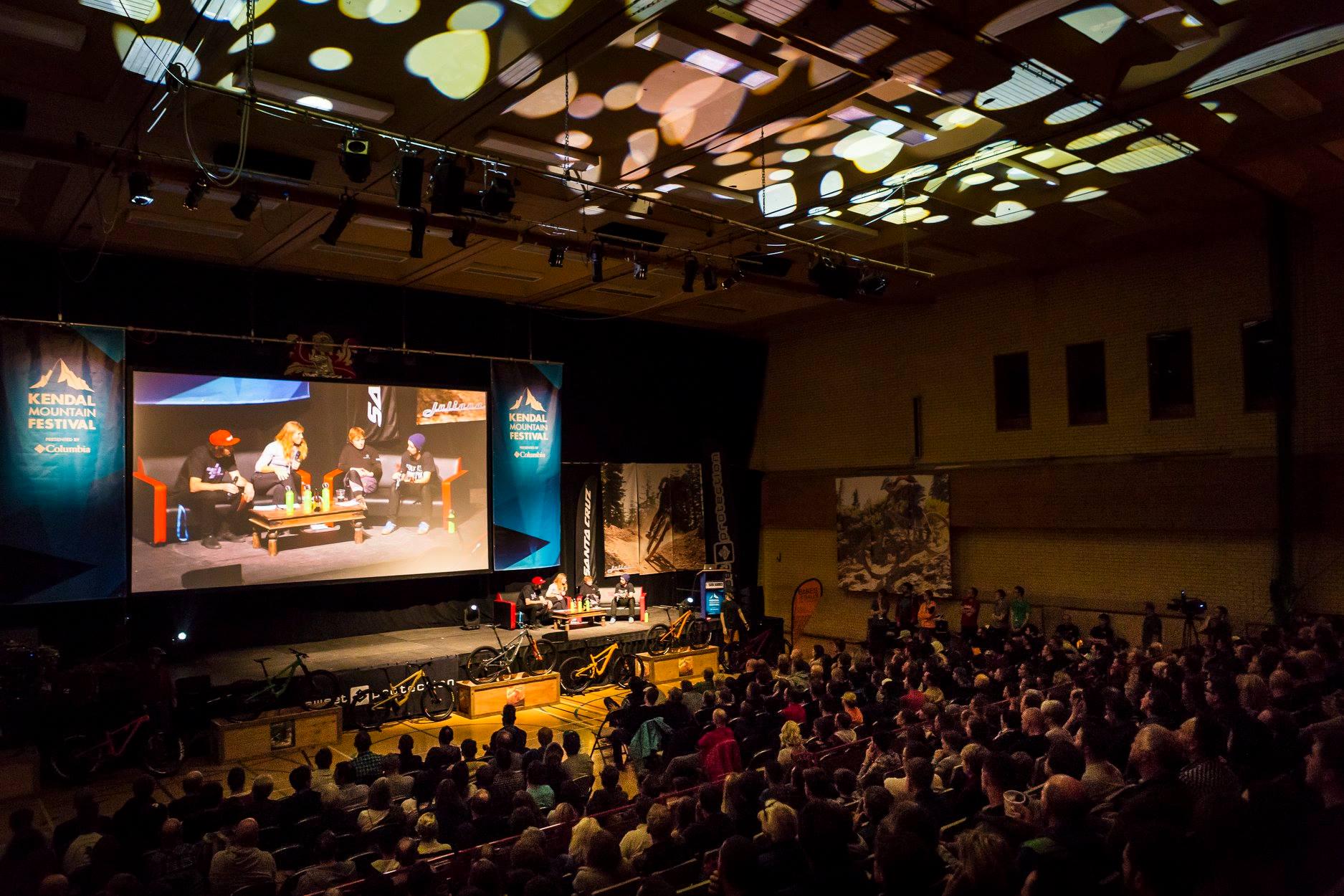 So what are the different things going on?

Kendal Mountain Festival largely centres around a film festival, with thousands of submitted films whittled into a shortlist of around 80, which are then shown at film screenings throughout the weekend in various locations across town. Films vary greatly, from pensive documentaries considering the impact of construction on remote communities and poetic shorts about why we love mountains, to high-adrenaline climbing films, wild white-water paddling and dare-devil feats in skiing, slack-lining, base jumping and more. As the largest event of its kind in the UK, Kendal Mountain Festival often attracts a number of world premières, while many of the film’s producers and stars are also in attendance, introducing their films and taking questions. On the Saturday night, winners from various categories are revealed at the film awards night.

While film screenings are continuously running across town throughout the weekend, there is a huge variety of festival events beyond. A series of themed ‘sessions’ are run, usually lasting around three hours, focusing on different sports or outdoor pursuits. The popular Ski and Snowboard Session, for example, will have a series of top personalities in the sport, with the chance for the audience to ask questions, hear discussions and watch the latest film clips. There are also sessions for climbing, mountain biking, outdoor swimming and running, while other focuses include photography classes, rock-climbing tuition and special family-orientated events. Some of the most recent speakers at Kendal Mountain Festival include Tommy Caldwell, Steve Backshall, Mark Beaumont, Sir Chris Bonington, Jenny Tough, Anna McNuff, Billy Morgan and Jenny Jones.

The festival also hosts art exhibitions, a photography competition and the Boardman Tasker Prize for Mountain Literature, an annual award for mountain literature and poetry. Literature is also more widely represented at the festival, with authors in attendance to talk about their books and read extracts.

As with any UK festival, the town (The Brewery Arts Centre and ‘Base Camp’ in particular) is awash with the latest brands also trying to make their mark. There are pop-up shops in the Base Camp area with the latest gear from Berghaus, Columbia, The North Face, Patagonia, Lowe Alpine and Sherpa, to name but a few, along with a bar and café and a stage with speakers and ad hoc fun sponsored by the inimitable team from Sidetracked, an independent adventure magazine.

In short, Kendal Mountain Festival is a celebration of all things outdoors and mountaineering with an angle towards the UK and the Lake District National Park. The British Mountaineering Council (BMC) state that it is “by far the largest and most varied event of its type in Europe and it's the main social event for outdoor enthusiasts in the UK."

Anything in particular to look out for?

We’re avid fans of Kendal Mountain Festival and always try our best to dip into as many of the activities as possible. We’ve been year after year, and published a full review of our 2014 experience. Here a five quick favourites we’ve come to love from our previous visits…

The 2019 film programme has not yet been released but you can sign up for ticket news now or, if you’ve got your own film, you can enter the film competition here. 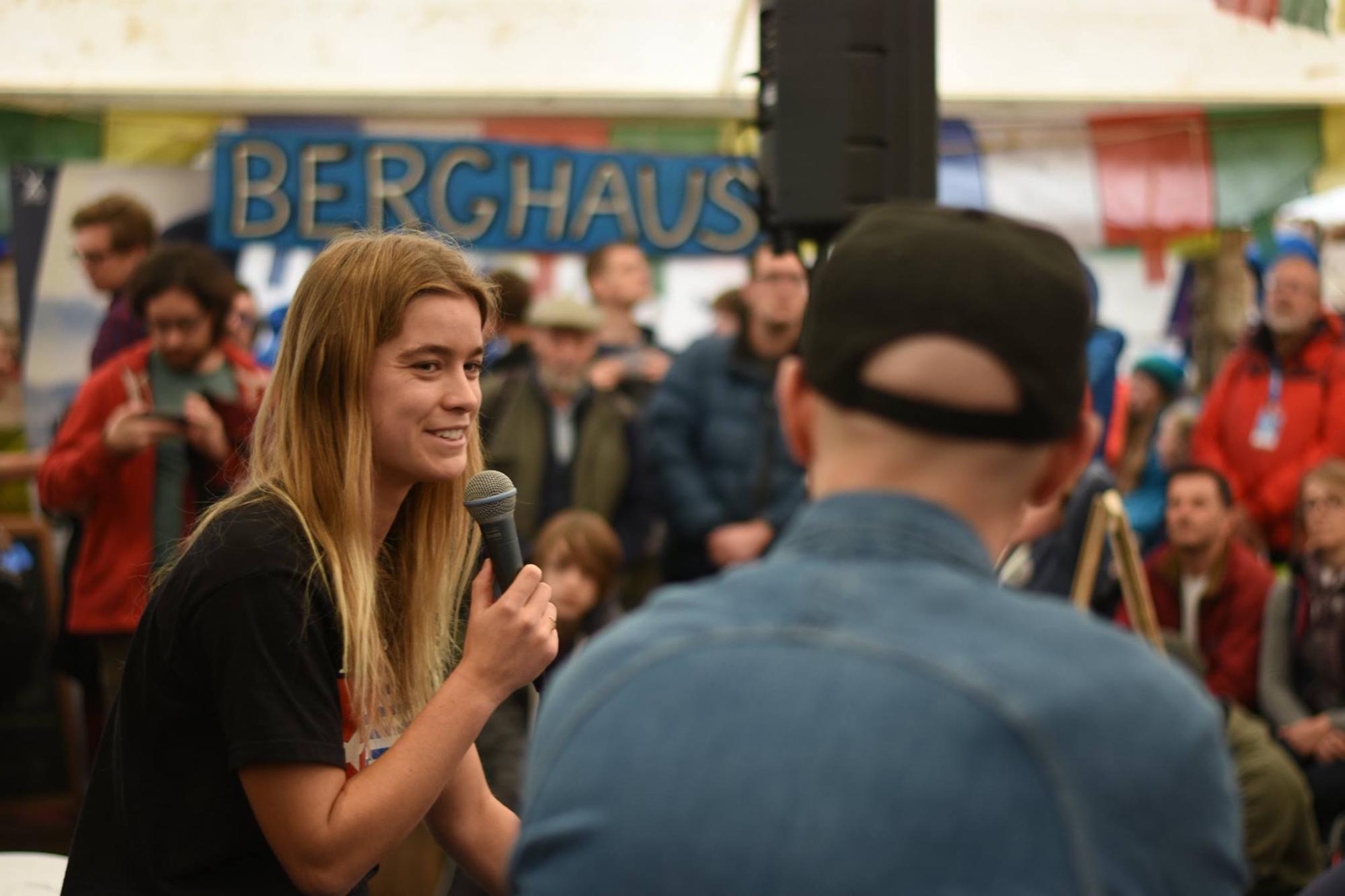 There’s a hostel next door to The Brewery Arts Centre but it books out well in advance and, given its proximity to the festival, isn’t always the most peaceful spot. Other hotels and B&Bs in town also get booked out over the festival weekend, so get on the case early.

The festival usually runs a small pop-up campsite at the Kendal Rugby Club with parking spaces for campervans but, provided you don’t mind driving in and out of town, we recommend finding a campsite in the Lake District more widely, particularly those around the Windermere area or by searching for campsites near Kendal. YHA Windermere has a range of camping, glamping and bunk room options, while Kentmere Farm Pods, just outside of Staveley is one of our closest recommendations and perfect for the time of year (it’s also within hiking distance of a good wild swimming spot – Gurnal Dubs – recommended to us at the Outdoor Swimming Session in 2018).

Another cosy November option is to rent a campervan for the weekend, particularly if you’re travelling to Kendal from further afield. In the past, we’ve hired from Capricorn Campers in Norfolk and enjoyed some serious campervan comforts for the weekend. As it’s November, many campervan hire companies offer good deals and low prices, so its a prime opportunity to try campervan hiring if you're new to it. There are plenty of caravan and campervan sites in the area, while discrete parking in Bowness-on-Windermere is largely tolerated at that time of year on the Glebe Road, as well as other out-of-town spots closer to Kendal (note this is not recommended in summer or at other busy times).

How much does it cost?

Kendal Mountain Festival has no entry cost and each event at the festival is individually ticketed. Film passes give you access to all film sessions for the entire day, so you can drop in and out of the different sessions that interest you, while you can also by single ‘Best Of’ tickets for the Sunday, allowing you to attend just one of the ‘Best Of’ film sessions. Different speakers, from authors to sportsmen and women, have varying prices depending on how long they’ll be speaking for and their relative profile.

If you want to go to everything, the cost of the festival can quickly add up but if you pick and choose a few highlights it makes for a fascinating and affordable weekend. The Base Camp area is free and has regular speakers throughout the day everyday, so be sure to pick up a festival guide when you first arrive and have a read of who will be speaking there too.

For a shorter insight, and a highlight of the best films of the year, Kendal Mountain Festival also takes a handful of films on tour and takes the Kendal spirit around the UK. The tour visits around 20 different locations throughout the year and more information can be found here.

Watch the most recent trailer...