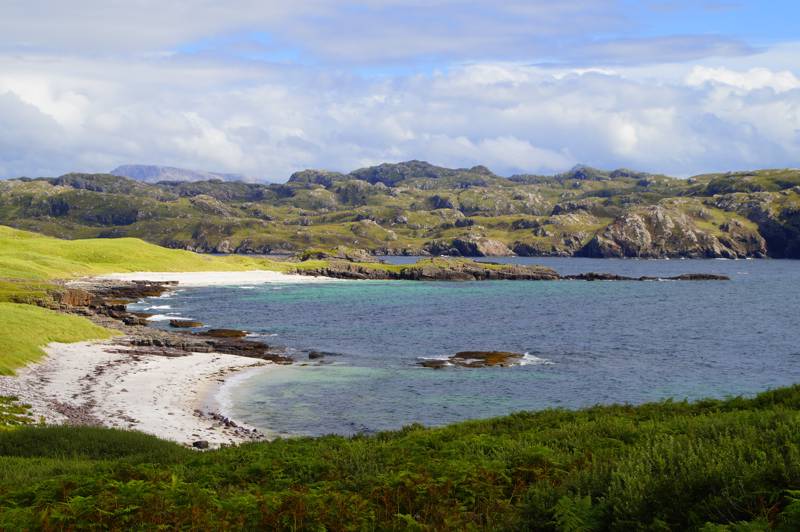 Is Wild Camping Legal in Scotland?

When it comes to the rules and regs around wild camping, confusion reigns. Have you heard it whispered that wild camping is legal up in The Highlands? Can it be possibly true? We’re here to sort fact from fiction and answer once and for all: is wild camping legal in Scotland?

The short answer is yes: wild camping is legal in Scotland. It is the only country in the UK where there remains a general rule in favour of wild camping. England, Wales and Northern Ireland all have laws to restrict camping – unless you seek the landowner’s permission first. While this doesn’t mean wild camping is completely off limits it adds a level of complication that doesn’t exist in Scotland. As far as we’re concerned, when it comes to wild camping Scotland is a winner!

The law and wild camping in Scotland

The Land Reform Act (2003) is the act of Scottish parliament that secures public access rights for unenclosed land in Scotland. Those ‘rights’ include the right to camp. But with rights come responsibilities, of course, and anyone considering wild camping in Scotland is required to abide by the Outdoor Access Code. The code basically asks anyone who owns or uses land to act responsibly – with guidelines for landowners, dog walkers, hikers and campers. It’s all pretty sensible advice which we reckon would come naturally to most wild campers but whether you’re a wild camping veteran or are considering your first trip outside a campsite, it’s well worth a quick read.

The guide states that the right to wild camp covers people camping in one place for a short period of time (up to three nights) in small numbers. Although any open land covered by the act is essentially fair game, the Access Code advises campers to leave no trace of their stay and to camp away from farm animals, crops and buildings to avoid causing problems for local people. For any regular camper and outdoor enthusiast, these things go almost without saying, but the importance of avoiding conflict in Scotland also demonstrates that the legal right to wild camp can work. It will help protect the law in Scotland and perhaps, in the future, other parts of the UK will take notice. Here’s a quick recap of the main points in the guide:

In the UK, wild camping fans cling to the “buts” that follow the facts. For example: wild camping is illegal in England and Wales, but there are some places where it’s tolerated and one special spot in Dartmoor where it’s allowed (check out our guide to Wild Camping in England for more on that). In Scotland, the opposite applies. As the general rule is in favour of wild camping, the “buts” can be bad news for camper freedom. For example: wild camping is allowed in Scotland but there are some seasonal byelaws which restrict that right. At the time of writing, the only byelaw you might need to worry about is the one that came in to force in 2017 regarding Loch Lomond & the Trossachs National Park. The byelaw means you have to get a permit to camp in some of the most popular spots in the national park between March and September. Although some have seen this as an infringement on public rights of access, it is not necessarily all bad news. The permit system limits the number of campers – which means more space for those who get a pitch and reduces the impact on the protected landscape. Space and natural beauty are certainly high on the list of priorities when we look for a wild camping spot, so you might argue that the byelaws are a necessary inconvenience. What’s more, they restrict camping in just four per cent of the park – which leaves 96 per cent of wooded glens, hills, mountains and lochsides blissfully unrestricted!

Why you should choose Scotland for your next camping trip

The legal right to wild camp in Scotland is one reason to head there with your tent. Its wild beauty is another. Scotland has two national parks: The Cairngorms in the Scottish Highlands and Loch Lomond & the Trossachs – based around the Britain’s biggest lake or loch. It’s home to Britain’s highest mountains, most-expansive forests, miles of beautiful coastline and hundreds of inland waters as well as offshore islands. For more information on where to pitch for free, check out our guide to Wild Camping in Scotland and if you fancy something a little less wild, there’s always the Cool Camping Nearly Wild Campsites Collection. With so much wild and natural beauty in Scotland, you can trust that some of our Scottish campsites fall neatly in to that category.