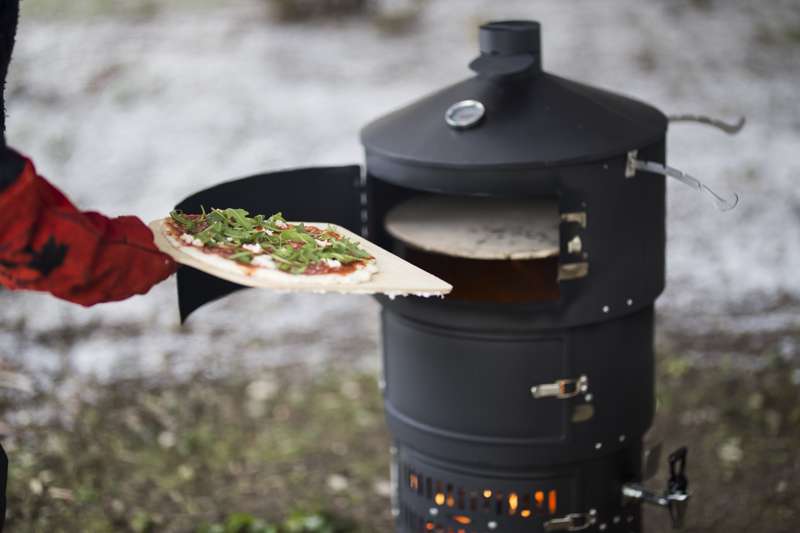 The ‘Kitchen in a Backpack’ that's cooking up a crowdfunding storm

Billed as the new ‘Swiss Army Knife’ of outdoor cooking after it appeared at the Caravan, Camping and Motorhome Show last month, the award-winning outdoor cooking stove, Aquaforno, smashed its crowdfunding target when it launched last week, achieving more than 100% of its crowdfunding target ($25,000) in just five days. So we thought we'd check out what the fuss was all about...

First coming to our attention during filming for a camping special on Channel 5's The Gadget Show and later appearing on Cool Camping's recommended Christmas gift list, the Aquaforno, which combines log fire cooking with proper pizza making, has always been an eye catching implement on the camping scene. The newer Aquaforno II, though, also adds a split level grill, rotisserie, smoking hange, and double-insulated lid to the original concept. It's all still collapsable and portable, even if it's not the sort of small scale camping stove you're going to take on a wild camping or light-weight camping trip.

“We’re over the moon with the interest and the backing we’ve received from people so far”, co-inventor of Aquaforno Tim Rhodes told Cool Camping. “The Aquaforno II can be pre-ordered at the lowest possible price during the crowdfunding period, so we're still encouraging people to pre-order.”

The original Aquaforno cooking system won ‘Camping Product of the Year’ in the UK Outdoor Industry Awards 2017 and got the nod from Cool Camping judge James Warner Smith on The Gadget Show during a pizza cooking session in which Cool Camping aided the programme's host testing the latest camping equipment.

"It's a pretty unique and all encompassing stove", Cool Camping Kids editor James said. "It was hot enough to overcook our pizzas when we dawdled too long during The Glamping Show so it's certainly built to cook at a top level. But it could also be used for anything from a Sunday roast to my own Cool Camping paella!"