A tranquil site with stunning views in all directions

The rise and fall of The Three Rivals mountain range splinters from the western edge of Snowdonia and drops towards the coast. In the foothills of the National Park, where the slopes peter into tranquil countryside that then merges into beachy coast, Bach Wen Farm lies in a historic building with 7th century origins. Tucked on this ribbon of land between mountains and sea, the farm has been transformed into a welcoming self-catering property. But with such a picture-perfect setting it’s more earth-bound accommodation that now boasts perhaps the best position of the lot. The owners have stepped from the farm cottages into the lush gardens beyond and shaped an understated yet beautiful campsite – a peaceful destination for lovers of the great outdoors.

Tucked in a secluded woodland glade a short walk from the farm buildings, tent pitches offer a quiet spot to relax on the seafront, while two glamping pods provide that little extra comfort. The pods boast electricity and a mini-fridge along with a toasty log-burning stove that serves to keep the place warm during the colder winter months. The rusticity of the stove is echoed in the wooden cabinets and old lamps, while a fold out futon acts as a cosy bed that gives extra space during the day. A private shower room and toilet make the place your own, as does a private area on the doorstep overlooking the sea, a dreamy spot to while away the twilight hours.

A recently-renovated barn by the main buildings acts as a sociable space to shelter, where you can hang out with friends and download the days activities. A few yards to the sea lands you on a beautiful stoney beach. Here shingle and rocks are washed amongst the waves before the tide recedes, revealing some softer sandy patches. It's a safe place for swimming and fishing, along with hopping amongst the rocks, sea-life spotting in the pools.

Campers shouldn’t let the escapism of coastal living prevent them from heading elsewhere though, since the surroundings of Bach Wen Farm are as pleasant as the site itself. Within walking distance the ancient burial chambers and historic church in Clynnog Fawr are centrepieces to a charming village, only lacking in a pub (though the local is set to re-open soon). A drive west along the Llyn Peninsula rewards you with further sandy beaches and a handful of quaint rural settlements. Hikers will, undoubtedly, head straight for the hills of Snowdonia National Park but it is also worth taking the time to explore parts of the longest coastal walk in the UK which starts just next to the campsite in Clynnog Fawr.

Whether you traipse through the mountains or relax on the beach, Bach Wen Farm acts as the perfect base for exploring the north west coast of Wales. Be sure to get back by bedtime, though, as the campsite itself is one of the best places around to watch the sun kiss the sea and disappear over the Irish Sea.

Bach Wen Farm is just north of the Llyn Peninsula, occupying a coastline spot with stunning views across Caernarfon Bay with the backdrop of the Snowdonia mountains. The site also consists of holiday cottages and a renovated barn with well stocked bar and is a total of 9 acres with access to a beach, where you can swim, fish, and play. Camping pods, Dandelion or Burdock, come fully equipped with wood burning stoves, a mini fridge, electricity, a futon, and a private outside area overlooking the sea. Each pod has it's own private shower room, yours for the duration of your stay. The recently renovated barn is accessible to all campers and has sofas and tables, books, piano, games and a TV for all to use.

Everyone is welcome at Bach Wen. We are a wedding and events venue as well as holiday cottages and camping/glamping location set in the most beautiful of surroundings. With our own beach and paddock we have plenty of space for outdoor enthusiasts as well as dog owners. Whether you like to swim, kayak, stand up paddle board or enjoy a spot of fishing......Bach Wen is the place for you! Our location at the edge of Snowdonia National Park means that we are ideally situated for walkers, climbers and cyclists of all kind and our on-site bar means that with prior arrangement there will be a cold glass of beer or wine waiting for you on your return after an exhausting day either on the sea or in the mountains. Tents, pod-bound glampers and dogs are all welcome.

The views and scenery are truly breathtaking with sunsets to die for. A short walk into the village of Clynnog Fawr will take you to the church of St Beuno, while Caernarfon Castle and Bryn Bras Castle are both within driving distance. Aberdaron is on the end of the peninsula and the famous Whistling Sands National Trust beach not too far away either, while Trefor is 5 mins drive away and has a quiet sandy beach where offshore, deep-sea fishing trips & boats can be launched for a fee. A 15 minute drive to the north edge of the peninsula will get you to Nefyn and Porthdinllaen, stunning National Trust land with a world class golf course and the amazing Ty Coch pub to reward yourself after a walk along the amazing golden sandy beach. Energetic campers can enjoy pony-trekking  south of Barmouth (around 1hr drive away) or surfing and water sports a lot closer in Abersoch. Walkers will love Snowdonia National Park , best entered by a trek along The Nantlle Ridge or take on Snowdon, the highest mountain in Wales. Portmeirion, the Italianate coastal village, lies about 25 minutes' drive away and cannot be missed. One of the newest attractions to North Wales is Adventure Parc Snowdonia, which has the UK's first artificial surfing wave along with a brand new pump track, indoor adventure climb, high ropes, drop jumps and zip wire, soft play and much much more!

The locally caught seafood is some of the best in the world with much of it exported to France and Spain due to it's quality. Many different options of food can be provided on site for large groups with prior arrangement and the barn has a bar with 7 day licence but opening hours will depend on the number of guests - so make sure that you get in touch to prearrange any particular soirees! Clynnog Fawr is a 5 minute walk away where there is a Londis shop with all the basic commodities you need and a petrol station that is open late but no pubs in the village itself. North Wales is fast becoming a culinary haven with very many fantastic places to enjoy such as The Marram Grass and Sosban on Anglesey, Osteria not far away in Caernarfon and the spectacular Dylan's in Criccieth, set in a glass fronted Art Deco building on the beach designed by local architectural icon Clough Williams Ellis (a short drive across to the other side of the Llyn). Caffi Meinir is a lovely little cafe at Llithfaen with spectacular views across the bay and other little gems include the Insomnia Coffee Company in Nefyn, Caffi Porthdinllaen and The Cliffs. If brewing is your thing then Cwrw Llyn in Nefyn is also well worth a visit and a lovely little local tipple.....but make sure that you plan your public transport wisely!

From the M56 East, follow the A55 North Wales and leave at sign for Caernarfon. Drive through Caernarfon and follow the A487 towards Porthmadog. After 3 miles you will approach a roundabout. Turn right onto the A499 towards Pwllheli. After a further 7 miles you will come to the village of Clynnog Fawr. Continue past the church on your left and after a further 100 yards you will see a red hanging sign 'Bachwen Holiday Cottages' on the right hand side. Turn right into the splayed entrance and follow the lane down towards the sea. Keep driving until you see the red reception sign.

Having just spent Easter weekend camping here with my friends I can honestly say I can't recommend this place enough. Great attention to detail across the entire site with pods, cottages and camping spots scattered across the grounds with privacy and great views. Lovely, hot showers and toilets. Warm and friendly bar with hosts that are always on hand should you need them. We had a Sunday roast which was fantastic with vegan and vegetarian options. We will definitely be back!!

Nestled between the marvellous mountains and wild sea, this little pod was the perfect place to be amongst nature at it's most handsome. The Pods are beautifully decorated and well equipped. Eating breakfast on the veranda, watching the sea rolling in and out was a particular delight. Our stay was incredibly comfortable and our hosts, Johnny and Helen, couldn't have been more welcoming. We can't recommend Bach Wen highly enough. We'll certainly be back for more soon!

A sheer joy and delight

Fabulous setting, fabulous amenities, fabulous hosts - really so much to say and yet so little: You cannot fail to be charmed by this little chunk of heaven, a place to breathe deeply of clean sea air, take time out to meditate, hill climb, beachcomb, chill out - can't wait to go back :-)

Little Gem of a site

Beautiful site nestled at the foot of Snowdonia with its own beach. The facilities are well designed and nicely realised and the bar-dining-communal area is large enough to be accommodating but small enough to be intimate. A short walk up through the pretty little village leads to stunning views of Anglesey and a short drive takes you up the coast to Caernarfon. Recommended.

Peace and tranquility by the bucket load.

I have stayed at Bach Wen Farm several times now.... as a guest in the cottages, under canvas and more recently in one of the stunning pods.  Each visit has been different and each spectacularly fabulous!  As someone who enjoys home comforts the shower block was a real luxury when camping.  Stylish fixtures and fittings and plenty of hot water and always clean and tidy.  The barn with its bar and food is an added bonus and many evenings have been spent with the hospitable owners Helen and Johnny putting the world to rights over a glass of wine. The setting is the stuff of dreams.... it's own private beach and well equipped play area meant the children were always exploring and happy.  Bach Wen also boasts some of the best sunsets I have ever encountered.  It has become a place very dear to me and my family (including our 2 dogs) and I cannot recommend it enough.

See Campsites on the Llŷn Peninsula

See Glamping on the Llŷn Peninsula

Luxury, en-suite glamping on the Llŷn Peninsula with stunning views 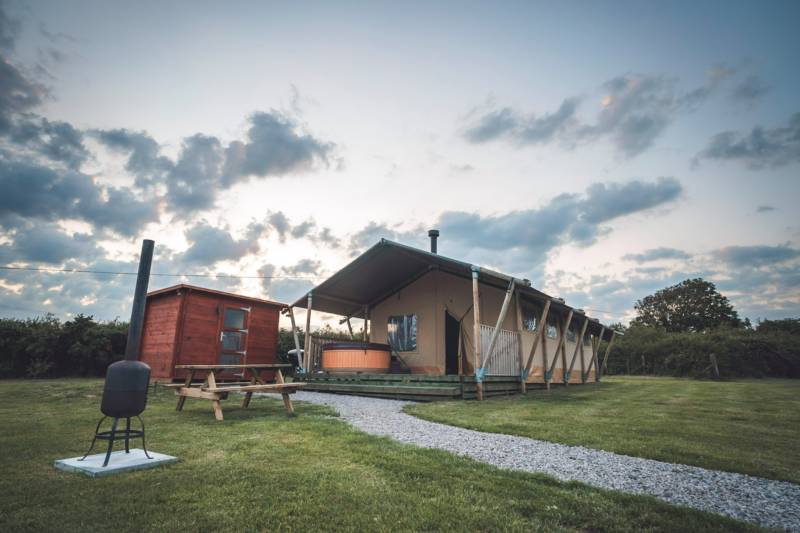 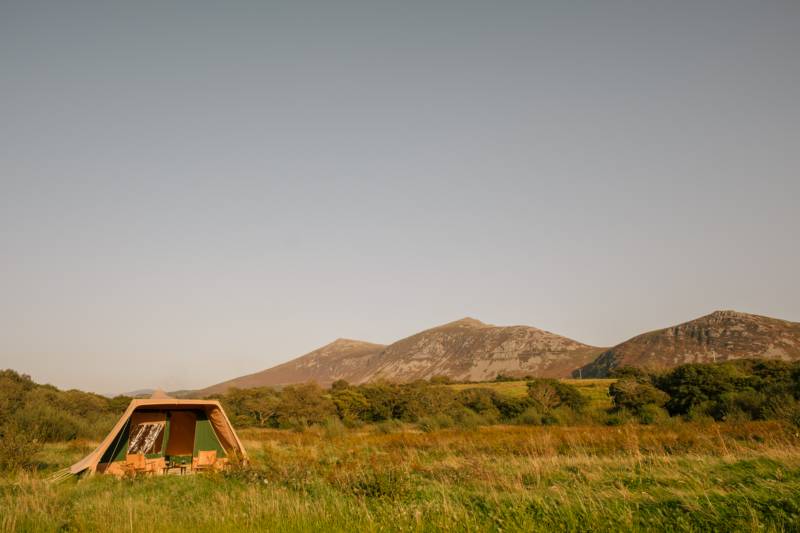 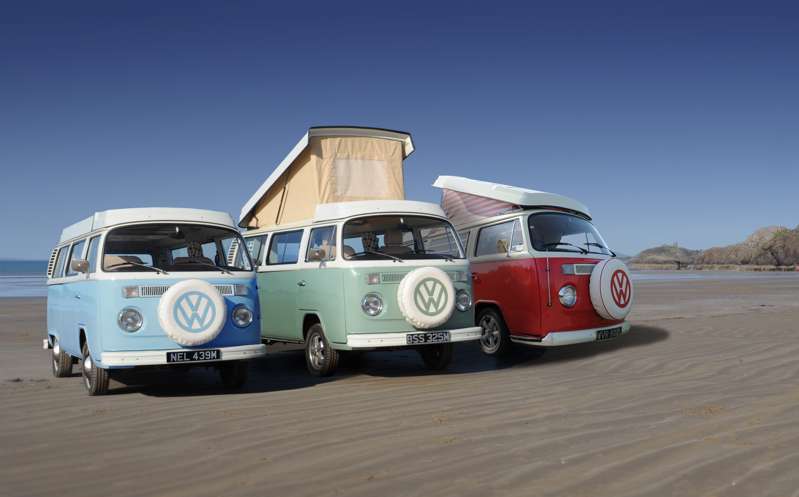