Steeped in history and awash with beautiful beaches, pretty little harbour towns and miles of open countryside, the region of Normandy in North West France is a great destination for a glamping holiday. Whether it's a bell tent by the beach, a safari tent on the riverside or a romantic treehouse just for two, discover the best glamping in the region with our latest recommendations.

Popular in Glamping in Normandy 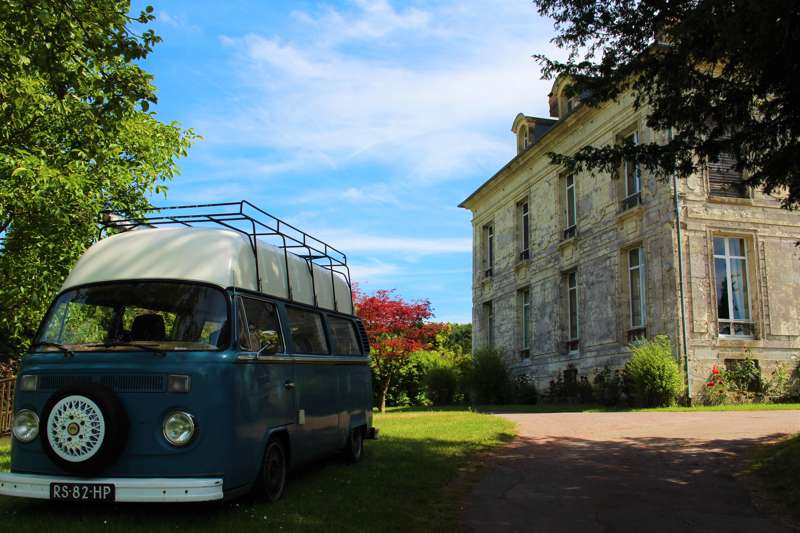 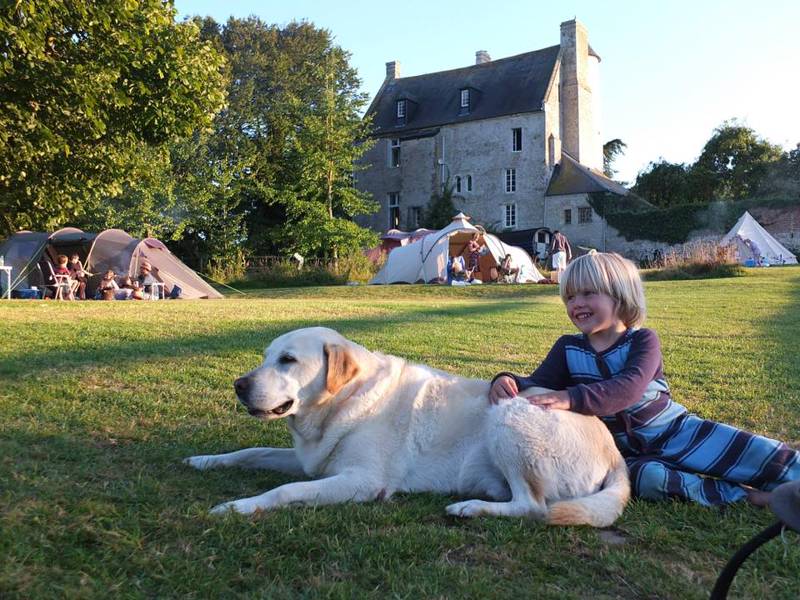 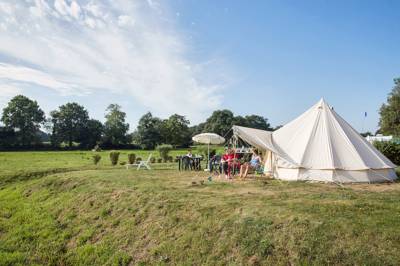 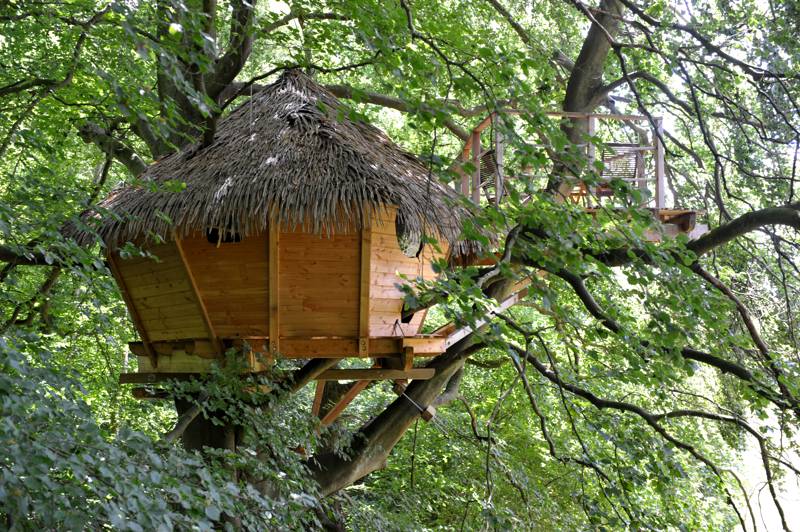 Glamping in Normandy by department

Discover the Calvados countryside in style with this collection of the coolest glamping sites in the region, including yurts, bell tents, family-sized safari tents and incredible treehouses for two.

Beautiful beaches, historic towns and cities and wide, open countryside that's perfect for exploring by bike or on foot. The department of Manche in Normandy is a recipe for glamping glory and the perfect place to go on a glamping holiday with friends or family.

France is known for its campsites and it offered glamping long before we even had a word for it. It’s no surprise, then, that these days there are some truly great glamping sites across the country. Here, we’ve focused on the best glamping sites in Normandy on the country’s northern shoreline. The good news for campers heading across the Channel from the UK is that Normandy is not only one of the closest Continental destinations but also one of the most fascinating. It’s home to towns and villages that you’ll already know the name of; Camembert and Bayeux for starters, Monet’s Garden at Giverny, the D-Day beaches and to Mont St Michel. We can think of few other regions that lay claim to so many and so varied well-known places to visit. Many people would consider just one of them reason enough to visit - add them together and you’ve got plenty to fill every day of a week-long glamping holiday. But it’s not just the sights that make this special - it’s the scenery too. The region is a great mix of coast and country. There are long sandy beaches and chalky cliffs on the coast with lots of green countryside inland. In other words: it’s perfect glamping country. Thankfully there are lots of savvy campsite owners who’ve recognised the potential and, as a result, you’ll find a wide choice of glamping sites in Normandy.

Glamping accommodation ranges from simple bell tents to elaborate treehouses and Normandy seems to have the lot. Almost every campsite seems to offer some kind of souped-up camping experience for those among us who like a few home comforts with their camping - or who are simply too posh to pitch! Whether you’re after a beachside, lakeside or farm-based glamping site, you’ll find an option to suit you. Some sites are set aside for glampers only but most are a mixture of camping and glamping which can make for a more sociable site - and often one with a greater range of facilities too. Among Normandy’s sites you’ll find yurts, safari tents and lodges, cabins, roulottes (the French version of a shepherd’s hut) and gypsy caravans. The glamping scene in France is perhaps even more varied than that of the UK - thanks to the popularity of camping and the demand for places to stay. More and more glamping accommodation types are popping up all the time, so who knows what will come up next?

Things to do and places to visit in Normandy

You might well be content to hang out on your Normandy glamping site and soak up the sights and sounds of the countryside or coast that surround it. Sometimes glamping for glamping’s sake is enough; a pretty place to stay, a barbecue every night and the chance for the kids to run wild make for a pretty perfect holiday. Add in the exotic elements that come from being on a French glamping site: croissants for breakfast, a swimming pool on site and the (hopefully) better weather - and you’ve got holiday heaven. But if you want to explore, there’s plenty to see and do in Normandy. There are lots of historic sites which may be of particular interest to glampers from the UK thanks to our many links with this region. First up are the poignant D-Day beaches where allied troops landed in June 1944 to begin the liberation of Europe during the Second World War. There’s also the Bayeux Museum where you can see the famous tapestry featuring scenes from the 1066 Battle of Hastings and conquest of England and Rouen - the city where Joan of Arc was executed during the Hundred Years War.

Even Mont St Michel, the much-photographed tidal island off Normandy’s coastline, has a link with the England thanks to its Cornish counterpart, St Michael’s Mount. Another popular place to visit is Monet’s Garden in Giverny - the place that inspired his paintings of waterlilies. With lots of beautiful coast and countryside, including four natural parks, Normandy is a great place to enjoy the outdoors too. Walkers, runners, cyclists and horse riders will be right at home here with plenty of places to explore from the long sandy beaches, to the banks of the River Seine.

How to get to Normandy

Normandy is a great destination for a holiday abroad that doesn’t require a plane journey. That’s not to say you can’t fly - there are airports in Caen and Deauville - but for the majority of campers and glampers, part of the attraction of a holiday in Northern France is that you can take the car with you; packed to the rafters with all the gear you’ll need for your two weeks away. Trust us - even without the tent and bedding, you’ll probably still fill every available space - especially if you’re taking the kids on holiday. So the car is packed, but where’s the ferry from? There are direct ferries to Normandy’s shores from Portsmouth to Caen or St Malo (in neighbouring Brittany), from Newhaven to Dieppe and from Poole to Cherbourg. These all take between four and six hours on average. Alternatively, for a shorter crossing time, you could cross the Channel at Dover, either on the ferry to Calais, or on the train through the Channel Tunnel and then drive across Northern France to reach your destination.

at Glamping in Normandy, Steeped in history and awash with beautiful beaches, pretty little harbour towns and miles of open countryside, the region of Normandy in North West France is a ready-made glamping destination and the ideal place for a family glamping holiday.