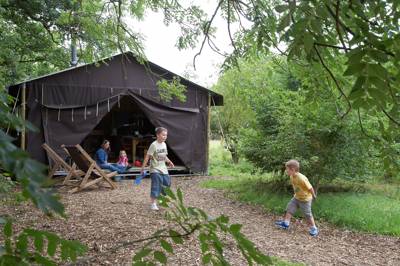 Proper on-the-farm French glamping, amongst a varied landscape of forest, fields and fauna. The coast is also a convenient half hour away.

Remember at school when you were papier-mâchéing around a balloon, clumsily trying to form the shape of a head? It looked dreadful, didn’t it? And the part-dried icky glue all over your fingers, annoyingly sticking everything together as you went along. It’s appropriate, then, that papier-mâché is a French term, because come to Scaër, Brittany, in the early summer and you’re taught a very harsh life lesson – you should have persevered. These guys are papier-mâché gods, the Michelangelo's of glue and A4. And their craftsmanship is put to the test at the Cavalcade festival, a bi-annual parade where residents compete to create the world’s best floats. Restricted to paper, glue and wire mesh, it’s easy to underestimate what’s possible – think replicas of the Eiffel Tower, giant moving turtles, model classic cars and gargantuan scaly dragons. Once you’ve seen it you’ll understand why a good 50,000 people turn up to spectate!

The extravagant Cavalcade structures encase tractors, trailers and cars, mostly lent by local farmers whose hay barns become workshops for the month. One such man is Cyril, farming the meadows 5km from Scaër, though most of the summer he is pre-occupied by more Cool Camping type affairs. Tucked below the tree line in his grassy cattle meadows, Cyril’s farm is home to brand new Canvas Lodges, set up by the renowned folk at Feather Down Farms. With years of experience providing glamping accommodation around Europe, Feather Down are master-craftsmen themselves and don’t do things by halves. Here you can expect the full works of double beds, sumptuous furniture, oak panelled interiors and wood burning stoves. The kitchen space comes with all the utensils you’ll need and outside there’s even a traditional wood-fired oven, so you can try your hand at making authentic homemade pizza.

While the luxe lodges make this a family camping break without the faff, it’s the wider setting of La Ferme de Penquelen that make holidays here so special. The immediate vicinity sees a coppice of sapling trees, springing up within the shadow of giant ash and sweet chestnuts. Inside the forest, kids can run amok – build dens, hunt for beasties or play with the rope swing that dangles playfully from the branches. Scratching amongst the roots, chickens look for fallen acorns and their coop, alongside your tent, provides fresh eggs each morning. Then there are the cows – easily spotted. The herd of 30 roam the fields just beyond where the canvas lodges are pitched. It’s not uncommon, though, to find one peering through your window in the morning or trundling past your veranda as they make their way up to the milking parlour.

Cyril is wonderfully hands on. His wife, Clara, and children, Yanis and Elise are as integral to the farm as him, helping herd the cows and introducing you to the other farmyard friends – you'll be a honorary farmhand in no time. By the time you’re out on the coast, beach hopping around the old port towns, your own kids will be tugging at your trouser leg. “We need to get back to help Cyril”, comes a peep behind the beach towel, “it’s almost time to milk the cows!” Perhaps it has just instilled a stronger work ethic in them – bet you never thought you’d get that out of a holiday! All the better for it too. By the time they're back at school, swimming in a sticky pool of papier-mâché gunk, they may just have the spirit to persevere – a testament to La Ferme de Penquelen and the local gods of papier-mâché.

The canvas frills lodges each feature a double bed, bunk bed and very cool cupboard bed suitable for 1 adult or 2 children (bedding included). Cots and highchairs are available at request. A cooking stove, cool box, table and chairs, sofa and wood for heating and cooking are all included. Each tent has an en suite bathroom with flushing toilet, hot shower and towels. There is an extended canopy outside and a BBQ for use. There are 2 deck chairs, and packs of candles and oil for the lamps. The farm also has an honesty shop where you will find a basic range of products to purchase and plenty of the farm's own produce. Cyril is happy to give a tour of the farm and kids can lend a hand. There is also a communal chicken coop where you can go and gather eggs by yourself every morning.

Glampers, families, groups, single-sex groups (by arrangement only) and dogs – yes. Campers and caravanners – no.

Top beaches lay about half an hour's drive away. Kerléven reveals a bed of shellfish when the tide ebbs away, dabble in the rock pools and dip around for crabs. It works well with a visit to the port of Concarneau (0033 2 98 50 38 38), where you can eat said shellfish as well as popping into their excellent fishing museum (0033 2 98 97 10 20). Pont-Aven (0033 2 98 06 04 70) is also close at hand, inspiration for artist Paul Gauguin and a wonderfully idyllic little town. The Aven River still trickles past the old mills, one of which is now a restaurant (0033 2 98 06 02 67) where you can admire the machinery within. There is a small Musée des Beaux Arts de Pont-Aven (0033 2 98 06 14 43) that houses a historical reconstruction of Pont-Aven at the end of the 19th century. Away from the coast, the grand Chateau de Trevarez (0033 2 98 26 82 79) is a fascinating place, built more than a 100 years ago, with lavish architecture, manicured formal gardens and contemporary art installations around the parkland. The Calvalcade of Scaër, where you can merge with the crowds and enjoy the papier parade, is on the last weekend of May.

The farm shop sells local produce alongside its own organic goods. On certain nights, there is a traditional wood fired oven that's lit for cooking – grab some of their home-made cheese and try your hand at making pizza. As you'd expect on a farm, the immediate vicinity is pretty remote. There are a couple of tiny eateries 10 minutes away in Saint-Thurien or north in Scaër, where there is also an intermarché. 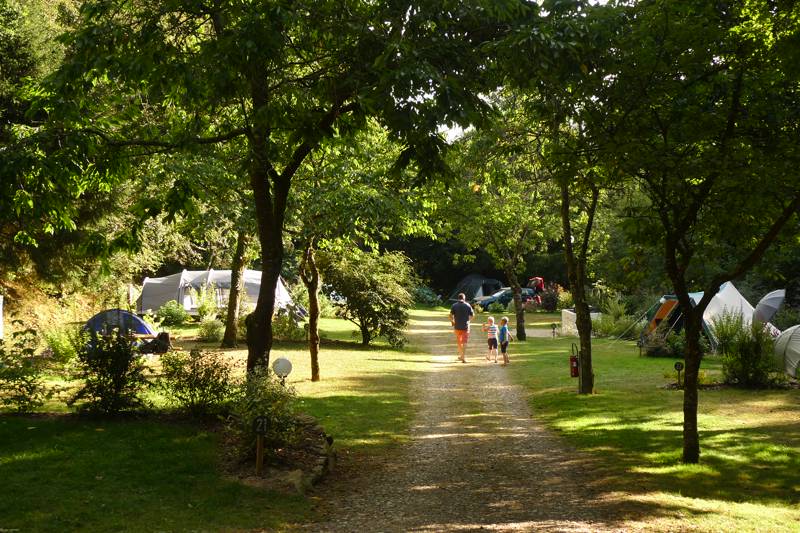