Just a hop across the Channel, Brittany is a convenient and beautiful destination to go glamping in North West France. Home to a third of the French coastline, it’s well-known for striped lighthouses on rocky cliffs, sailing and seafood. Inland it’s just as beautiful with miles of farmland, forests and Neolithic megaliths. Our handpicked selection of glamping sites in Brittany features everything from safari tents by the seaside to tree houses in the woods, so pick your pitch, pack the car and head for the ferry port; glamping abroad doesn’t get much easier or better than this.

Popular in Glamping in Brittany 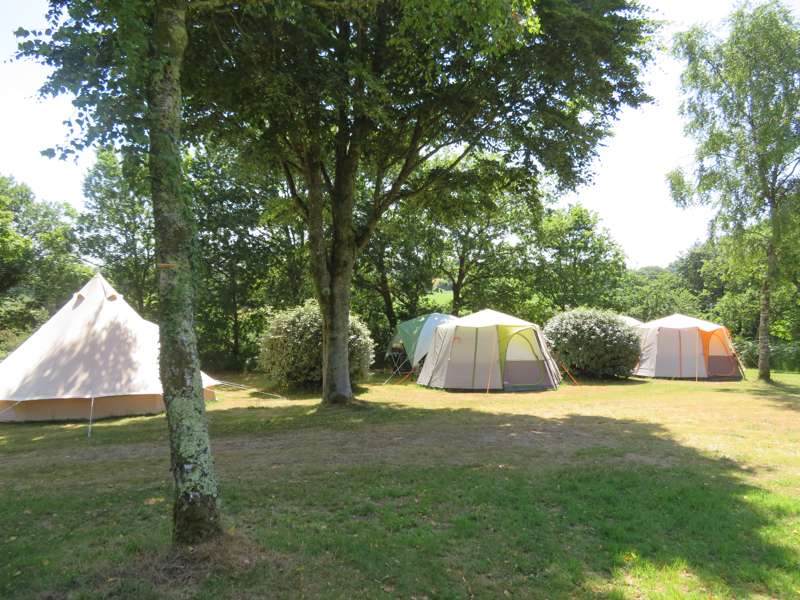 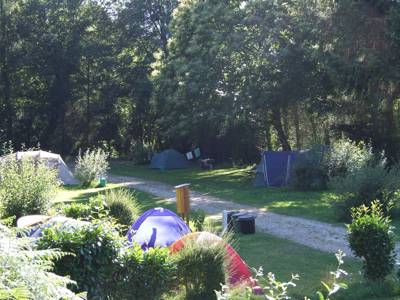 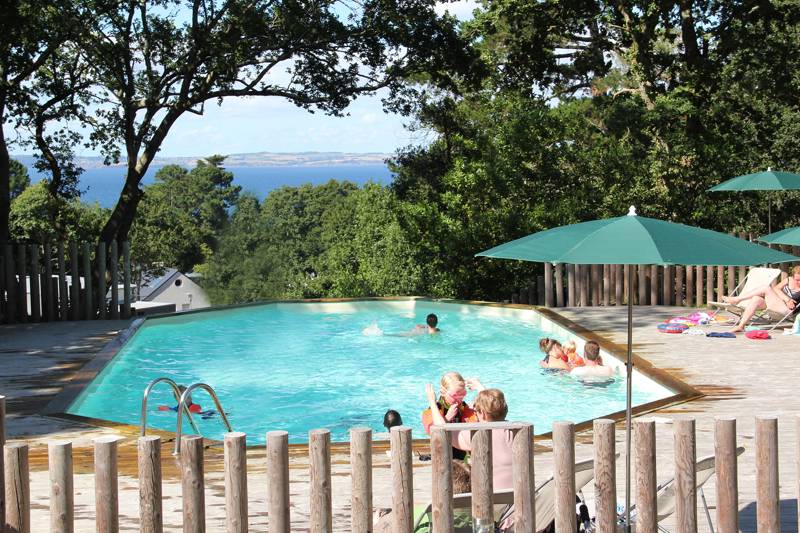 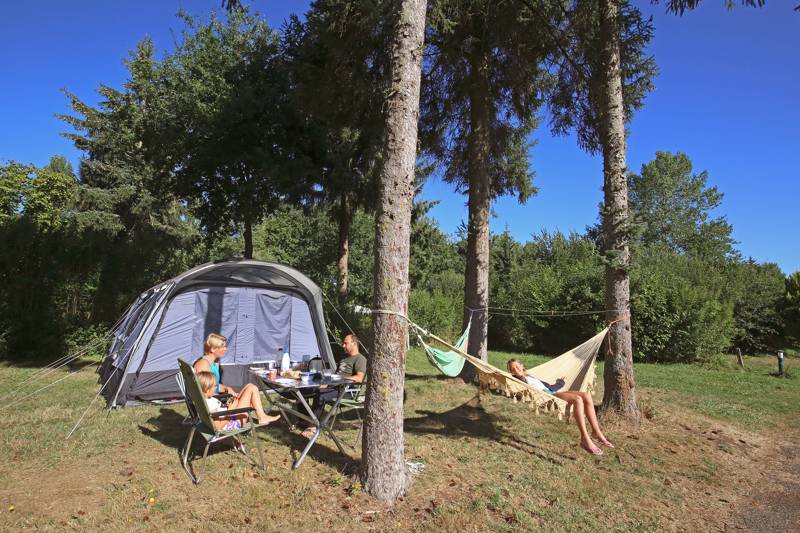 Glamping in Brittany by Department

Beautiful sandy beaches, historic towns and iconic landscapes, Finistère in Brittany, France, has it all. And, whether you want a bell tent, safari tent, treehouse or gypsy caravan, it's home to a wealth of glamping accommodation options too.

From tipis to treehouses, discover the finest glamping in the Ille-et-Vilaine department of Brittany in North West France with this collection of luxury glamping accommodation, chosen by the expert team at Cool Camping.

Stretching across the north-west corner of France, Brittany is the Cornwall of the Continent with a Channel-facing coast and an Atlantic one too. And just like Cornwall it’s a bit of a glamping hotspot. There are glamping sites near beaches, cliff-top campsites with glamping options and places inland too. Rural Brittany is farmland, orchards and forests which makes for as good a glamping spot as anywhere on the coast. The tough part is deciding which type of glamping site you’d like to stay at. Thankfully we’ve done some of the hard work for you and scoured this alluring region, along with the rest of France, to find the best glamping sites around. These tend to be smaller sites and are often, but not exclusively, independently owned and operated.

There’s something special about French camping and glamping sites. There’s the weather of course, which tends to be a tad better than the UK most of the time - even here in the north of the country, and then there are the little touches which make a site unmistakably French. We’re talking about the freshly-baked croissants brought in from the local boulangerie, the boules court and the table tennis table. Even on the most-basic of sites these things are pretty much standard. Larger glamping sites usually have a swimming pool too. All this makes holidaying in France, well, more of a holiday.

Glamping or luxury camping covers a huge range of different accommodation types - from simple bell tents to cabins which are kitted out like cottages and even quirky options like treehouses that have to be seen to be believed. Brittany itself has a great selection with pre-erected tents at the canvas end of the scale. And it's not just bell tents either. There are yurts and safari tents too. Then there are cabins, roulottes (or shepherd’s huts) and gypsy caravans occupying the more solid end of the glamping scale. If you want an experience that’s as close to camping as glamping gets - then look for a simply furnished bell tent. The classic French safari tent is a step up as it offers more space and usually has separated bedrooms which can be handy for families. If you’re travelling in a cooler season and are worried about inclement weather you might like to try a solid-roofed glamping cabin of some sort - a cosy hideaway for if it rains. And if you’re a luxury lover who is not yet sure that camping is for you - choose carefully. The most glam of glamping options have hot tubs, made-up beds and all sorts of things you’d usually associate with a hotel - so you won’t have to live without. We predict you’ll be converted soon!

Things to do and places to visit on Brittany’s Coast

The enduring symbol of Brittany is the lighthouse - and it’s no surprise when you realise that Brittany has a coast of 1,700 miles with the highest concentration of lighthouses anywhere in the world. Some of the lighthouses are open as tourist attractions, but even those which are not are sites to behold in themselves and a good way to tour them is on bike or on foot. On Brittany’s Channel-facing coast the walled city of St Malo is a popular place with visitors and a wander around its cobbled streets is a nice way to spend a day. It’s not far from Mont St Michel, a UNESCO World-Heritage listed site in neighbouring Normandy which is well worth the short detour. This tidal island, linked to the mainland by a causeway, looks like something out of a fairy tale with the spires of a medieval abbey crowning the island’s narrow streets. The Breton town of Cancale, on the same wide bay, is known for its oysters so if you’re on a romantic glamping trip you might like to take a trip here to buy a dozen. Brittany’s Atlantic Coast offers both windswept beaches which are good for watersports and some more family-friendly sands which are perfect for swimming. If that sounds like your kind of coast check out the glamping sites near Southern Brittany’s Gulf of Morbihan.

Things to do and places to visit in rural Brittany

The Armorique Regional Natural Park links the coast and countryside as it meets the sea between Brest and Cornouaille - and stretches inland to the Monts des Arrée. This protected natural park covers more than 450 square miles and offers visitors hundreds of miles of signposted trails and footpaths so it’s perfect for walking, running, horseriding and cycling. It's a combination of heather moorland, sand dunes and forests and is where you’ll find Roc’h Ruz. At 385 metres it’s Brittany’s highest peak - a hike but a manageable one for most people with panoramic views from the summit.

It’s impossible not to draw comparisons between the countryside of Brittany and it’s English twin on the other side of the Channel: Cornwall and the south west. Both were once forested and have myths and legends associated with the woodland. In Brittany, you can visit Paimpont to find out more about the area’s past. There are still 25 square miles of woodland and there are many sites associated with the legends of King Arthur - as well as Neolithic monuments and standing stones which are reminiscent of those found in England. And like Cornwall, Devon and Somerset, a lot of apples are grown in Brittany with cider one of the regional specialities. It’d be rude not to try one. For more ideas on things to do in the area visit the Tourisme Bretagne website.

How to get to Brittany

Brittany is a fantastic destination for a no-fly holiday abroad. Ferries from Plymouth or Portsmouth can transport you straight to the region’s shores so you can start your holiday from the moment you arrive on French soil. You can pack up the car (or your backpack) at home and unpack it when you reach your destination - rather than having the awkward slog through the airports on either side. Catch the ferry in Portsmouth and you can disembark in the ancient walled city of St Malo. From Plymouth you arrive further west in Roscoff. Alternatively, for a shorter crossing and a longer drive, you could cross the Channel from Dover to Calais or Bolougne on the ferry or Channel Tunnel. If you prefer to fly, there are flights from various UK airports to Brest or Dinard in Brittany.