A one-time hangout for English high society, Bath is arguably the most beautiful city in England. Blanketed in soft, honey-coloured stone, it’s a grand sweep of Georgian terraces and cobbled streets with the Roman baths, that first put the place on the map, at its heart. The city is packed with museums and galleries, antique shops and markets. But the compact centre soon gives way to countryside with campsites galore for those who know where to look. As always, only the very best make it on to our shortlist. 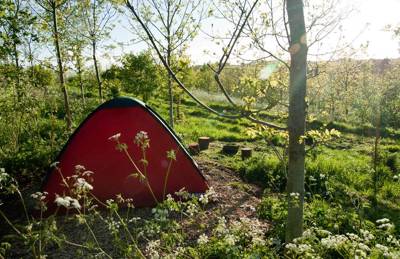 Camping in Nature at Vallis Veg 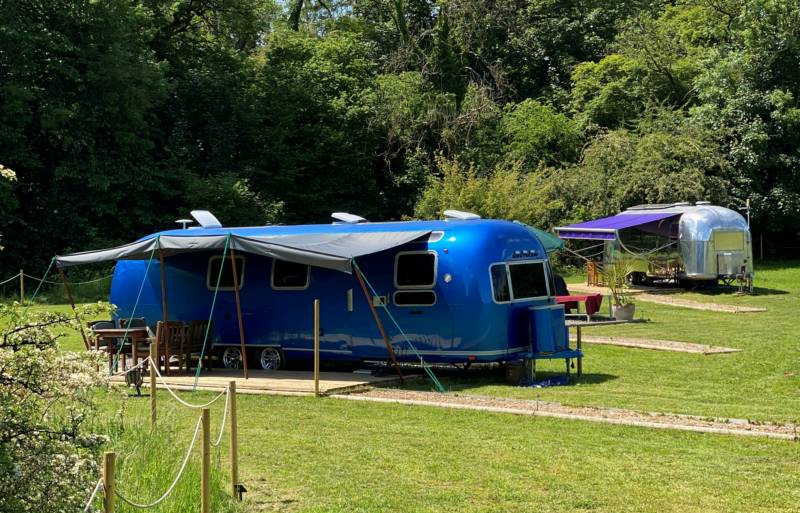 Camping and glamping in Bath

Bath has been attracting people looking for healthy holidays for 2,000 years - since the Romans first decided that the area's thermal waters might be good for you. And what could be more healthy than camping or glamping near Bath? It's a city break with a difference that will give you the chance to experience the best of both worlds. Camp within reach of this historic and elegant city and you can spend days exploring the sights, including those ancient Roman Baths and the city's still-steaming new ones, and nights under the stars out in the countryside. The city is also famously home to Regency architecture and a wealth of museums, galleries, independent shops and eateries so you won't be short on things to do in the area. You can retain a sense of elegance by opting for high-end glamping near Bath or use your own gear with a camping stay in this part of the south-west.

Things to do in Bath

The big attraction in Bath is, of course, the very thing the city was named for - the Roman baths at the centre of the city. The 2,000-year-old bath house is the first thing mentioned in the city's UNESCO World Heritage listing. Unfortunately you can no longer bathe at this historic site - head to the modern Thermae Bath Spa for that pleasure - but you can have a taste of the water which is said to contain 43 minerals. It was drinking, rather than bathing in, the water that attracted so many people in the 17th century and resulted in the building of so much of the city's Regency architecture. You can see this for free by just strolling the city streets - the best and most photographed of the lot is on The Royal Crescent. It's easy to imagine the place as it was in Georgian times and if you want to immerse yourself further, how about taking tea at the Pump Room Restaurant or paying a visit to Jane Austen Centre where costumed guides will show you around?

The city's other great sight, and one that's hard to miss, is Bath Abbey. A trip up the tower gives you wonderful views across the city and out to the surrounding countryside. Bath stands on the edge of the Cotswolds Area of Outstanding Natural Beauty and within the Avon Valley. Further afield, Bath is within an hour's drive of Bristol, Stonehenge, the neolithic monument at Avebury, Glastonbury and Longleat Safari Park and there's family fun with steam rides on the Avon Valley Railway and nearby Avon Valley Adventure and Wildlife Park. For more information on things to do on a camping or glamping holiday in Bath, check out the Visit Bath website.

Bath Somerset England UK Camping Campsite Campsites Glamping Glampsites Glamper Camper Campervan Tent Tents Caravan Park Caravans Holiday Holidays at Bath Camping, Arguably the most beautiful city in England, Bath is a grand sweep of Georgian terraces and cobbled streets, packed with museums and galleries, antique shops and markets. Around the compact Somerset city, the countryside folds, with campsites galore for those who know where to look. As always, only the very best make it onto our shortlist.