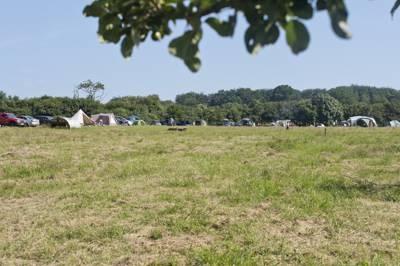 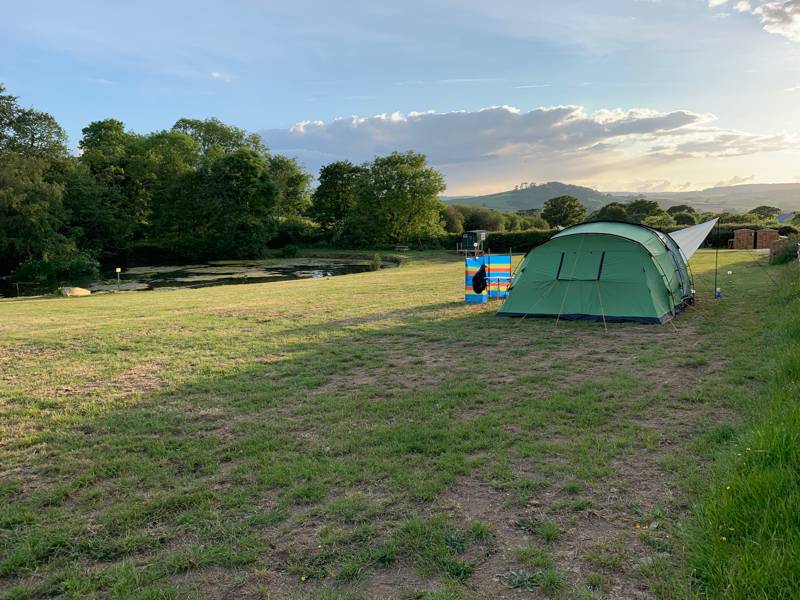 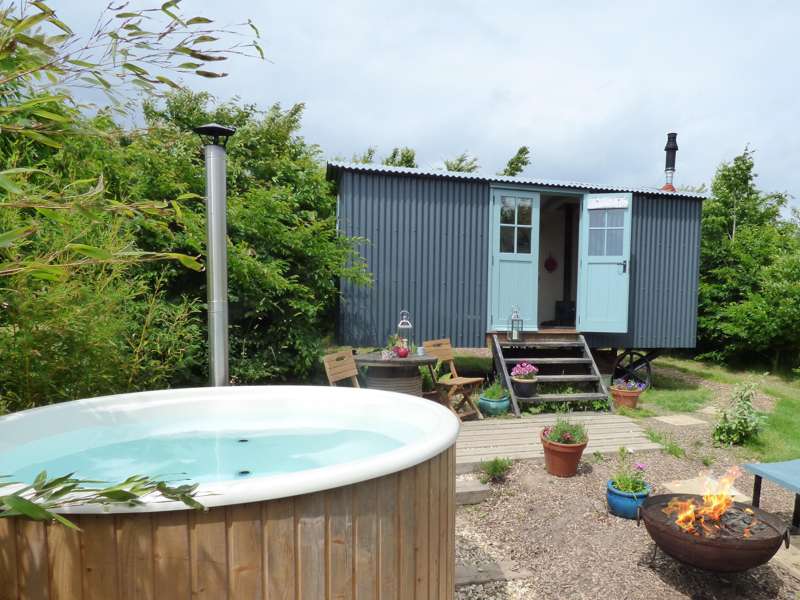 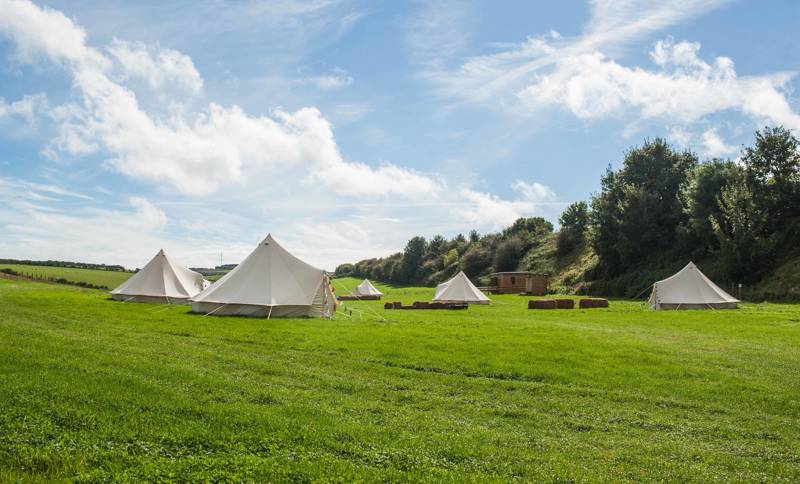 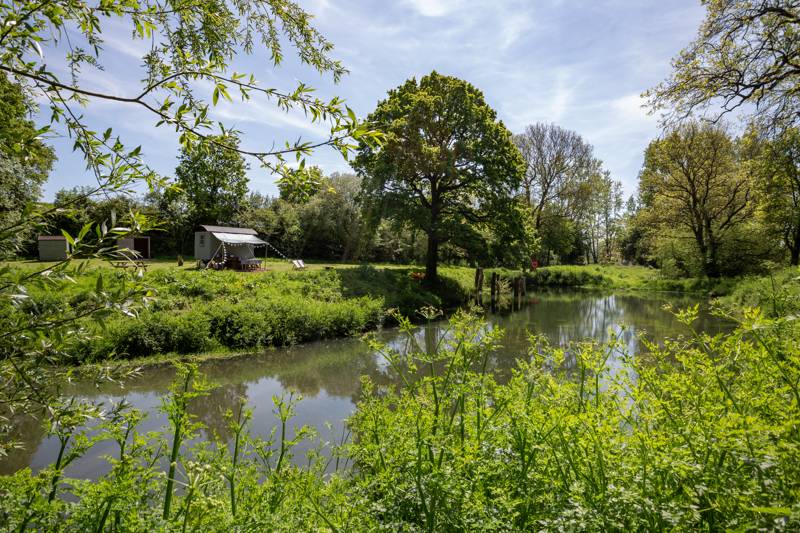 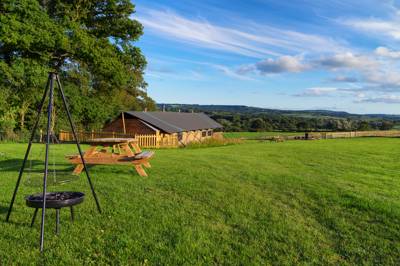 Top end glamping on a National Trust farm with sweeping views and an unbeatable location
Over 200 ships are known to have sunk off Chesil Beach on the West Dorset coast. The beach has such dangerous offshore currents it even built up its own looting trade during the boom years of sail. In 1749 a Dutch vessel, apparently carrying £50,000 of gold, attracted such a large mob of thieves after it ran aground that the army was eventually called in to try and disperse the crowd.

The currents also cause the strange phenomenon of the component stones, which are great fist-sized pebbles at one end of the beach but gradually whittle down into gravel like shingle as you reach Burton Bradstock. By the time you wander beneath the cliffs at West Bay it’s sand beneath your toes, a seemingly different stretch of coast from where you started.

If you are tempted to walk the entire 18-mile beach, though, be warned, Bill Bryson did once describe it as “the most boring walk I’ve ever had” – so it’s no bad thing that Barefoot Dorset is at the sandy end of it all, where magnificent red cliffs preside over the waterfront and dinghies to and fro from the picturesque harbour.

It’s a ramble atop these eye-catching crags that take you along the coastal path to Downhouse Farm, a National Trust property with one of the most perfect locations of any site on the coast. Catch Bill Bryson in even the foulest of moods and there is nothing he could find boring here. The farmhouse has charm, the organic café is the definition of coast-side chic and the Barefoot Dorset glamping cabin is a cool, modern abode packed with everything you need for a holiday.

The striking views may lead your gaze out to the sheep dotted field that rolls towards the Channel, but inside the cabin has furnishings that are equally eye-catching. The queen-sized bed, the mini kitchenette, the en-suite bathroom and the outdoor veranda, they all come together to create a glamping space with elements of the outdoors alongside the feel of a miniature self-catered apartment. In fact, there’s even a hotel-type feel to the place when you bear in mind the delicious organic grub you can get from the café a short stroll away.

Set up by the people behind The Pop Up Hotel, a well-known glamping company who provide up-market pop-ups across the UK, luxury is hardly unexpected. But the DVD television is surely a joke. The Jurassic Coast is on the doorstep, the bluebell-carpeted Eype Downs fold through the inland countryside and quaint rural villages pepper the fields and beaches. Unless you’ve brought along a Dorset episode of Escape to the Country so you can find yourself a more permanent local spot, it’s unlikely you’ll be hanging around the TV for long. Walk the footpaths of Downhouse Farm, hunt for fossils along the beaches or climb the Golden Cap with a telescope to search the ebbing sea for shipwrecks. Who knows, there may still be loot going spare.

The modern, cedar clad cabin has space for 2 adults in a queen-sized Italian wall bed (bedding, linen, towels and toiletries provided). The bathroom has Kohler fixtures and a walk in shower. There is a fridge and kitchenette with tea and coffee making facilities, a sofa with a pull down bed, a tv and stereo, clothes hanging and storage, and deck chairs on the viewing deck outside. There is a power supply and heating if required. Outside it is also possible to hire a fire-bowl with wood and a charcoal BBQ.

Just the glampers. Dogs – no.

There are few sites better placed for tumbling out of bed and onto the coast of West Dorset. The farm tenants (and your hosts), Niki and Dean, have plenty of suggestions on where to go but a good start is always to join the South West Coast Path and head down to delightful West Bay, with a charming harbour and magnificent sandy beach beneath the cliffs, now well known as the setting of Broadchurch. Inland, its neighbouring town of Bridport is a vibrant, artsy market town or continue east along the coast to Chesil Beach. It may seem to stretch endlessly but it does, eventually, peter out into the Isle of Portland, a quirky headland with clifftops crowned by a working lighthouse. If you're fossil hunting you're better off heading west from the campsite, where some of the finds in the clay cliffs now stand in London's Natural History Museum. Climb the Golden Cap or head to historic Lyme Regis, a bustling place and Jane Austin's favourite resort.

Downhouse farm's café serves organic breakfasts along with cream teas and lunches as required. The meat is from their own farm and other ingredients are locally sourced. It is all exceptional. Elsewhere, try Riverside (01308 422011) in West Bay, an airy restaurant that specialises in fresh fish and seafood, or grab something light in Sladers Yard (01308 459511), a beautifully converted former rope warehouse that now houses a cool café. In Bridport the Beach and Barnicott (01308 455688) and Olive Tree (01308 422882) are particular favourites, though, for something special, come on a Wednesday or Saturday and grab something from the local market. Deliciously fresh and a perfect picnic for a trip along the coastal path.