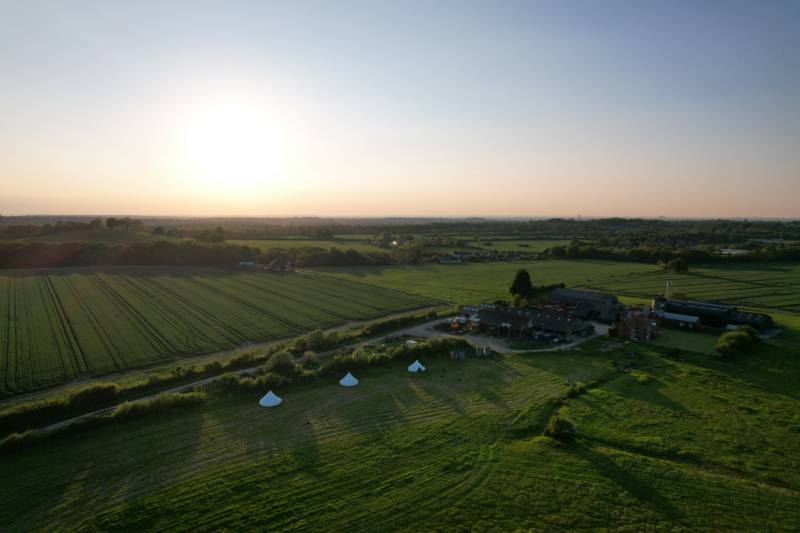 Book with confidence at The Barn KT9 with our Coronavirus Booking Guarantee - read full terms here.

A unique rural campsite in Surrey, a stone's throw from London's Zone 6 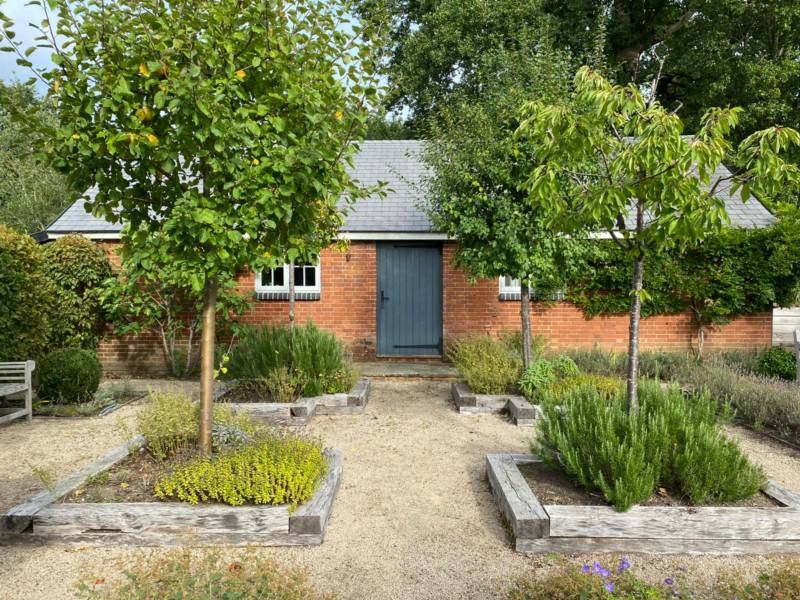 Within striking distance of London, in the heart of the Surrey Hills, National Trust-owned Polseden Lacey was originally one of the finest Regency houses in the UK. It was remodelled in Edwardian times and played host to Queen Elizabeth and King George VI on their honeymoon in the 1920s. Today you can camp here with access to the house, gardens and the rest of the estate, which – apart from the house itself, with its collection of paintings and furniture and mementoes of the many famous folk who passed through during the first half of the 20th century – has beautiful rose gardens and, most importantly, some 1400 acres of ancient woodlands and rolling farmland, explorable by way of multiple footpaths and bridleways.

As for the camping, there has been a site here since the 1960s, when it was used by the Girl Guides, but it has recently been transformed by the folk at Embers Camping, an experienced group that have several, traditional campfire-friendly sites in the Southeast. There are 35 grass pitches and a new oak-framed modern washroom, with underfloor heating, washbasins and piping hot showers, plus a newly built wood-fired pizza oven by the campsite shop. It’s a tent-only site, but you don’t have to have your own tent to camp here: they hire out ready-pitched five-metre bell tents for families who are too posh to pitch, making it a popular spot for both camping and glamping devotees!

The main on-site attraction is an obvious one: the house and grounds of Polesden Lacey itself, which are free to campers and could easily keep you occupied for the duration of your stay. There are also weekly evening events throughout the summer at Polesden Lacey, from jazz evenings to bat walks.

Tents only – no caravans, campervans, groups or dogs.  But they have ready-pitched tents for glampers.

Polesden Lacy and its grounds could keep you occupied for days but there's a wide choice of things to see and do in the countryside around, not least Denbies Wine Estate (01306 876616, just outside Dorking, which is a short drive away and offers tours and tastings of its lush vineyard, the largest in the UK. The scenic local honeypot of Box Hill (01306 885502) draws walkers and cyclists from miles around, and is worth clambering up for the incredible views it gives you over the Surrey Hills, while those with kids in tow might consider worth making the short journey across the M25 to Chessington World of Adventures (0871 663 4477) – the popular theme park and zoo.

The campsite shop sells drinks, snacks, ice creams and wood-fired pizzas in the evening, plus the nearby National Trust Granary and Cowshed Cafés serve teas and coffees, cakes and sandwiches and delicious hot and cold food. Beyond Polesden Lacey, the Stepping Stones in Westhumble, not far from the station, is a very welcoming refurbished old pub with a wide-ranging menu that takes in hot food, sandwiches, a kids menu and more. Denbies Wine Estate (01306 876616) has two restaurants, one a relaxed place for lunches and snacks, the other a more upscale dinner-type affair, while a little further afield the Running Horses in Mickleham (01372 372279) is a cosy gastropub that serves great food. There's also a National-Trust-run café at Box Hill (01306 885502).

Well, Kings and Queens have stayed here in their time, so surely you don't need any more of a recommendation than that? We can't confirm whether they slept in the grand Edwardian house or camped in the grounds, but the latter is good for us.

Peaceful and picturesque site on the edge of the Surrey Hills. Loads of great walking right on the dorstep. Staff were great and even helped us to light our campfire properly! Facilities all brand new and spotless. Properly dark at night and love the fact that there are no cars onsite once you've unloaded! We stayed for one night as a trial, but will definitely be back again.
Show more