A picturesque jumble of weather-boarded cottages, mossy-roofed townhouses and narrow 'twittens' (passageways) make the historic old town of Hastings a must-visit during camping holidays in East Sussex. Located on a beautiful stretch of coastline, this seaside town has plenty of campsites on its countryside outskirts and, as always, only the very best make it onto our list. 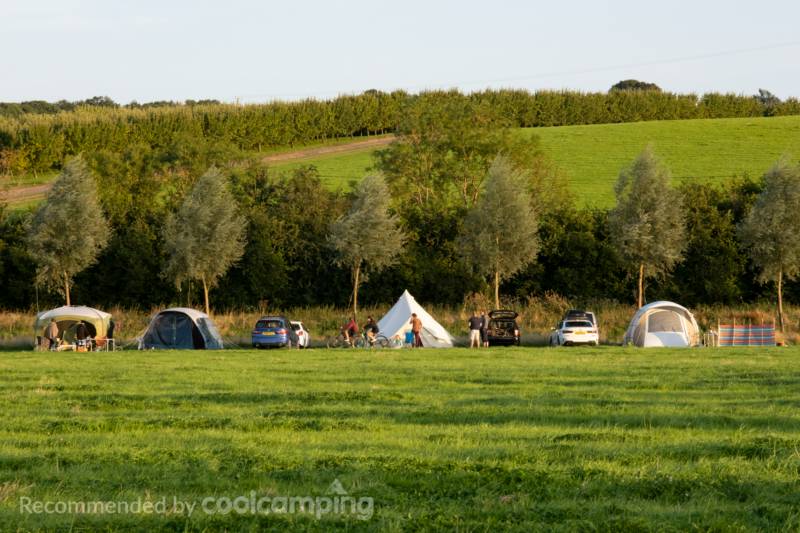 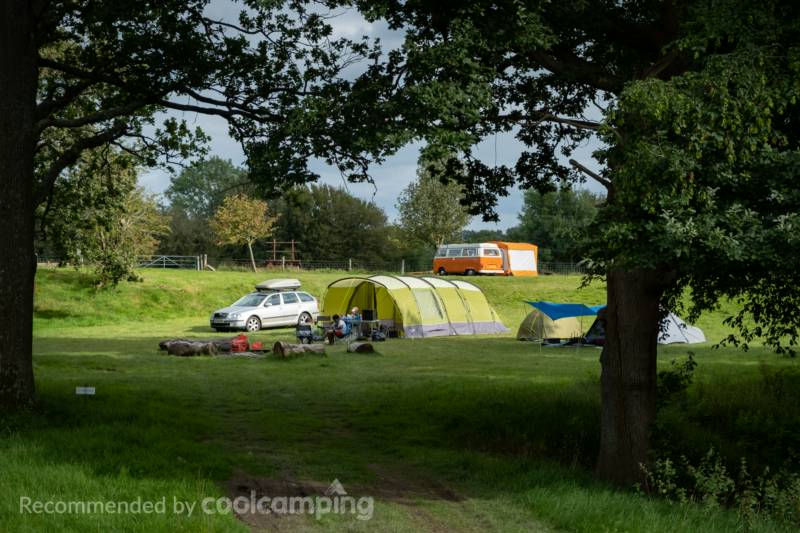 Rustic camping and caravanning on an East Sussex farm 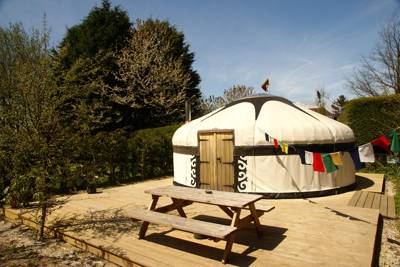 Family-friendly camping near the Cuckoo Trail, where campfires are permitted and space is guaranteed

A bit about Hastings...

Hastings may have given its name to the Battle of Hastings, after William the Conqueror arrived at nearby Pevensey Beach and trooped inland to do battle with King Harold in 1066 but the final confrontation actually took place eight miles north of the town on Senlac Hill at the site where the aptly name village of Battle now lies. Nevertheless, the town, which later became one of the medieval Cinque Ports, is teeming with history. With the coming of the railway in the 19th century it became a popular seaside resort, particularly with Londoners and today it still has its fishing port with a beach-based fishing fleet (the largest beach-launched fleet in Europe). There are plenty of fish and chips shops jostling for custom in and around the town’s historic fishing quarter, but Maggie’s is the only one right down on the beach itself, nestled among the iconic tall black net shops. Hastings’ fishing fleet unloads its catch virtually outside the front door.

Where to camp and what to do

For campers, there are plenty of good camping and glamping sites in the vicinity, mainly stretching north into the High Weald Area of Outstanding Natural Beauty. If you're heading into Hastings itself to take a look around, it is the old town, down by the waterfront, that is the key area to visit. It's a little enclave of loveliness snuggled between two hills at the far eastern end of this part-tatty, part-vibrant seaside town. It’s physically, in look and feel, quite separate from the rest of Hastings. A picturesque jumble of weather-boarded cottages, mossy-roofed townhouses and narrow 'twittens' (passageways), it’s home to a thriving artsy community, which feeds plenty of cafés, restaurants and independent shops selling art and antiques, upmarket homewares, flowers, artisan bread and more. Down on the seafront is The Stade, where the tall black net huts of the town’s still-working fishing fleet (the largest beach-launched fleet in Europe) abut the sleek, black-tiled Jerwood Gallery of modern art. For the best views of Old Town, take one of the two old funiculars that scoop you up the hills on either side: West Hill, topped by the ruins of the old castle erected by William I after his victory at the Battle of Hastings; or East Hill, the start of a three-mile stretch of lovely coastline that makes up Hastings County Park.

Hastings Camping campsites at Hastings Camping, Located on a beautiful stretch of coastline, the historic, seaside town of Hastings has plenty of campsites on its countryside outskirts and, as always, only the very best make it into our camping collection...