On the south-eastern edge of the Lake District, the vibrant hub town of Kendal in Cumbria is a sea of outdoors shops, OS-map-selling outlets and cosy pubs for putting your feet up after long days in the fells. As such, it makes a great base for a camping or glamping holiday in the Lake District. There are lots of good campsites near Kendal - all easily reached from the M6 but also perfectly placed for access to the best of the national park. We’ve sought out the very best of them so whether you're a hiker, biker or canoe paddler, you should find a place to pitch in our collection... 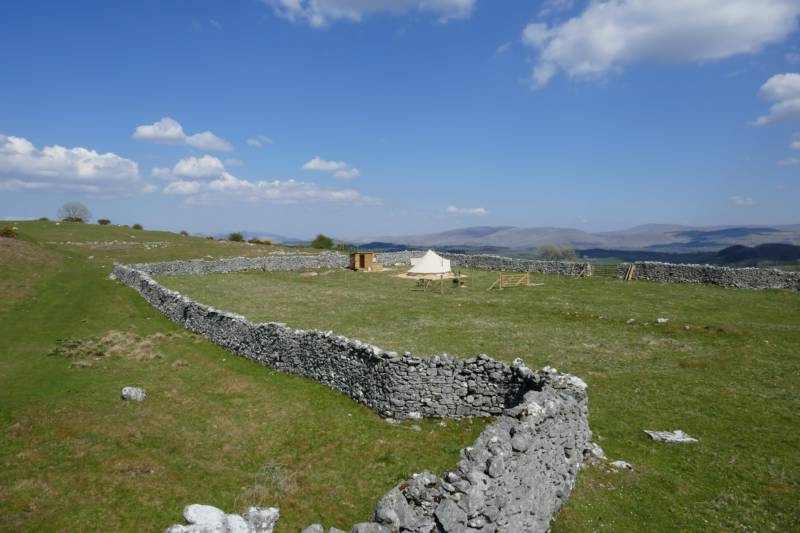 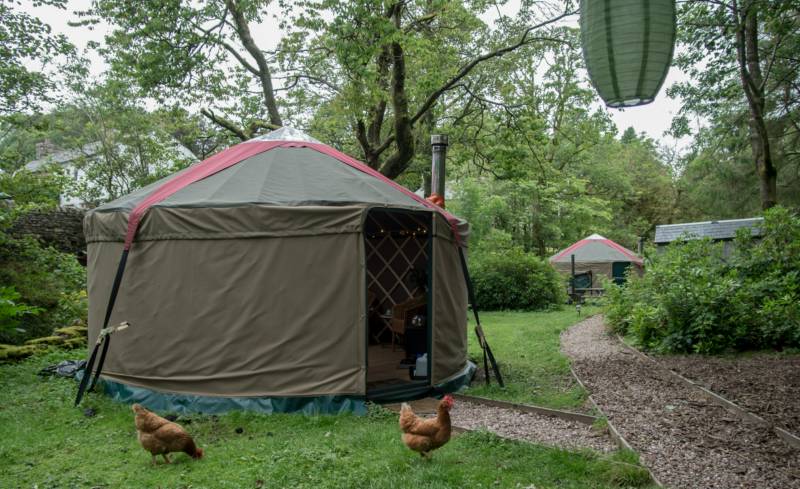 Camping and glamping in Kendal

Kendal’s outdoors shops, mint cake and annual mountain festival provide a pretty hefty hint at its reputation as a base for adventurers and explorers. This Cumbrian town is the classic gateway to the Southern Lakes; situated just six miles from the M6 and nine miles from England’s largest lake, Windermere. Camping in this outdoorsy location just feels right and, for those who need a little more luxury after days of exploring, there are plenty of options for glamping too. Choose a bell tent, yurt, shepherds’ hut or camping pod for a step-up in terms of comfort that still keeps you immersed in the stunning scenery that makes this part of northern England so special. Although Kendal is just outside of the Lake District National Park’s boundaries, it still enjoys a spectacular setting, surrounded by fells, while offering all the advantages of town with shops and eateries for fuelling your adventures.

Things to do in Kendal

Looking for things to do during a camping or glamping holiday in Kendal? A good place to start is the Kendal Museum, which will help you understand some of this market town’s history. You can follow this up with a literal overview of the town by walking up to the ruins of Kendal Castle. The town centre is a great place to eat, drink and shop with more outdoors shops than you can shake a hiking stick at but, of course, Kendal’s big attraction is its location on the edge of England’s largest national park. The fells and waters of the Lake District provide enough activity to last a lifetime so if you’ve come for outdoor adventure you’ll have plenty of things to do. England’s largest lake, Windermere, is the closest to Kendal and from Bowness-on-Windermere you can hire paddleboards, kayaks and rowing boats or hop aboard for a cruise with someone else at the helm. For cyclists the Grizedale Forest on the other side of Windermere is a great destination to head for and for fell walking – take your pick! The pretty towns and villages of Ambleside, Hawkshead and Grasmere are within easy reach too. But the Lake District is not Kendal’s only national park neighbour. The town is also situated only a short drive from the Yorkshire Dales National Park so a day walking, cycling or horseriding among its meadows and moors is another option for the active. For more things to do in and around Kendal take a look at the Visit Kendal website.

Lake District Kendal Cumbria Cumbrian campsites camping at Kendal Camping, On the south-eastern edge of the Lake District, the vibrant hub town of Kendal in Cumbria is an ideal focal point for any camping holiday – easily reached from the M6 but also perfectly placed for access to the best of the national park. So, whether you're a hiker, biker or canoe paddler, you'll find the best campsites near Kendal here.