On the western edge of the Yorkshire Dales, the unassuming village of Ingleton is a starting point for both one of the best short walks in the Dales and one of its most challenging. The Ingleton Waterfalls Trail is probably the most popular route from here but as the village is in the shadow of Ingleborough, one of Yorkshire's Three Peaks, serious hikers might be tempted to take on the 12-hour challenge to conquer them all. Ingleton is also a centre for underground adventure and outdoor activity including, of course, camping. Nearby, there are plenty of local campsites, some within the national park, others just outside. Where ever you choose to pitch, our recommended short-list of campsites will offer the perfect guidance... 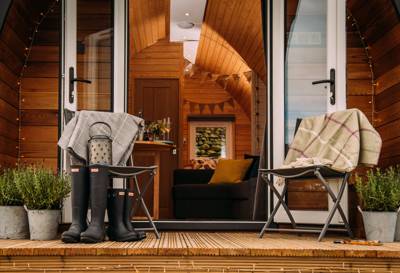 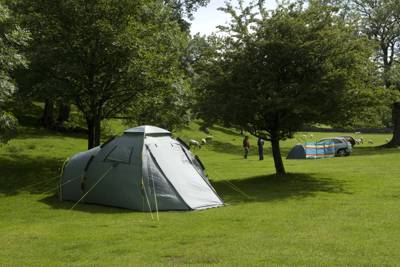 Camping and glamping in Ingleton

Underground and overground, Ingelton is spectacularly situated on the edge of the Yorkshire Dales National Park. This small village is technically just outside the national park boundaries but within sight of it. The high fell of Ingleborough looms in the distance and a huge network of limestone caves underground attracts cavers, potholers and sightseers. The scenery and activity are what bring people to this part of the world and there's no better way to enjoy them than on a camping or glamping holiday. There are classic campsites where you can pitch a tent with little more than a great view and campsites with electric hook-up for campervans and caravans. These days Ingleton and the Yorkshire Dales are also home to a wealth of glamping sites with shepherd's huts, safari tents and more available to those who are looking for a bit more comfort from their next camping holiday.

Things to do in Ingleton

Walkers, hiker, runners, bikers, cavers, climbers and, of course, campers will fit right in at Ingleton. The village is full of outdoor shops and people about to head out on adventures. Some of the most spectacular scenery can be found on the five-mile Ingleton Waterfalls Trail. It's a paid-for, well-kept trail through woodlands past eight falls, including the 50-foot Thornton Force. For a longer and more challenging route you could walk up Ingleborough and discover the site of an Iron Age Fort along with spectacular views. And for the truly hardy, don't just take on one peak but go for Yorkshire's Three Peaks Challenge which also takes in Whernside and Pen-y-Ghent. It's a serious undertaking of more than 24 miles when approached from Ingleton but it's a great way to see some of the best scenery in the Yorkshire Dales National Park. Of course the national park has plenty of other opportunities for walking and exploring and you can find out about them at the National Park Visitor Centre in Hawes or the tourist information centres in Kirkby Lonsdale or Settle, which are a little closer. If you're interested in caving, pot holing or climbing you'll find specialist shops and guides in Ingleton village itself. The village has also got an indoor climbing wall and an outdoor pool among it's attractions. White Scar Cave is about two miles outside the village, at a mile-long it is the largest showcave in Britain, and there's another, Ingleborough Cave, a little further away but en route to Ribblehead Viaduct - an impressive Victorian railway bridge over the dales. Malham is a drive of around 20 minutes from where you can take a circular walk to see yet more spectacular Dales scenery.

North Yorkshire Dales National Park Ingleton Thornton Force camping holiday glamping holidays campsite campsites glampsite glampsites campervan caravan caravans tent tents at Ingleton Camping, On the western edge of the Yorkshire Dales, the unassuming village of Ingleton is home to one of the best short walks in the national park, up to Thornton Force waterfall and past a series of other spouts, falls, plunge pools and panoramic viewpoints. Find the best local campsites in the area, with our pick of the best Ingleton campsites.