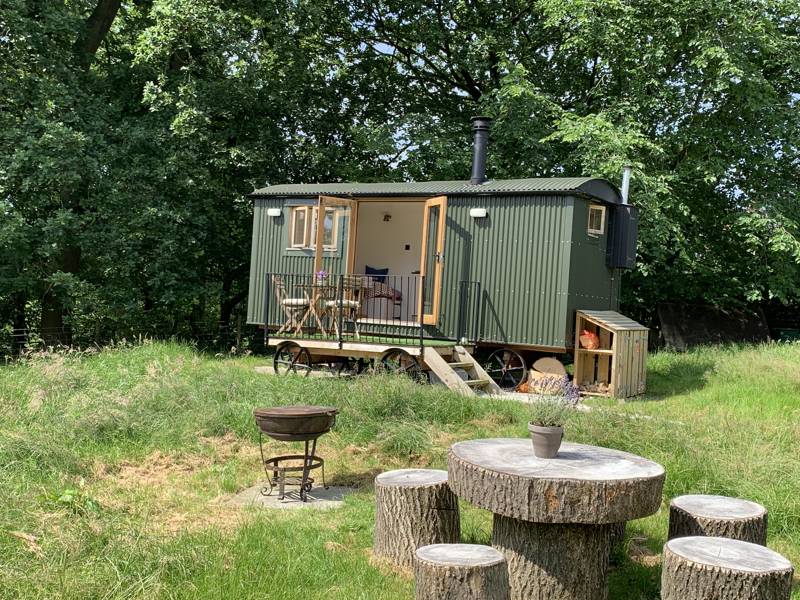 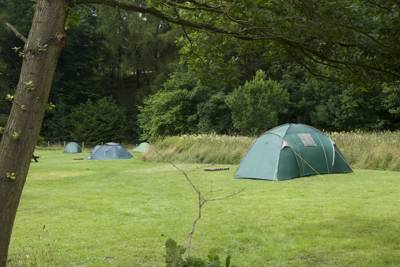 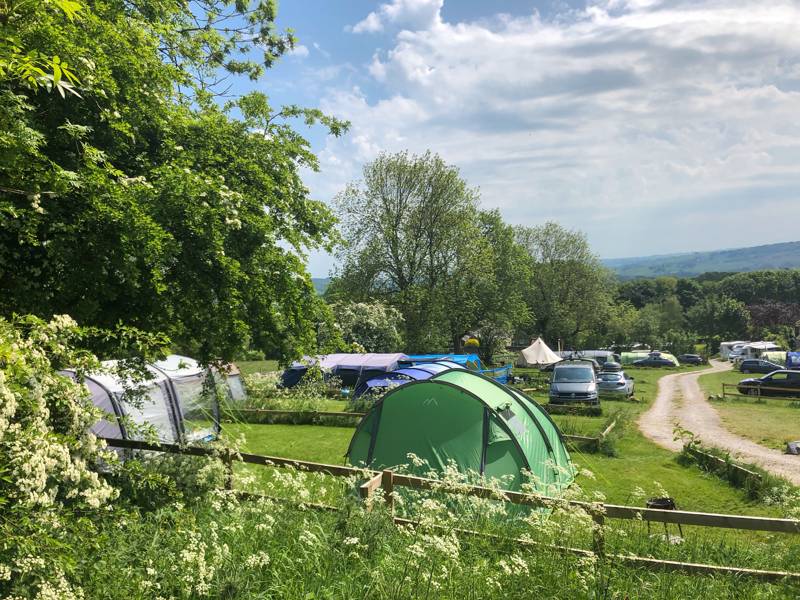 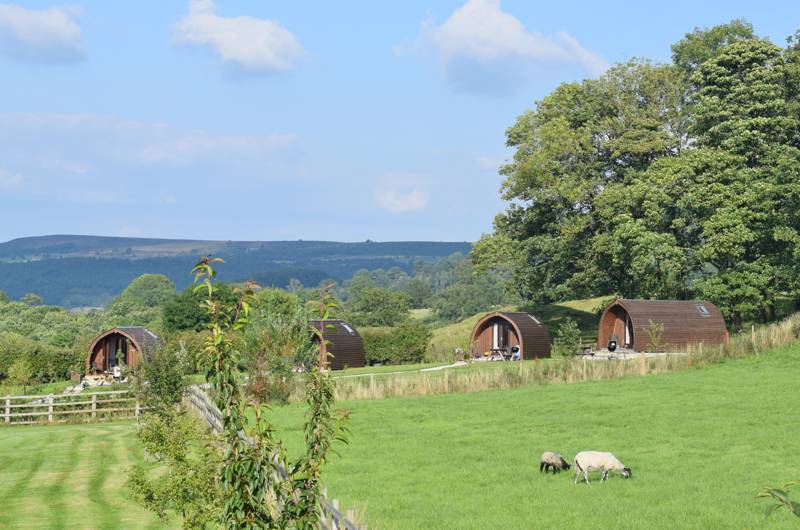 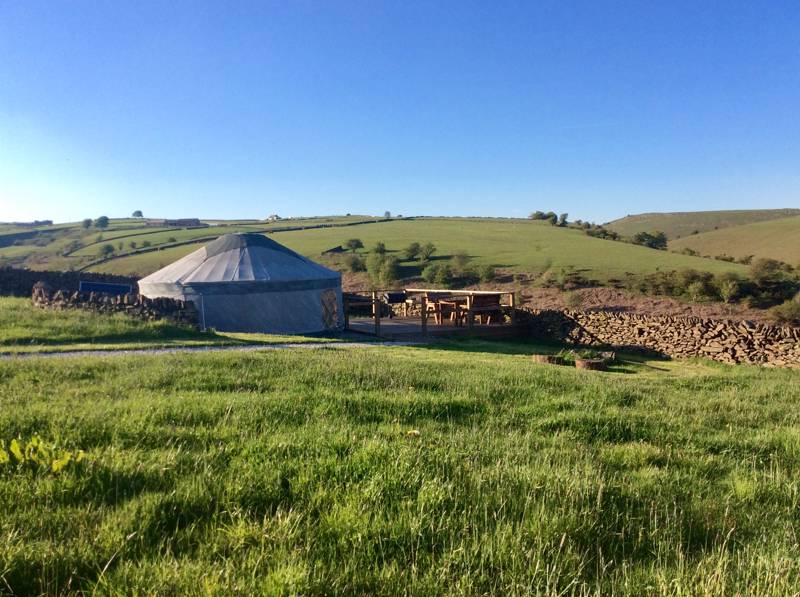 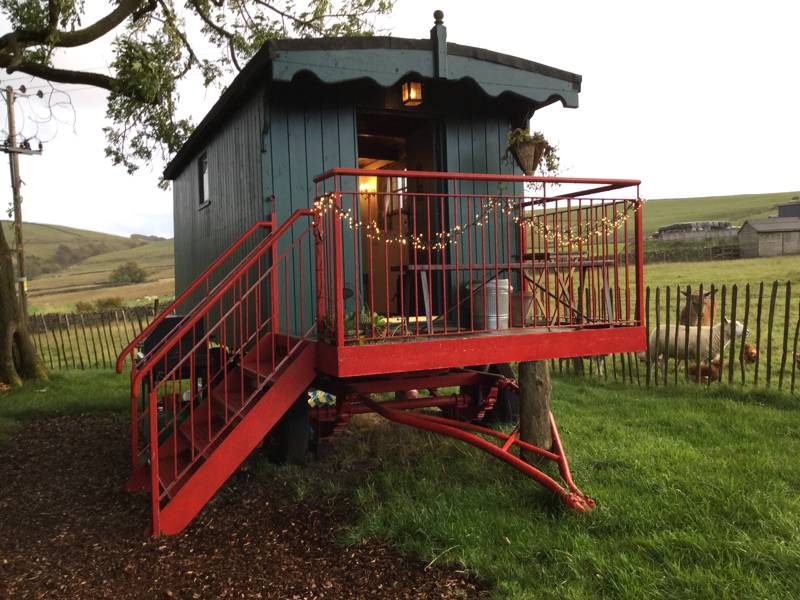 Morocco meets Mongolia meets Peak District
Trivia Time: Did you know that the Peak District was the UK's first designated National Park? Did you also know that the Peak District is reputedly the second most visited National Park in the entire world after Mt Fiji in Japan? Not just Britain's – THE WORLD'S! And really, it isn't hard to see why. Its slap-bang-centre-of-England location means it's easily accessible (more so than the Lakes, Dales and Moors further north) for the hordes of foreign holidaymakers looking for that authentic slice of rural English life – the Peaks of so many postcards and period dramas. Undulating green dales, heather-hued moorlands, craggy gritstone escarpments – this dramatic landscape is alluringly wild yet its velvety valleys are dotted with the kind of quintessentially English villages that simply demand a lazy post-ramble pint in the local watering hole.

Halfway between Bakewell and Buxton lies Knotlow Farm, the second outpost of the burgeoning Long Valley Yurts empire. We say 'empire', but you'll not find any redcoats or statics here. Welcoming host Emily, subscribes firmly to that age old dictum, "if something ain't broke, don't fix it". Which is why the Knotlow Farm site fits seamlessly into its unspoilt surroundings. Sharing this scenic setting with a traditional Derbyshire farm-cum-campsite (with its very own indoor horse arena), Long Valley's East Midlands arm continues to set the same high standards of its sister glampsite next to Lake Windermere.

The yurts are all authentically modelled on the original Turkmen model – an elegantly spacious design that's sturdy, timber, ash-carved frames can easily withstand the harsh winters of the Central Asian steppe (and the reliably unreliable British summertime). Five can sleep cosily inside on a combination of futons beds and blow up mattresses. The pristine bell tents are similarly kitted out – you won't even need to bring your own bedding.

The Peak District really is one beguilingly stunning valley after another. It's a magnet for outdoor sports enthusiasts partaking in everything from gorge walking and potholing to ridge climbing and canoeing. There's also some great spots for wild swimming – plunge into Panniers Pool at The Three Shires near Flash, England's highest village.

Needless to say, there are plenty of walks to explore, The Tissington, High Peak and Monsal trails to name but a few. Knotlow Farm happens to be handily plotted on one the park's loveliest, The Limestone Way. Head northward through the Hope Valley towards Castleton where you can rest and recuperate in one of the village's quaint tearooms before exploring the subterranean cave network at Speedwell Cavern.

Big groups – yes. Tents, campervans, caravans, dogs, young groups – no. However, these can all be accommodated on the existing campsite.

Derbyshire and the Peak District are positively brimming with scenic strolls, the Thornhill Trail and Cressbrook Dale to name but a couple. Head further north and take a bike ride through the Derwent Valley (01433 651261). For the more intrepid, Stanage Edge and Mam Tor pose epic climbs with suitably epic views from their respective summits. At the foothills of the latter lies the chocolate-box village of Castleton. 'Gem of the Peaks' and historic heart of the Hope Valley, be sure to visit the ruins of Peveril Castle (01433 620613). This pocket of the East Midlands is also home to many of the country's finest stately homes such as Haddon House (01629 812855), Hardwick (01246 850430) and Renishaw Hall (01246 432310) and the much-filmed Chatsworth House (01246 565300). Going further back in time, the Arbor Low Stone Circle, Gib Hill Barrow and Nine Ladies Stone Circle offer an atmospheric glimpse into Ancient Britain. For all you culture vultures, the beautifully restored Buxton Opera House features a jam-packed performance schedule with everything from stand-up comedy to tribute acts and Hollywood blockbusters on throughout the year.

The farm shop/reception stocks eggs, milk and other provisions plus homemade pizza and filled ciabattas, legendary breakfasts, and hot drinks. Pub-wise, just half a mile along the Limestone Way you'll find The Bulls Head (01629 812372) in Monyash with its sprawling garden and a warming log fire in the winter. The Royal Oak (01298 832288) at nearby Hurdlow is famous for its huge pies and access to the gorgeous Tissington Trail. The Duke of York (01298 83345) at Pomeroy offers pub grub favourites and spectacular views. The Bull i' th' Thorn (01298 83348) has been refreshing weary travellers for over 500 years while The Staffordshire Knot Inn (01298 84329) in Sheen boasts a sophisticated menu of seasonal locally-sourced dishes. The Carriages (01298 84528) serves authentic Sicilian dishes (courtesy of hosts Enzo and Karina) in a restored pre-war railway carriage. Of course, a visit to the Bakewell Tart Shop and Coffee House (01629 814692) is obligatory. For the purists, the Bakewell Pudding Shop (01629 812193) is just across the square. Don't worry, you'll soon walk it off.

Full directions are given once booking is confirmed. Please see the website for maps and more details about the local area.

The location and the yurt were both even better than expected! It was our first time in a yurt and it was quite stunning the first time we stepped inside! It was extremely well equipped and there was a lot of useful information supplied. The beds were very warm and comfortable and the yurt was surprisingly spacious! We found the farm a really convenient location for visiting the beautiful Peak District and the site itself was safe and peaceful. The Knotlow Farm breakfasts are an absolute must as well!!
★★★★★

We stayed during May half term in one of the yurts - 2 adults and 3 children and there was space enough for all of us although it is quite cosy when all the beds are down. The log burner inside the yurt was fabulous as the weather was changeable! The site itself is great, right on a walking trail, 20 minutes walk to the nearest pub with decent food, very clean shower block and toilets and friendly, helpful staff. I would highly recommend, especially if you've never been to the Peak District - it is a truly beautiful region and I will definitely be returning soon.

we haven't stayed in the yurts but have stayed twice now on the site itself. parts of it are rather hilly but we've always found flat ground for the camper, its a bargain at £14 for 2 adults. the pot wash area and toilets are very clean and housed in a barn building. there is a road down the middle of the site that is minimally lit at night so that on a clear night the stars are easily seen. the last time we were there we were with our  children and sadly had a caravan with inconsiderate people with dogs that yapped late into the night beside us, however this is the fault of those campers and not the site. The site has a public footpath right through the centre, which is how we found it the first time, so its not unusual to see snakes of people ambling by. the site is a pleasant short walk from Monyash, that has a lovely pub adjacent to a children's play park. we like this site and will definitely use it again.

Cannot fault our stay in mod-May this year. Yurts are in a fantastic location and have all the facilities you could wish for. Wood-burning stove was a saviour as temperature dropped  and made a great replacement for TV! We enjoyed pizzas from the farmhouse on the day we got to the site and was not disappointed - fantastic fresh ingredients and tasted wonderful. Facilities were first class - shower block clean and well maintained, bike racks so we could secure our cycles and a great bit of decking next to each yurt with picnic table and bbq to enjoy the summer evenings.

Will be back sooner rather than later!

See Campsites in the Peak District

See Glamping in the Peak District