Pitch a tent at Cuckoo Fen Campsite and you’ve a good chance of spotting marsh harriers soaring high overhead. It’s a lovely sight but imagine for a moment what they can see. They’ll see beyond the hedgerows that shelter this three-acre site to miles of farmland and fens. They’ll spy the reeds and waterways of the neighbouring nature reserve and, not much further away, kayaks and canoes on the Great Ouse River. The village of Over with its lively pub garden is just down the lane and, in the distance, there’s an outline of Cambridge rooftops.

This is a rural site but there’s a surprising amount within walking distance and even more within cycling distance. Situated on the very outskirts of Over, it’s a new pop-up site (opened in 2020) with a classic feel. It’s tents and campervans only; all off grid with no designated pitches. It follows in the footsteps of a traditional farm campsite; set up with simple facilities in a field that’s usually grazed by cows but it has infinitely more charm than that suggests. There’s a butler sink to wash-up in and handcrafted timber cabins for immaculately clean compost loos and hot water showers.

It’s all been put together by Tim and Emma, who live on site for the duration of their summer holiday season. As committed campers themselves, they know what makes a good campsite and have got this one just right for the kind of campers who like to pitch their own tents, light their own campfires and make their own entertainment. There’s no playground for the kids but there is a stack of hay bales; no music allowed but the sound of the wind in the trees of the small on-site woodland.

You’ll want to bring bikes if you’ve got them and, if you’re inclined, a kayak, canoe or paddleboard for a day on the river. There’s a public slipway into the Ouse less than a mile away. If that sounds too much like hard work, head in to Cambridge and let someone else do the punting. An evening walk as the sun goes down over the reedbeds of RSPB Ouse Fen is as much of a must as a pint in the sunny beer garden of The Admiral Vernon; the simple summer pleasures of a simple summer campsite.

Book with complete confidence at Cuckoo Fen Campsite with the Cool Camping Coronavirus Booking Guarantee. We guarantee the following clear policy for your booking:

There are three composting toilets and two simple urinals, two showers and an open-air washing-up sink. Campfires are allowed in off-ground fire pits which are available to borrow and logs are for sale.

Cuckoo Fen is less than a mile from a slipway into the Great Ouse river where you can paddleboard, canoe or kayak. It’s also less than a mile (about a 10-minute walk) into the village of Over and just a five-minute walk from RSPB Ouse Fen. There’s another RSPB Reserve four miles away too, RSPB Fen Drayton Lakes. Cambridge is about 14 miles away, a drive of around 25 minutes. An alternative way to get there is to travel on the unusual Cambridge Busway; a re-purposed railway track that's now used only by buses or alongside it on a leafy and traffic-free cycle route that, like everywhere around here, is extremely flat and makes for pleasant pedalling.

Our three-acre campsite, newly opened in 2020, is a serene spot for lazing away while watching and hearing the fledglings in the surrounding hedgerows. Many more birds are in the vicinity too, as the site’s a 5 minute walk from the nesting bitterns, marsh harriers, bearded tits and more of the RSPB Ouse Fen nature reserve, the UK's largest reedbed creation project.

With a back-to-basics ethos, our eco-friendly site is proud of having low-impact facilities. At Cuckoo Fen, though, we don't use the 'eco' as an excuse to cut corners on comfort. Our "surprisingly excellent" facilities are kept spotlessly clean with piping hot water always on tap in our showers and washing up sinks, and our low-impact compost toilets are as clean and fresh as any of their contemporary water-guzzling cousins.

A short walk (15 minutes) leads to the village of Over with its local pub, well-stocked shop and other amenities, and the park is also half a mile from a public slipway on the River Great Ouse for launching canoes if you fancy wending your way around the local waterways. i
Standard grass pitch - no electric, parking at pitch

From the A14 between Cambridge and Huntingdon, take the junction 25 slip road signposted to Longstanton. Continue through the village and on towards Over. As you enter Over, turn right on to Glover Street. When you reach a crossroads, go straight over on to Fen End. Follow this to the outskirts of the village where the road becomes Long Lane. Cuckoo Fen campsites is at the end of the lane on the right.

The closest railway stations are at Huntingdon (12 miles) and Cambridge (14 miles). From either you can take a bus on the Cambridge Busway to get within a couple of miles of site at Longstanton or Swavesey.

Had a great week

Really enjoyed camping at cuckoo Fen..actually looked forward to showers and earth closets were clean and well organised...the site allows everyone plenty of space and the natural features; wooded area, hay play bales, wooden log etc were great for the kids. Friendly, relaxed and welcoming. Listening to the owls at dusk was a treat.
★★★★★

Absolutly adored this site so tranquil and the compost toilets and showers were amazing. Everything was so well done and so well thought out. Definetly will be using again.
★★★★★

Excellent campsite to just rock up and put up your tent. Small but very relaxing with an entertaining tour available in the next door nature reserve.. very good place for kids and perfect amenities.. sociable owners with kids nicely integrating and going around.. very relaxed and recommended..
★★★★★

You can tell this site is owned and run by people who camp. Everything has been thought through so well. The little woodland area at the edge of the campsite was perfect for children to explore and they loved climbing and playing on the hay bales. Toilets were kept immaculately clean and the showers were some of the best we have ever experienced on a campsite! Pizza on Friday night and a coffee van with coffee and fresh croissants on Saturday morning were both very welcome without being intrusive. Thank you for a fantastic stay.
★★★★★

I loved that the campsite is not overbooked. The facilities were immaculate and very Covid secure. The owner was really friendly.
★★★★★

This was my second time at Cuckoo Fen campsite. Last year my wife and I stayed in our campervan and used the site as a base to explore the area on our bikes. This time I came on my own as part of a cycle camping break. The site is ideal placed for exploring the area. There are walks and good cycle paths, especially next to the guided busway, so Cambridge and Huntingdon are easy to get to. The facilities are kept very clean, the showers are amazing and everything is constructed with the minimum of environmental impact. The owners are friendly and welcoming. I hope they will be able to get the necessary permissions to open throughout the year soon. I shall definitely be back.
★★★★★

Look no further! What wonderful owners! We only booked for a night as a trial for our three year old (not knowing how she’ll sleep etc). So to make the most of it we arrived quite early, before lunch. Very easy to find. The owner let us set up anywhere we liked. The perfect spot is everything right?! We’ve been to sites where they allocate you a spot and it’s never what you’d choose so this was a great start. There was lots of room and having to keep at least 6 meters from others gave a lot of privacy and personal space. Perfect! Everything was minimal, just a couple of showers, sinks for washing up and three toilets. It isn’t one of those luxurious places. But who would look for luxury when coming to connect with the nature, right? Nevertheless everything is clean, toilets being compost doesn’t smell at all. It’s just a simple clean place that allows you to relax to the max. The next day we asked the owner when should we leave by and he wasn’t bothered at all. Most places want you out by certain time and it’s a lot of packing to do to leave by “10am”.. we took our time, BBQed our lunch and left in our own time. But we didn’t leave for long!! Will definitely be coming back this year again!!! If you’re looking to relax and nothing else but relax - look no more. Cannot recommend enough! Thank you.
Show more 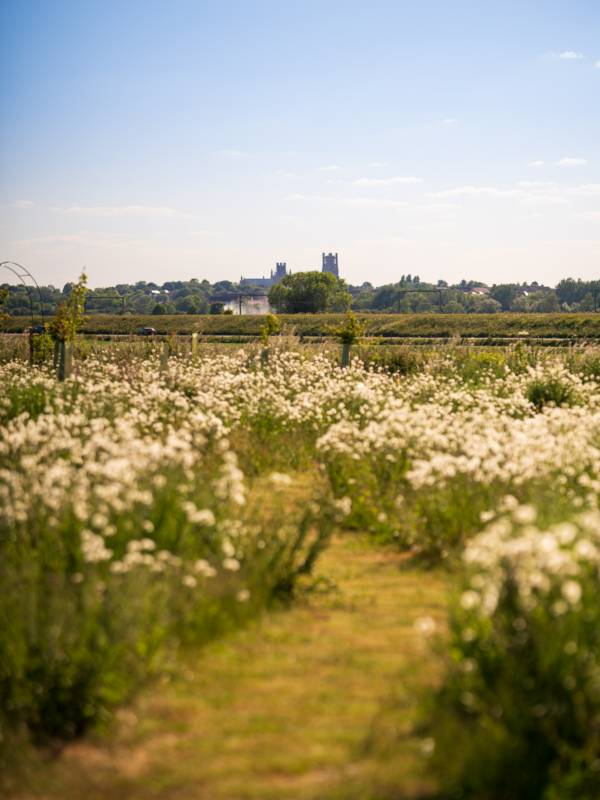 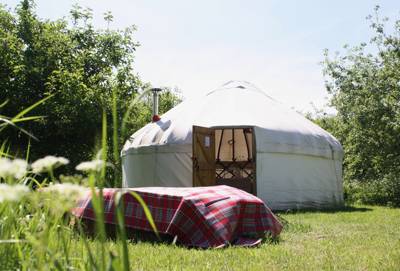 The Orchard at Fen End Farm