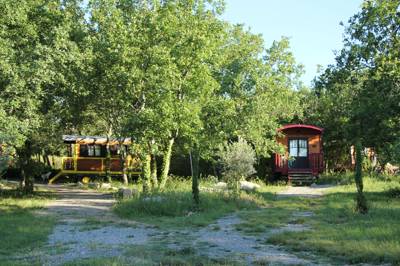 Stargazing through an open roof, or accommodation in Ardèche roulottes: take your pick

To know France is to know roulottes: wooden units modelled on old-fashioned Romany wagons, with painted wheels and verandas, they are hugely popular. Les Roulottes de Campagne now have over 50 sites and this hillside location rents out 12 roulottes. Each sleeps five, with a shower, kitchen and, for a little extra, they’ll throw in a TV. What the sun-dried/baked site lacks in wow-factor the Ardèche more than compensates for. For an even more unusual abode check into one of the Carré d’Étoiles. Wood-panelled, cubed booths with lime-green porthole windows, they resemble funky garden sheds, but they contain a kitchenette, shower, two-seater sofa folding out to accommodate two small children, and the star attraction, a telescope. Climb the ladder on to a raised double bed, snuggle under duvets, flip the roof open, and stargaze all night long. Of course, should it rain, then there’s barely room for two people to dry off inside, let alone their mucky offspring. Couples and lone travellers would, literally, fit right in, then. A long weekend should suffice, unless you’re seeking a romantic retreat.

Picodon is a delicious, local goats’ cheese. Find plenty at Aubenas market (Sundays), along with sausages, hams, and chestnuts.

Directions sent on booking. From Vogué, follow sign to St-Cerice, up a hill and turn right at the top. Fly to Lyon or Nîmes, then train to Montélimar or Aubenas, then taxi. 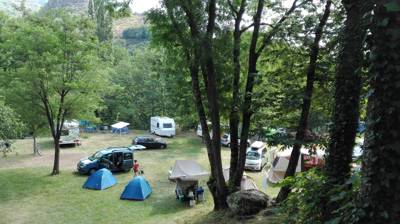