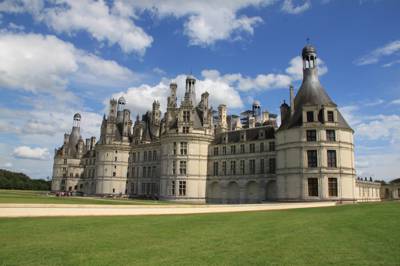 A convenient centre point between dozens of France's finest châteaux

With well over 200 camping pitches, Huttopia Les Chateaux is less of a campsite and more of a camping village. When you strip it back to the stats on paper it doesn’t strike you as somewhere naturally found in the Cool Camping guidebooks. It’s vast in size, run by an amiable platoon of logo-wearing staff and boasts the full plethora of children’s activities, sports pitches and covered swimming pools. Thankfully, there’s more to life than statistics.

Located on the banks of the River Beuvron, a tributary of the Loire, Huttopia Les Chateaux is, in fact, an enviably located campsite in one of the most historic regions of all France. Though substantial in size, it’s still run with a clear focus on traditional camping, with family tents and cyclists populating most of the pitches. There are a range of glamping chalets, safari tents and, yes, mobile homes, but it’s canvas and pegs that are most dominant. “Family tent camping on an island”, is how someone describes it to us, pointing out that the river splits at one end and reconvenes at the other, technically meaning the campsite is indeed on a river island. It’s not exactly a tiny, personal affair but for the location alone it gets our seal of approval.

The charming village of Bracieux is on the doorstep, alternating between days of sleepy inactivity and bustling local markets, hosted in an old covered square built in the 15th century. As the campsite name suggests, though, it’s the châteaux of the surrounding valleys that are the real treasures. Magnificent Chambord – the most famous of all the castles in the Loire valley – is just 8km away, Chevenry is 9km, the Royal Château of Blois 18km and it’s a half hour drive to Chaumont-sur-Loire, where there’s a fourth castle 30km away. Venture further still and you’re greeted with dozens more, among them Château de Chenonceau instantly recognisable from the postcards in every Loire valley village.

All the exploring leaves little time to kick back and enjoy the facilities of the campsite itself. Swimming, tennis and a quick game of boules will just have to wait until the evening – best finished off with a glass of the Loire valley vino on the terrace of the onsite bar.

The centre of Bracieux (0033 2 5446 0915) is only 150m from the campsite. Along with independent shops, there's an old covered market dating from the 15th century with a traditional market every Thursday morning and a large regional market on Sundays. The campsite's enviable location means many of the main attractions are within easy pedalling distance. Chat to the staff at reception and grab some cycling maps, then head out to visit the castles of Chambord (8km; 0033 2 5450 4000) and Chevenry (9km; 0033 2 5479 9629). It's 18km to Blois, a charming old town with yet another castle and, opposite, a strange magic house with mechanical giants that climb out of the windows and put on a show every lunch time! The tourist information office (0033 2 5490 4141) is in the same square too.

The bar-restaurant onside serves excellent homemade pizzas, along with a host of other snacks and drinks best enjoyed out on the terrace. It's only open over the May public holidays and through July and August. Outside of those times there are still plenty of great eateries in Bracieux. Try Le Rendez-vous des Gourmets (0033 2 5446 0387), offerring authentic French cuisine at a very reaonable price.

Family friendly camping amongst the trees, on the doorstep of this region's famous Chateaux de la Loire.
Read More

275 camping pitches and over 50 glamping units (wood and canvas tents, chalets and roulottes). 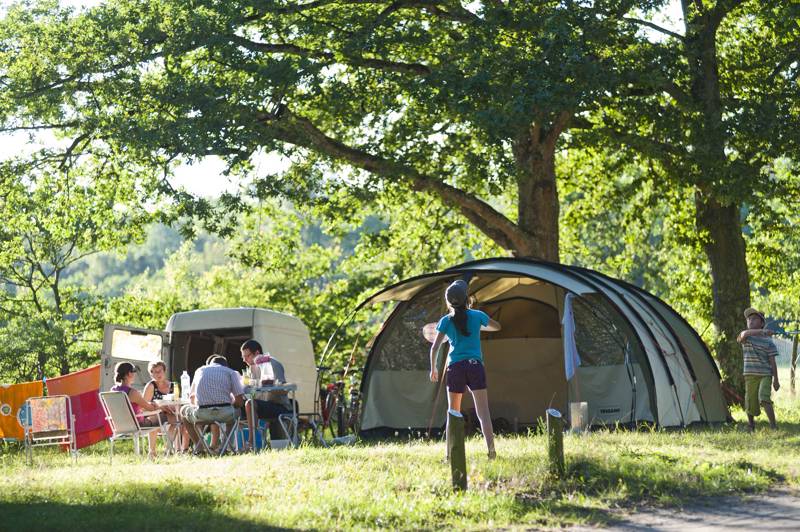 i
Camping in the heart of a natural park, on the doorstep of this region's famous Chateaux! Please state the make and size of your tent or equipment in the notes section of the booking form so that we can be sure you have booked the most suitable pitch.

Grass pitch with electricity Sleeps 6 10 Available
Camping in the heart of a natural park, on the doorstep of this region's famous Chateaux! Please state the make and size of your tent or equipment in the notes section of the booking form so that we can be sure you have booked the most suitable pitch.
Select Dates or Read More 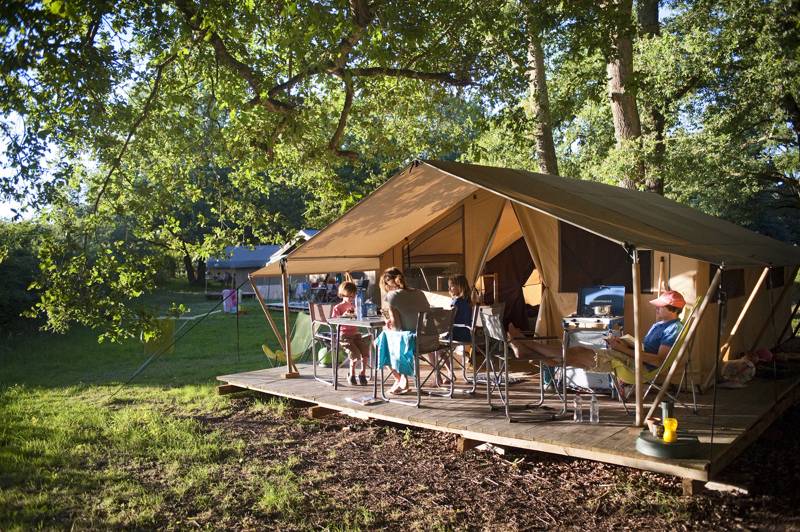 i
Safari style tent for up to 5 people with real beds! 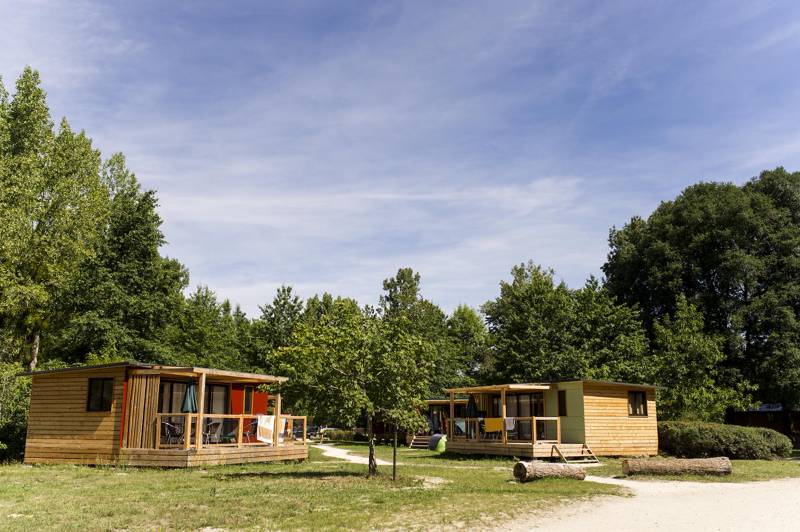 Safari tent was fab! Great tent, loved having shower and toilet in tent, generally clean and comfy in a lovely setting. Really friendly staff and great facilities in campsite. Particularly enjoyed swimming, tennis and bike hire. The cycle paths in area are outstanding. Beautiful,well kept cycle paths through stunning woodland. Castle in Chambourd an easy cycle away and fantastic destination.
★★★★★

Lovely site, large pitches and we had plenty of tree cover for shade. Great pool with a toddler section that our little one loved. Excellent facilities which were consistently clean. We spent a day on rented bikes on a really good route, the reception has cycle maps of the area. I highly recommend this site.
★★★★★

As ever, it’s the standard you would expect from Huttopia, with helpful friendly staff, in a lovely peaceful location, and only a couple of minutes walk from a lovely village
Show more