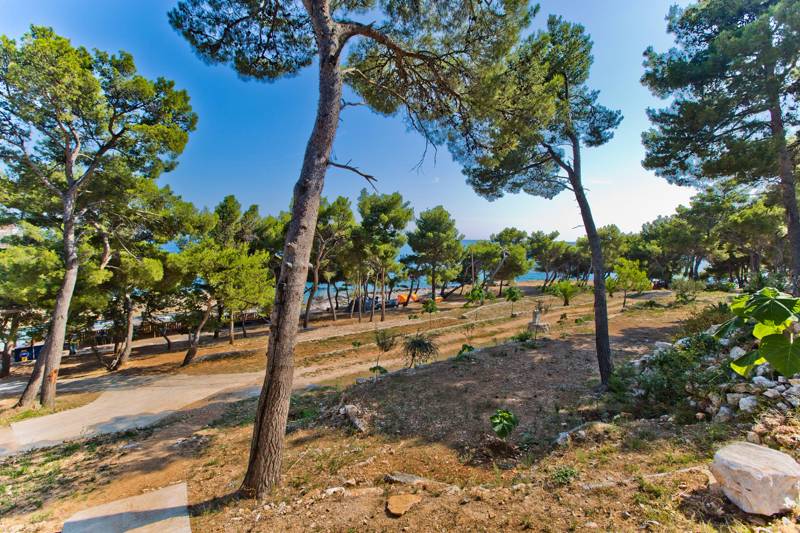 A taste of Hvar, without paying through the (concrete) roof
Croatia might be a top summer destination amongst younger Brits, but for the wealthy Croatians, the ones who can afford holidays, the island of Hvar is the place to be. Of the country’s five million population, around 10 per cent of them travel across the waters to top up their tans in the swankiest French- Riviera-style resorts every year.

Top-end restaurants and bars and bijou designer hotels fill the coastal towns. Not surprisingly, the cost of living on this island is high: a coffee can cost twice as much as on the mainland. But you can hang out with the jet set without the price tag if you camp at Mala Milna. It’s so much better than paying over the odds for a tacky apartment or chancing your luck with one of the hawkers who meet people off the ferries.

Past guests have raved about Mala Milna. Efficiency here happens behind the scenes; no one ever seems to answer the phone, but bookings are promptly confirmed by email. Simple to find from the Stari Grad ferry port, on the road to Hvar Town and on the edge of a well-signposted bay, it’s attractively tucked in amongst a thicket of trees. A track separates the raised camping levels from the sea, whilst a few lucky camper vans get to park right alongside the water’s edge. Cars are parked within easy reach of pitches without spoiling the view and the enveloping woods help to keep temperatures bearable for anyone sleeping under canvas.

It’s worth coming to Mala Milna for the exclusive beaches alone. Many campers are willing to put up with the not-so-clean facilities here in return for this fabulous, affordable location a pebble’s throw away from the inviting water. Although perhaps it’s not the ideal site for young families; on the other hand, the fact that sewage isn’t pumped into the sea meets the approval of most ecologically minded wayfarers.

Many campers pitch up at Mala Milna on their island-hopping journey to the breathtaking Peljesac Peninsular or before retreating to the beachside campsites on the mainland between Omiš and Brela.

Happily for those who don’t fancy hiring a car, staying close to camp is easy. There’s the choice of two small pebble beaches – Mala Milna and Vela Milna – on either side of the campsite. The restaurants open as soon as the first guest arrives, so you’ve not got to travel far from your towel for any food or drink, either. And spending lazy days on the beach will help preserve energy for the impressive four-hour walk to Hvar Town to experience its moneyed glamour. There is a 278 bus stop next to the site, but the service can be sparse (sometimes you just can’t squeeze on, because the seats are full), so be willing to explore the coastal paths on foot. Yes, you can smell the money in Hvar but you’ll find the scenery equally priceless.

After driving out the 13th-century pirates who landed along Dalmatian shorelines and looted whatever they could, the islanders were encouraged to move closer to the sea. Malo Grablje is one of their former abandoned villages and since it opened to the public in 2005 it has fast become one of the island’s major attractions. Give yourself the night off cooking and set off in the early evening (armed with a torch for the short walk back home later) to enjoy some simple, atmospheric home-cooking at the popular restaurant of Stori komin.

Condé Nast Traveller magazine once named Hvar as one of the 10 most beautiful islands in the world. This campsite is your budgetfriendly option. To Hvar good facilities or to Hvar not – that is the question.

Facilities are Virtually non-existent, just 4 showers and 6 toilets; in August only, the owners sell coffee and snacks.