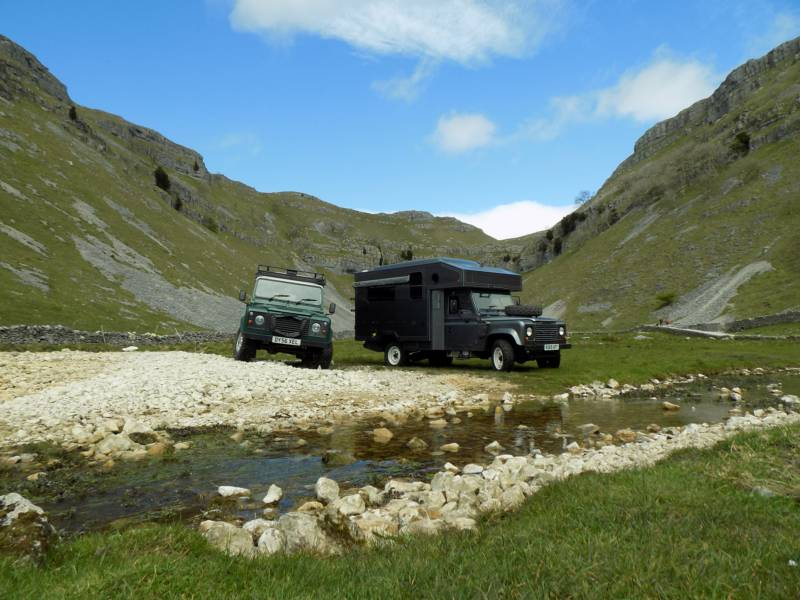 Camper Rovers? Landervans? Whatever you want to call them, these 4x4 campervan conversions are the coolest thing on four off-road wheels

Campervans? They’re so last year. Neat, functional and practical, they’re great, don’t get us wrong. But it’s all a bit, well, conventional, isn’t it? And, when you get to a good campsite, out in the middle of nowhere with epic views and a wild, elemental feel, they can’t always be trusted to handle the terrain.

The answer: How about taking Britain’s most iconic 4x4, fitting it out with a custom-made pop-top roof, a well-equipped kitchen, a shower room and fold out beds to create a truly eye-catching off-road camping vehicle? That’s what Claire and Mark did. Their trusty Land Rover Defender 110 became such a head turner on camping holidays that, before long, people were asking if they could rent it, borrow it, or steal it in the dead of night and, bada-bing, bida-boom, Overland Campers was born.

After converting another Defender 110 and a further three Land Rover Pulse Ambulances, Claire and Mark now have a real fleet of rentable camper-rovers, perfect for festival dirtbags who want to look the part, as well as camping families who just want something a little more exciting. And, since the Land Rovers are suitably different from regular campervans, they’re often welcomed (by request) on campsites that don't ordinarily allow motorhomes too – an added perk.

The vehicles are, of course, full of quirks. ‘Lance’ still has the blue light from its days as a battlefield ambulance and ‘Amber’ still has the red cross shutter flaps over the side windows and military paintwork. Inside, meanwhile, there’s heating and electricity (aided by solar panels on the roof), bucket loads of storage and comfortable living space. They are not, of course, the fastest or quietest of vehicles but, then, ordinary campervans aren’t known for their speed either. And, in many ways, the more time you get to spend behind the wheel in these exhilarating machines the better! 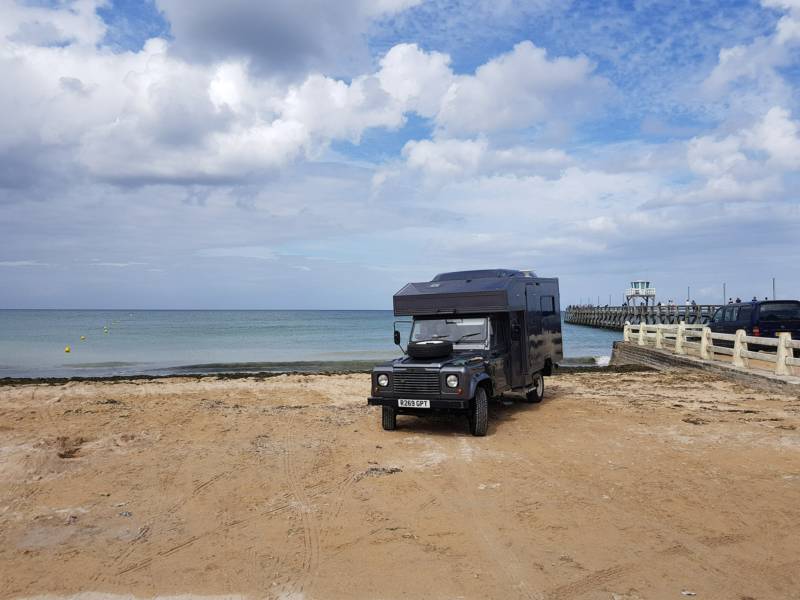 i
Land Rover Military Ambulance. Lance sleeps up to 5 is pet-friendly and perfect for taking along the whole brood.

Land Rover Sleeps 5
Land Rover Military Ambulance. Lance sleeps up to 5 is pet-friendly and perfect for taking along the whole brood.
Select Dates or Read More 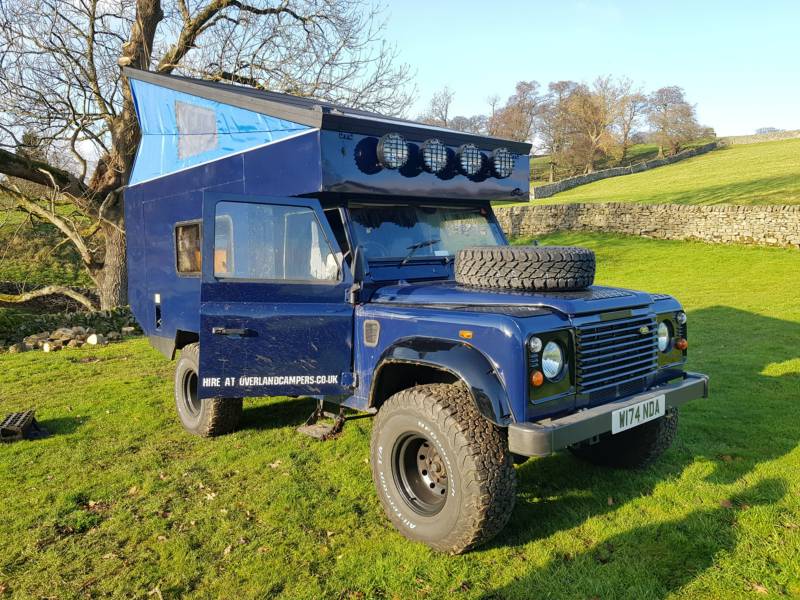 i
Land Rover Defender sleeps up to 3. Fergal is rugged yet cosy, great for couples, festivals and road trip adventuring. Fergal is per-friendly if you don't want the family pooch to miss out.

Land Rover Sleeps 3
Land Rover Defender sleeps up to 3. Fergal is rugged yet cosy, great for couples, festivals and road trip adventuring. Fergal is per-friendly if you don't want the family pooch to miss out.
Select Dates or Read More 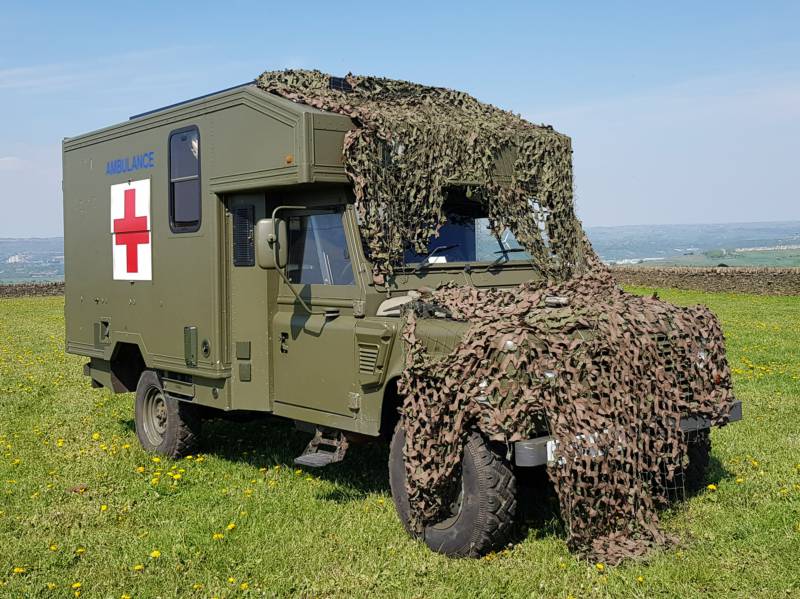 i
Land Rover Defender Pulse battlefield ambulance, sleeps up to 4. Amber is amazing for luxurious holidays away. 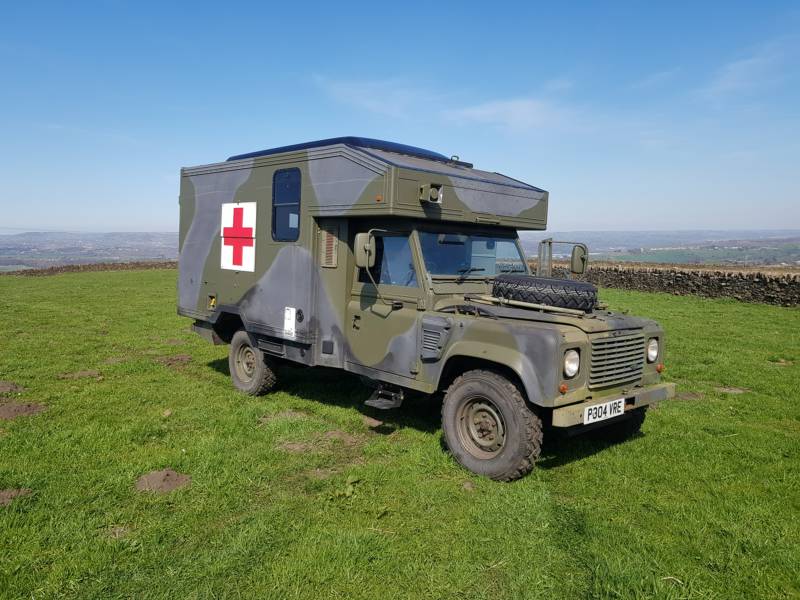 i
Land Rover Defender Pulse battlefield ambulance, sleeps up to 4. Stirling is our newest addition and great for exploring the UK in style.

The current fleet at Overland Campers includes three Land Rover Military Ambulances and a Land Rover Defender 110. Our luxurious converted Land Rovers all have pop up roofs, fold out beds, tons of storage and a whole range of other features including well-equipped kitchens, WC, showers, solar panels and comfortable seating.  They are heated, keeping you cosy on the chillier nights. Whether you’re embarking on a long road trip adventure, going to a sports event, off to a festival, or just want to have a few days away, our campers will get you there in style.

Located in West Yorkshire we have easy access to the M1 and M62 motorway networks, Leeds Bradford Airport and Manchester Airport. Close to the Yorkshire Dales, Yorkshire Coast, Peak District and Lake District we are ideally placed for the start of your adventure.

There is only one pick-up and drop-off location, near Huddlesfield, with good access to the M1 and M62 motorways. 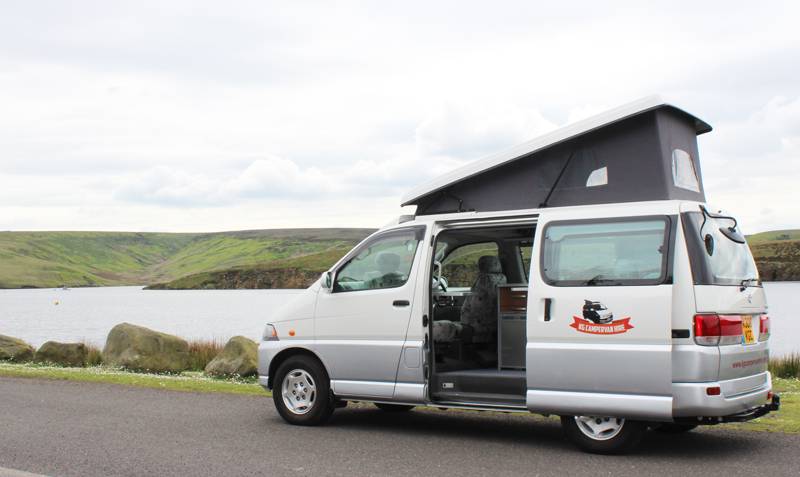