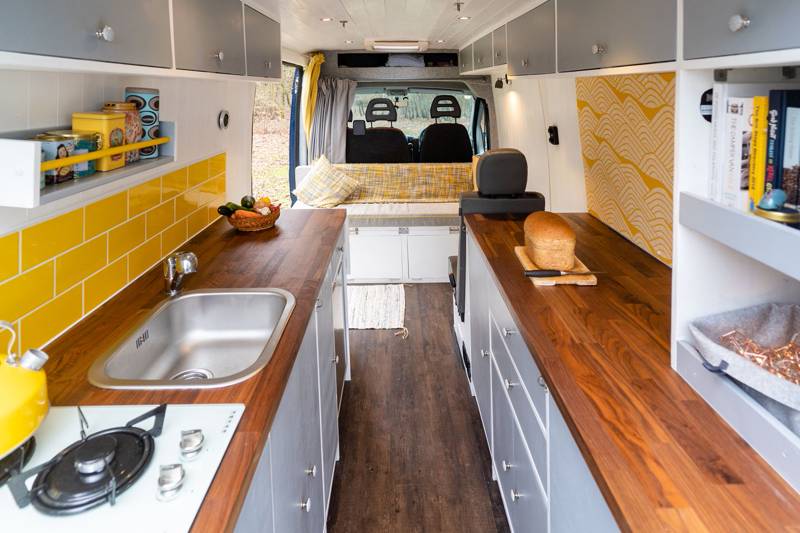 Duke will make your dreams come true. Step into this luxury apartment and enjoy the slick kitchen, the quality materials and the chilled vibe.

From £276 for a winter weekend, to £777 for a summer week.
Unlike your average crib, he goes wherever you go. Hire this luxurious campervan from East Sussex and head to the coast, the big smoke or even to Europe.His owners Tom and Holly caught the camper van bug while travelling in Australia. They did a basic conversion of a dinky Mazda but dreamed of doing something bigger and better. 7 years later, that dream is a reality. And my, what a conversion they have achieved!His worktops appear to go on forever, meaning that cooking is never a chore, with bags of storage space to keep things in order. Plus he comes equipped with top notch kitchen equipment. This is camping, but not as you know it.Holly became pregnant during the conversion so they had to get their thinking caps on to build something that would accommodate the four of them. They came up with a clever design we’ve not seen before - transforming those lovely worktops into 2 kids bunks. The sofa then becomes a double bed for the grown-ups.The addition of solar panels means you can go completely off grid should you wish! And last but not least, did we mention Duke has heating? So whether you fancy a winter expedition or just want to keep the littl'uns warm on a cold summer’s night, Duke’s got you covered. Read More

Beautiful campervans, each with their own individual, handcrafted interior

Various locations around the country